Secretary of State Antony Blinken said Wednesday that the U.S. government “assesses that members of Russia’s forces have committed war crimes in Ukraine.”

The administration has been pressed for weeks on whether Russia has committed war crimes in Ukraine, and Blinken’s declaration marks the official stance by the U.S. government on the subject.

“Today, I can announce that, based on information currently available, the U.S. government assesses that members of Russia’s forces have committed war crimes in Ukraine,” Blinken said in a statement.

“Our assessment is based on a careful review of available information from public and intelligence sources.  As with any alleged crime, a court of law with jurisdiction over the crime is ultimately responsible for determining criminal guilt in specific cases,” Blinken continued.

Blinken, in his statement, pointed out that just last week he noted that he personally believes war crimes have been committed by Russia in Ukraine. His comment echoed that of President Joe Biden, who said March 16 that he believed Russian President Vladimir Putin to be “a war criminal.” 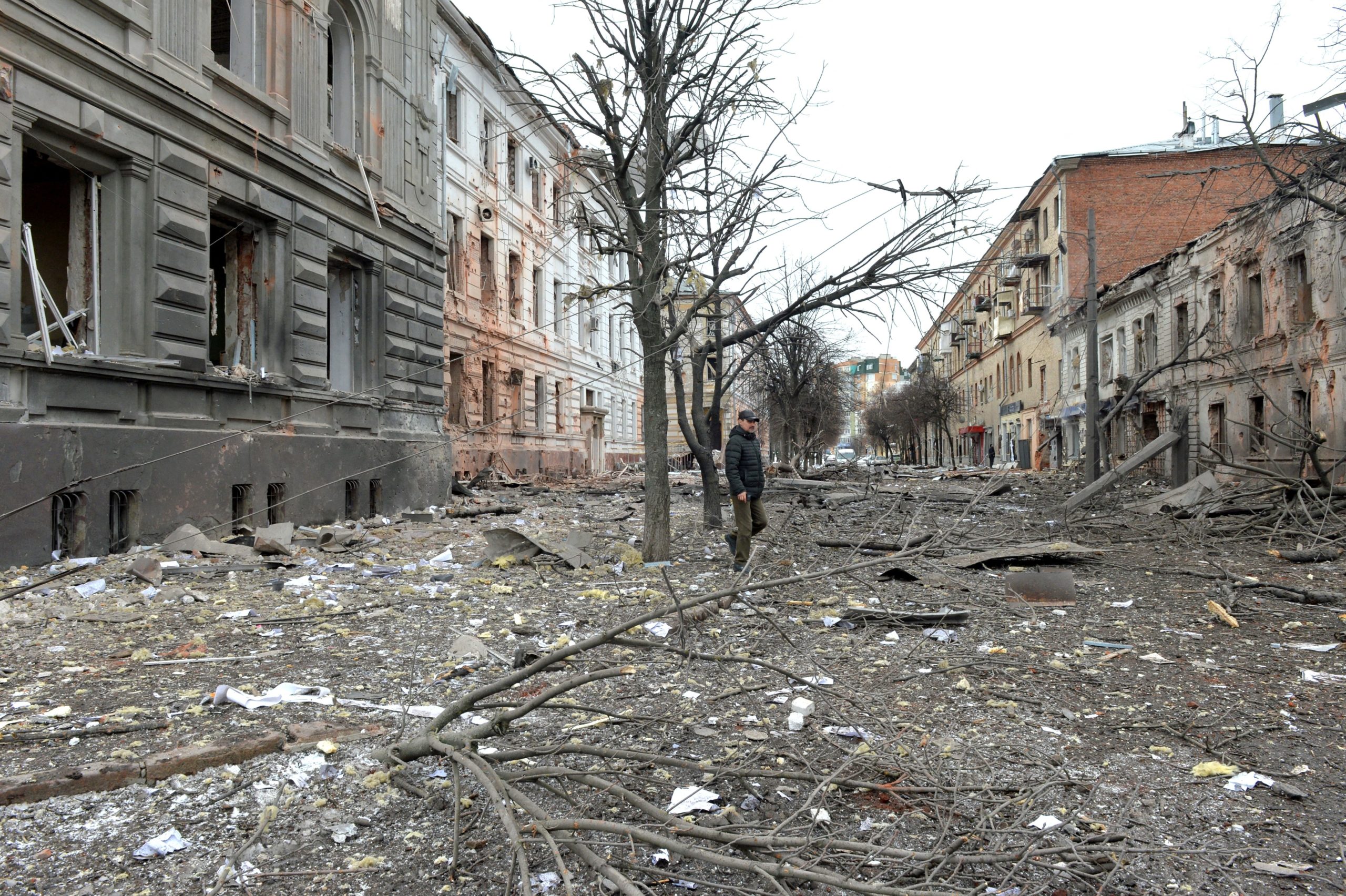 TOPSHOT – A pedestrian walks amid debris in a street following a shelling in Ukraine’s second-biggest city of Kharkiv on March 7, 2022. – On the 12th day of Russia’s invasion of Ukraine March 7, 2022, Russian forces pressed a siege of the key southern port of Mariupol and sought to increase pressure on the capital Kyiv. Kyiv remains under Ukrainian control as does Kharkiv in the east, with the overall Russian ground advance little changed over the last 24 hours in the face of fierce Ukrainian resistance. (Photo by Sergey BOBOK / AFP) (Photo by SERGEY BOBOK/AFP via Getty Images)

Despite Blinken and Biden’s comments on the subject, the administration as a whole has, until Wednesday, been quick to point to the “legal process” in officially making such a declaration.

Shortly after Biden called Putin “a war criminal,” White House press secretary Jen Psaki said “he was speaking from his heart” and that the “legal process” to make any official stance was ongoing — a process that Blinken also mentioned in his statement on Wednesday.

“I noted then that the deliberate targeting of civilians is a war crime,” Blinken said, referring back to his earlier comments where he expressed his personal beliefs. “I emphasized that Department of State and other U.S. government experts were documenting and assessing potential war crimes in Ukraine.” (RELATED: US Is Documenting ‘Credible Reports’ Of War Crimes Against Putin, Blinken Says)

“Many of the sites Russia’s forces have hit have been clearly identifiable as in-use by civilians,” Blinken said. “This includes the Mariupol maternity hospital, as the UN Office of the High Commissioner for Human Rights expressly noted in a March 11 report. It also includes a strike that hit a Mariupol theater, clearly marked with the word ‘дети’ — Russian for ‘children’ — in huge letters visible from the sky.”

“Putin’s forces used these same tactics in Grozny, Chechnya, and Aleppo, Syria, where they intensified their bombardment of cities to break the will of the people.  Their attempt to do so in Ukraine has again shocked the world and, as President Zelenskyy has soberly attested, ‘bathed the people of Ukraine in blood and tears,'” he added.

The U.S. government’s findings coincide with Biden’s trip to Europe. He travels to Brussels, Belgium, on Wednesday to attend an extraordinary NATO Summit and a European Council Summit regarding Russia’s invasion of Ukraine. The president will also stop in Warsaw, Poland, during the trip.