“Powell has not been nearly aggressive enough in addressing inflation,” Charles Beauchamp, a finance professor at Mississippi College, told the DCNF. “He’s been too slow and cautious so far, which places him further behind, given the relatively high level of inflation.”

“Now he’s in the much less favorable position of having to increase rates into a decelerating economy,” Beauchamp said. 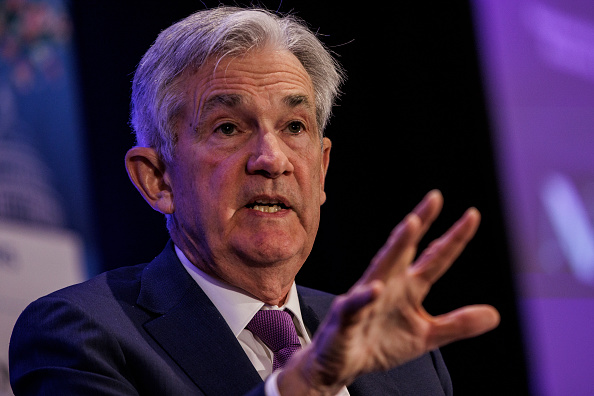 Federal Reserve Board Chair Jerome Powell speaks during a luncheon at the 2022 NABE Economic Policy Conference at the Ritz-Carlton on March 21, 2022 in Washington, DC. (Photo by Samuel Corum/Getty Images)

The Fed announced March 16 it would increase rates by .25% to .5% from its current near-zero level throughout 2022 amid an overheating economy, soaring inflation and falling unemployment. Powell added Monday that inflation has become a more significant concern for the U.S. economy and suggested the central bank take stricter measures to address the surging prices, including more aggressive rate hikes.

“We will take the necessary steps to ensure a return to price stability,” Powell said in a speech for the National Association for Business Economics on Monday. (RELATED: Jobless Claims Fall to Lowest Level In Over 50 Years)

“In particular, if we conclude that it is appropriate to move more aggressively by raising the federal funds rate by more than 25 basis points at a meeting or meetings, we will do so,” Powell said. “And if we determine that we need to tighten beyond common measures of neutral and into a more restrictive stance, we will do that as well.”

The root of the inflationary problem stems from what Texas Public Policy Institute Economist E.J. Antoni calls “easy money,” referring to the ability to borrow money at little or no cost.

“The Federal Reserve over the last couple of years has created an easy money addiction, where the economy right now is founded on cheap credit and the ability to borrow money essentially at no cost,” Antoni told the DCNF. “Instead of doing what they need to do, which is cutting off the addiction immediately by hiking rates hard and fast, Powell wants to create a soft landing where they will slowly try and ween the country off this cheap money.”

Powell is scared to take any action that would cause substantial pain. Clara Del Villar, director of Senior Initiatives at FreedomWorks Foundation, told the DCNF, adding that the Fed has been way too slow to address inflation. (RELATED: Americans’ Spending Slows Dramatically Amid Surging Inflation And Gas Prices) 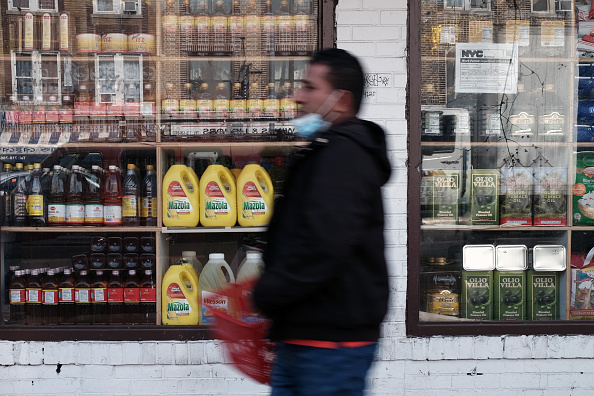 A man walks by a grocery store in Brooklyn on March 10, 2022 in New York City. The price of gas, food, cars and other items has hit a 40 year high as inflation continues to rise in America. (Photo by Spencer Platt/Getty Images)

“Powell doesn’t have the stomach to fix inflation,” Del Villar said. “We seemed to change the sentiment– there seems to be more hesitancy to take action in things that will cause pain, and no one wants to do that.”

“The inflationary possibilities here are really serious,” Del Villar added. “They are long-lasting because the Fed has definitely been too slow.”

Both Antoni and Del Villar see more aggressive rate hikes as the key to taming the surging inflation. (RELATED: ANTONI: Biden’s Federal Reserve Is PReoccupied With Anything But Its Job)

“I think the Fed should be raising rates by at least one percentage point after each meeting,” Antoni told the DCNF. “We are staring down the barrel of retail inflation around 8%, we have wholesale inflation in the double digits.”

“This is no time to be monkeying around with these little rate increases when there is so much liquidity out there,” Antoni added. “It will take something pretty dramatic to soak it all up.”

Del Villar also sees aggressive rate hikes as the only plausible option adding that double-digit inflation will ultimately hurt middle-income individuals the most.

“If I were Powell, I would raise rates by 50 basis points tomorrow,” Del Villar said. “It’s going to be really tough, but there is no other choice.”

“You have to take action because the consequences of double-digit inflation in the long term are so devastating to middle-income people, especially those under the age of 40 who may face long term impacts of not being able to buy homes, essential services and other needs,” Del Villar said.

President Joe Biden has been quick to blame the recent inflation on supply chain disruptions and the invasion in Ukraine, but the real problem stems from Powell’s increase of the money supply and years of reckless fiscal spending, Beauchamp told the DCNF.

Editor’s Note: This article has been updated.