President Joe Biden’s administration announced Thursday that the U.S. is prepared to welcome up to 100,000 refugees fleeing Russian aggression.

Around 3.6 million people have fled Ukraine since Russia invaded, according to the United Nations High Commissioner for Refugees. While the Biden administration has noted that many Ukrainian refugees may wish to remain in Europe, officials said there are plans to accept Ukrainians who wish to come to the U.S., the Washington Post reported.

According to The Post, the number of refugees accepted by the U.S. could change. For now, however, it remains capped at 100,000, according to a fact sheet provided by the White House.

“While we expect many Ukrainians will choose to remain in Europe close to family and their homes in Ukraine, today, the United States is announcing plans to welcome up to 100,000 Ukrainians and others fleeing Russia’s aggression through the full range of legal pathways, including the U.S. Refugee Admissions Program,” the White House said in its fact sheet.

“In particular, we are working to expand and develop new programs with a focus on welcoming Ukrainians who have family members in the United States. The United States and the European Union are also coordinating closely to ensure that these efforts, and other forms of humanitarian admission or transfers, are complementary and provide much-needed support to Ukraine’s neighbors,” the fact sheet continued. 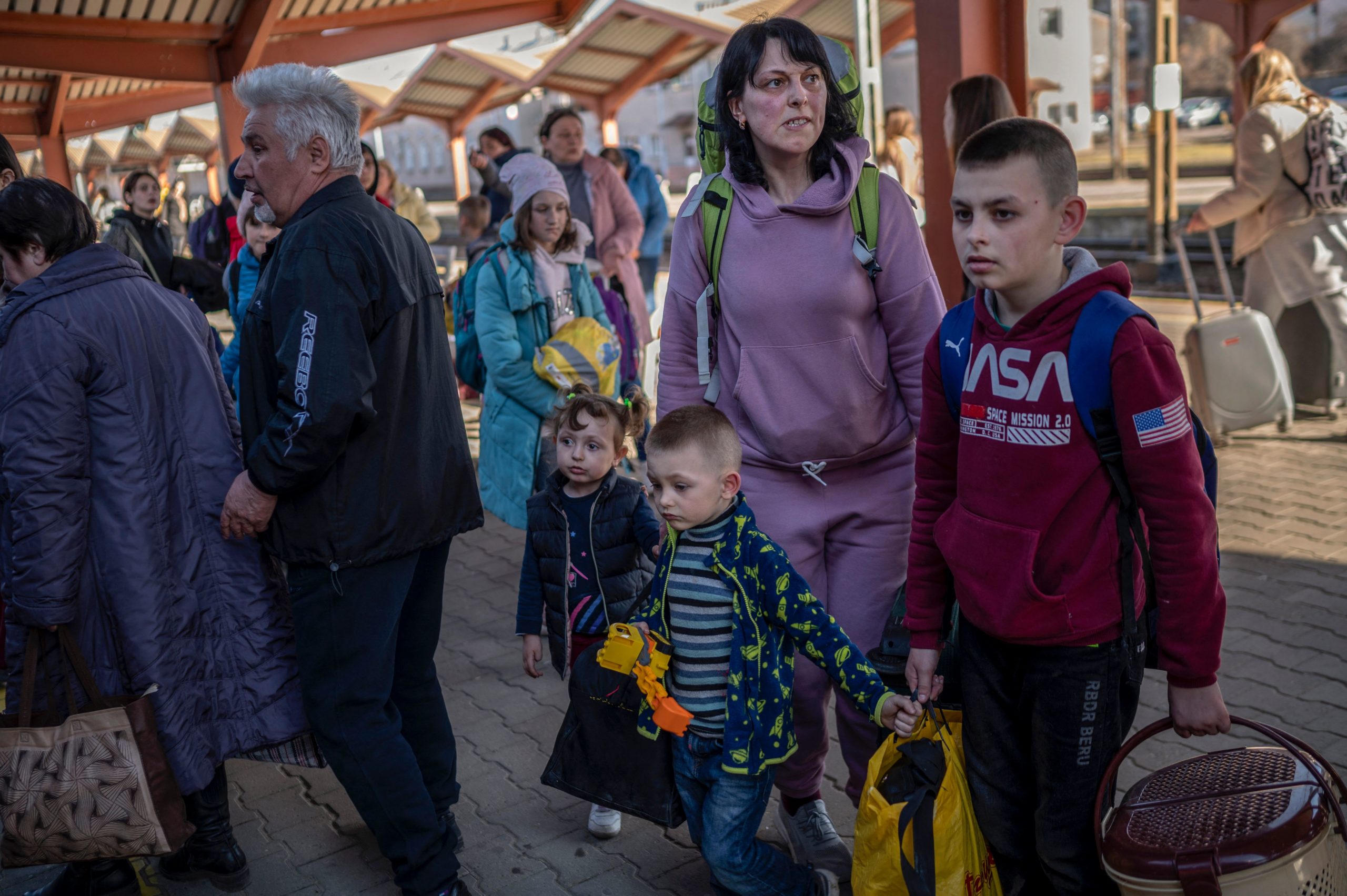 Ukrainian evacuees board a train to Warsaw at the rail station in Przemysl, near the Polish-Ukrainian border, on March 23, 2022, following Russia’s military invasion launched on Ukraine. (Photo by Angelos Tzortzinis / AFP) (Photo by ANGELOS TZORTZINIS/AFP via Getty Images)

The administration also announced Thursday its plans to provide over $1 billion “in new funding towards humanitarian assistance” aimed at providing basic needs such as food and shelter. (RELATED: EXCLUSIVE: Packed In ‘Like Cattle’: 17-Year-Old Describes The Horrifying Journey Fleeing From The Russian War In Ukraine)

“We are also announcing an additional $320 million in democracy and human rights funding to Ukraine and its neighbors,” the Biden administration added.

The $1 billion in new humanitarian assistance funding adds onto the United States’ “25-person humanitarian response team” already deployed to the region, according to the White House fact sheet. Meanwhile, the millions dedicated towards bolstering democracy and human rights is part of the United States’ “European Democratic Resilience Initiative” (EDRI).

“The EDRI is expected to support media freedom and counter disinformation, increase the safety and security of activists and vulnerable groups including LGBTQI+ persons, build resilience to strategic corruption and kleptocracy, strengthen democratic and anti-corruption institutions and the region’s rule of law, and support accountability for human rights abuses and violations of international law,” according to the White House.

The Biden administration’s refugee announcement coincides with the president’s trip to Europe. He traveled Wednesday to Brussels, Belgium, to attend an extraordinary NATO Summit and a European Council Summit regarding Russia’s invasion of Ukraine and will then head to in Warsaw, Poland.

While Biden said early on in the invasion that the U.S. would welcome refugees fleeing Ukraine, other administration officials appeared more wary of the idea.

“We expect most displaced Ukrainian citizens will want to stay in neighboring countries or elsewhere in the EU where they can travel visa-free, where they may have family, and where there are large diaspora communities, in the hope they can return home soon,” a State Department spokesperson said earlier in March.

Similarly, White House press secretary Jen Psaki previously focused on the idea that most refugees would want to remain in Europe. She said on March 10 that the administration was “continuing to provide humanitarian assistance to neighboring countries … who are welcoming refugees from Ukraine” because many would wish to remain in that part of the world.