Analysis from election forecaster Sabato’s Crystal Ball released Thursday argues that Latino voters’ recent shift toward the Republican Party may not be permanent.

Former President Donald Trump performed better with Latinos in 2020 than he did in 2016, but there does not appear to be a long-term shift in the demographic’s voting habits, wrote political scientist Alan I. Abramowitz.

After looking at national exit polls and examining Latino support for Democratic candidates between 1984 and 2020, Abramowitz concluded there was no discernible shift in the group’s partisan leanings. Instead, he argued that Latino voters are more inclined to favor a presidential incumbent than other demographics. (RELATED: GOP Steps Up Recruitment Efforts For Black Candidates, Voters)

“Over the past 10 presidential elections, Democratic incumbents have won a substantially larger share of the vote among Latinos than non-incumbent Democrats have,” Abramowitz wrote.

The exit polls showed that Latino support for Democrats has never been steady, with the margin of victory ranging from 9 points against former President George W. Bush in 2004 to 51 points against Bob Dole in 1966, the political scientist wrote. President Joe Biden’s 33 point lead with Latinos over Trump falls in the middle of that range.

“It would be wrong to attribute the Hispanic vote for Trump in Texas to incumbency,” Texas Public Policy Foundation Distinguished Fellow Sherry Sylvester, who leads the foundation’s campaign to “Keep Texas Texan,” told the Daily Caller News Foundation.

One of the most prominent areas in which Democrats have seen diminishing returns among Latinos is South Texas, prompting the Republican National Committee to launch a multimillion-dollar outreach effort across the region, San Antonio Current reported. 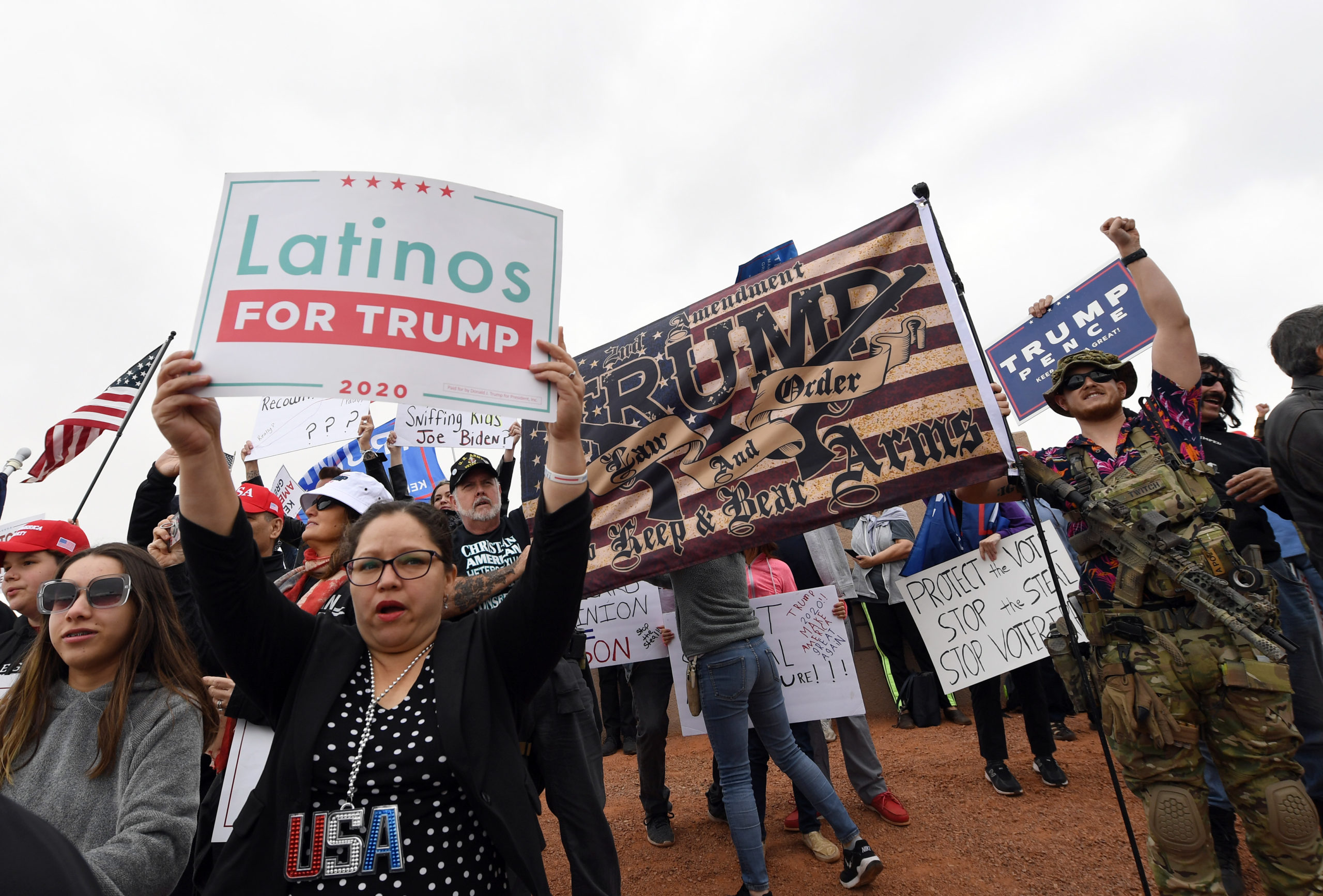 The Wall Street Journal released a poll in December that found Hispanic voters are now evenly split between both parties, while a February survey from the National Republican Congressional Committee’s Battleground Survey Project showed the GOP had cut the Democratic advantage by nearly 20 percent in battleground districts.

“What we’re seeing is really a continuation of what we’ve been seeing for so many years now,” Israel Ortega, national spokesperson for free-market Hispanic advocacy group The LIBRE Initiative, told the DCNF.

“Particularly on economic issues, Latinos are beginning to be a lot more receptive to just the idea of pro-growth, pro-economic opportunity messages that conservatives and Republicans are driving,” he said.

While Abramowitz acknowledged it is yet to be seen if Democrats have a long-term problem with Latinos, he argued that, if voting patterns act as they’ve done in the past, Biden will likely increase his share of the Latino vote in the 2024 presidential election.