The U.S. announced more sanctions against Russia on Thursday, as President Joe Biden is in Europe for a series of summits with NATO and G7 leaders.

Thursday’s sanctions target more high-profile Russian individuals and add on to those implemented by the Biden administration earlier in March.

Secretary of State Antony Blinken noted in a statement that the latest sanctions target 328 members of the Russian State Duma, the lower house of the country’s parliament. In addition, the U.S. is sanctioning the Russian State Duma “in its entirety,” as well as Russian President Vladimir Putin’s close ally Herman Gref, who heads up Sberbank. (RELATED: Biden Warns China Of ‘Consequences’ Should It Aid Russian Invasion Of Ukraine)

More Russian elites, bank board members and defense entities will be sanctioned as part of Thursday’s announcement, too, according to Blinken. 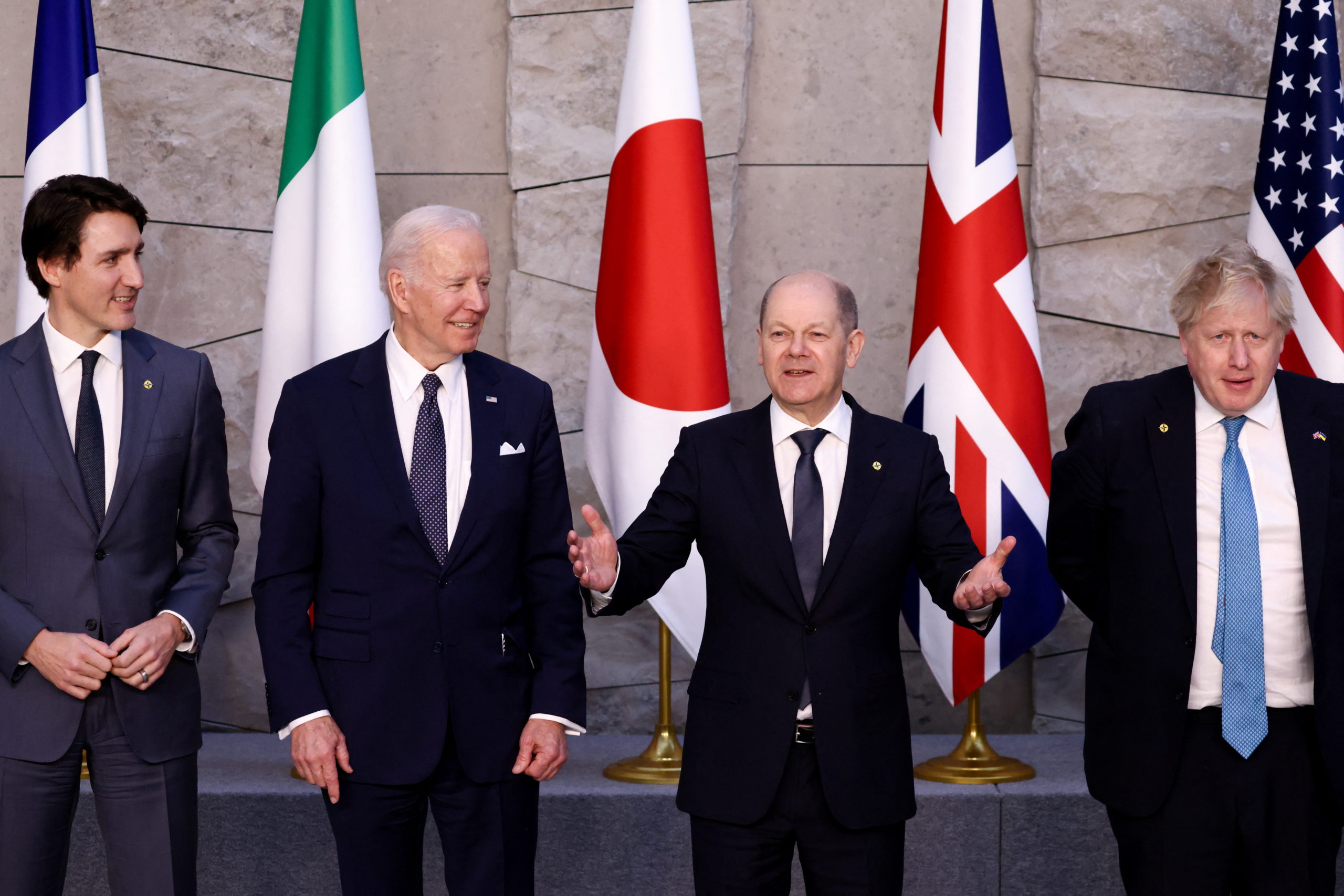 BRUSSELS, BELGIUM – MARCH 24: Canada’s Prime Minister Justin Trudeau, U.S. President Joe Biden, Germany’s Chancellor Olaf Scholz, and British Prime Minister Boris Johnson pose for a G7 leaders’ family photo during a NATO summit on Russia’s invasion of Ukraine, at the alliance’s headquarters in Brussels, on March 24, 2022 in Brussels, Belgium. Heads of State and Government take part in the North Atlantic Council (NAC) Summit. They will discuss the consequences of President Putin’s invasion of Ukraine and the role of China in the crisis. Then decide on the next steps to strengthen NATO’s deterrence and defence. (Photo Henry Nicholls – Pool/Getty Images)

“As part of this action, we are also targeting multiple Russian elites to include their properties and family members,” Blinken said. “Notably, this will include 17 members of the board of PJSC Sovcombank, a designated entity. These executives join the growing list of individuals associated with blocked Russian financial institutions that now also find themselves subject to U.S. sanctions.”

“Additionally, the United States is taking action to impose additional severe costs on Russia’s defense establishment. This includes designating multiple defense-related entities and one associated individual. An important component of today’s action is designating Russian defense companies that are part of Russia’s defense-industrial base and that produce weapons that have been used in Russia’s war of aggression,” Blinken continued.

Biden is attending an Extraordinary Summit of NATO heads of state and government Thursday to discuss efforts to help Ukraine amid Russia’s invasion. The president is also attending a G7 Leaders’ meeting Thursday.

The administration also announced additional humanitarian aid for Ukraine, which includes over $1 billion “in new funding.” The U.S. said it will welcome up to 100,000 refugees fleeing Russian aggression, though the White House has noted that many may prefer to remain in Europe.

As the Russian invasion continues, NATO is also expected to commit to increasing its troop presence along the eastern flank, according to CNBC.