In a piece titled “Supreme Court nominee’s ’empathy’ is flashpoint for Senate,” the AP claims that “empathy is not a quality many Republican senators want to see in the next Supreme Court Justice.”

“Traditionally considered an admirable attribute, the ability to empathize with another’s plight has become a touchstone for GOP opposition to Judge Ketanji Brown Jackson,” the article states. 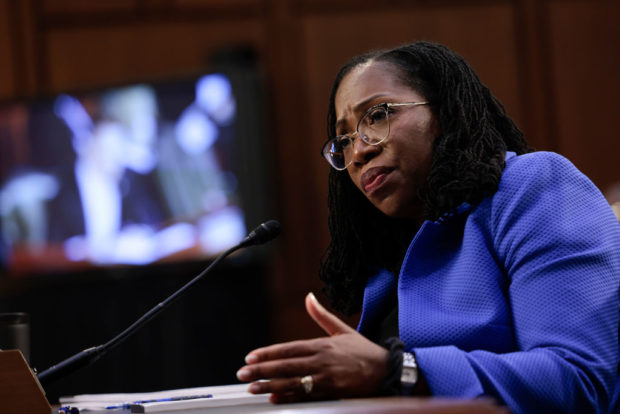 The article claims President Joe Biden made the “long overdue” nomination in an effort to make “the judicial branch begin to look more like America.”

“But on the other side of the Senate, Republicans lining up to oppose the historic nomination are warning that Jackson carries too much empathy to the job.” The article then cites criticism from Republicans that Jackson sentenced defendants in child pornography cases “too leniently” and that Republicans believe Jackson has displayed compassion for some of the defendants she represented.

While Republican North Carolina Sen. Thom Tillis and Arkansas Sen. Tom Cotton both noted Jackson is empathetic, according to the AP, opposition from Republican senators doesn’t necessarily boil down to her empathy alone.

Jackson has defended her record, saying Tuesday in an exchange with Democratic Illinois Sen. Dick Durbin that “as a mother and a judge who has had to deal with these cases, I was thinking that nothing could be further from the truth.”

She also reiterated Congress determines how judges are supposed to sentence and that judges must take into account several aspects of an offense before sentencing. (RELATED: ‘I’m Not A Biologist’: Judge Jackson Declines To Answer Whether A 20-Week-Old Unborn Child Can Live Outside The Womb)

Republicans have also zeroed in on Jackson’s defense of Guantanamo Bay detainees. Jackson represented four alleged terrorists held in Guantanamo Bay during her time as a public defender. While Jackson and Democrats argue the constitution protects accused terrorists’ rights to a defense attorney, Republicans claim her defense went past her required duties.