Democrats and White House officials have pushed for both greater domestic fossil fuel production and less reliance on fossil fuels over the last 24 hours.

“The utilities are coming in and saying, ‘We need this because we’re shifting to clean energy.’ They’re our biggest advocates on this work on the Hill,” White House National Climate Advisor Gina McCarthy said Thursday, Politico reported. “This is not a fight about coal anymore.”

“It is a challenge about natural gas and infrastructure investments because we don’t want to invest in things that are time limited,” McCarthy said, Politico reported. “Because we are time limited.”

However, President Joe Biden announced a deal with the European Union on Friday morning to export an additional 15 billion cubic meters of liquefied natural gas (LNG) to member nations in 2022. The U.S.-EU agreement announcement also suggested additional exports would be reported in 2023. (RELATED: Biden’s Green Transition May Usher In More Energy Insecurity. Here’s How)

“Of course, that amount will grow over time,” he said.

But Biden noted at a press conference that the deal called for “reducing Europe’s demand for gas overall,” even as the plan itself and Sullivan forecasted greater LNG exports to the continent. In addition, the president said the Ukraine crisis, which has led to a U.S. ban on Russian oil imports and a promise from EU nations to ditch Russian energy, proved the need for the world to “double-down on our clean energy goals.”

“The strategy that we’re announcing today to address the near term is to reduce demand for fossil fuels — natural gas in particular — and also filling in for natural gas that would have come from Russia in the very near term to avoid people getting cold this winter and next winter before clean energy is deployed at scale,” a senior administration official told reporters during a briefing Friday. 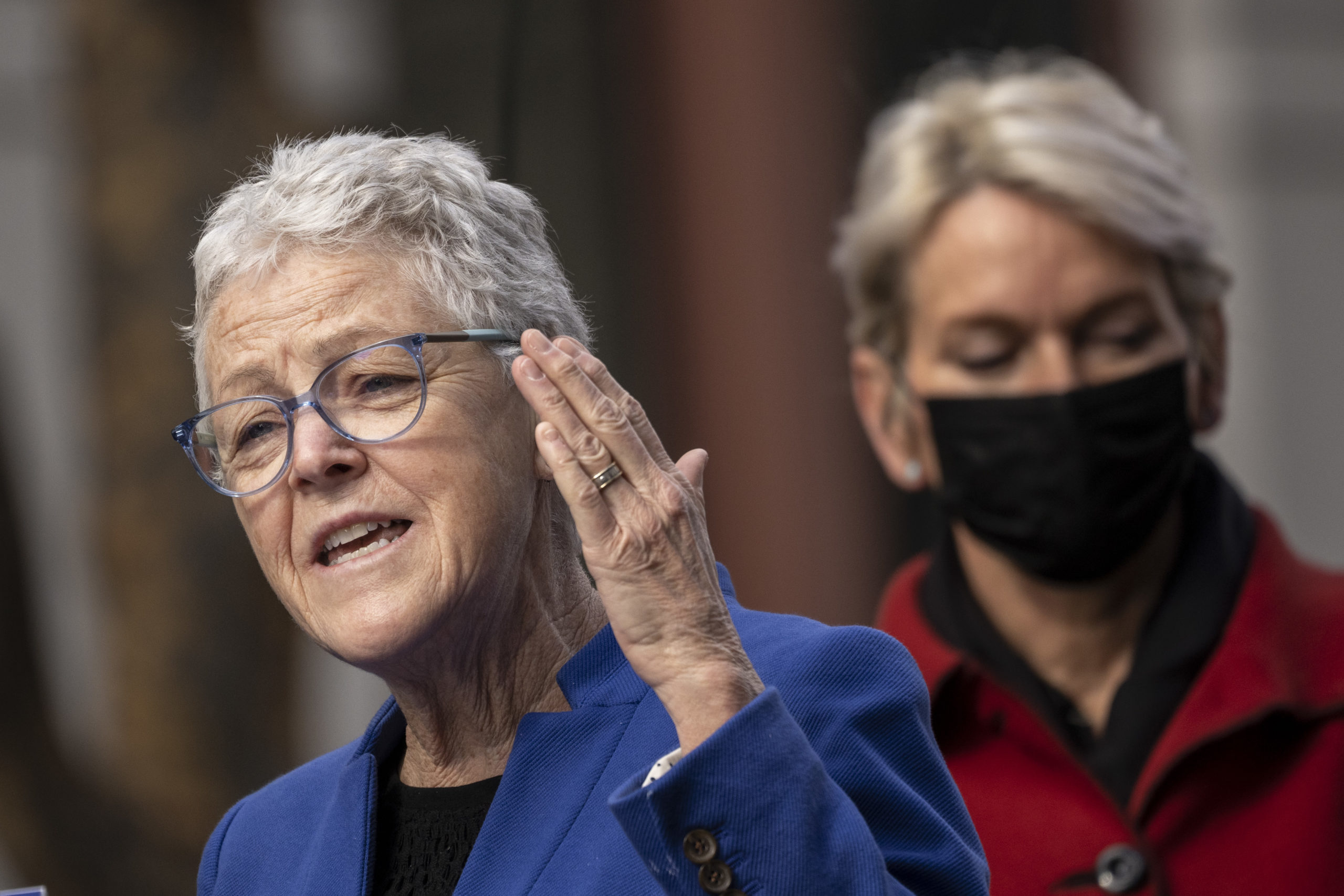 Meanwhile, the Federal Energy Regulatory Commission (FERC), a Democratic-majority U.S. agency that regulates pipelines, made a sudden reversal to a climate policy announced in February. On Thursday, the commission struck the policy, which mandated a more stringent environmental review of pipelines and other fossil fuel projects, saying it would now consider the policy a “draft.”

In another reversal, Energy Secretary Jennifer Granholm said Thursday that the global transition to clean energy “must be accelerated” during a meeting with the International Energy Agency in Paris. However, during a March 9 speech at the energy industry CERAWeek conference, Granholm said the U.S. was on “war footing” and needed to “increase short-term supply” of fossil fuels.

“In the short term, yes, we need domestic increase in oil production,” Khanna told Bloomberg on March 16. “And that obviously, is going to not be consistent in the very short term with climate aspirations.”

One day later, the Congressional Progressive Caucus, a group Khanna is a member of, called for sweeping bans on federal oil and gas leasing.

In response to the crisis, Democrats have pushed for higher taxes on Big Oil and temporary stimulus checks to help Americans pay for higher gasoline prices.

“The Democratic party has never taken climate change as seriously as it should,” Democratic Rhode Island Sen. Sheldon Whitehouse said, The Guardian reported on Friday. “It has never put the energy into it that would create a public reaction of support that would then encourage more activity.”