“For God’s sake, this man cannot remain in power!” Biden said in a speech in Poland.

The White House quickly walked back Biden’s remarks moments after his speech ended, stating the president was not discussing regime change nor Putin’s power in Russia. However, the remarks prompted reactions from U.S. allies in Europe.

“I wouldn’t use this kind of words,” French President Emmanuel Macron said in a television interview on Sunday on France 3, The New York Times reported. “If we want to do this, we mustn’t escalate,” whether it be through “words ” or “actions.”

Macron voiced his support for a ceasefire between Russia and Ukraine, which have been locked in an armed conflict since the former invaded the latter on Feb. 24, the NYT reported. (RELATED: ‘Decisive, Overwhelming Force’: How China Will Learn From Russia’s Invasion)

“I think that’s up to the Russian people,” Nadhim Zahawi, Britain’s education secretary, told Sky News on Sunday, according to the NYT, referring to potential regime change in Russia. He noted he was sure the United States and Britain both agreed it was the Russian people who should determine who leads them. 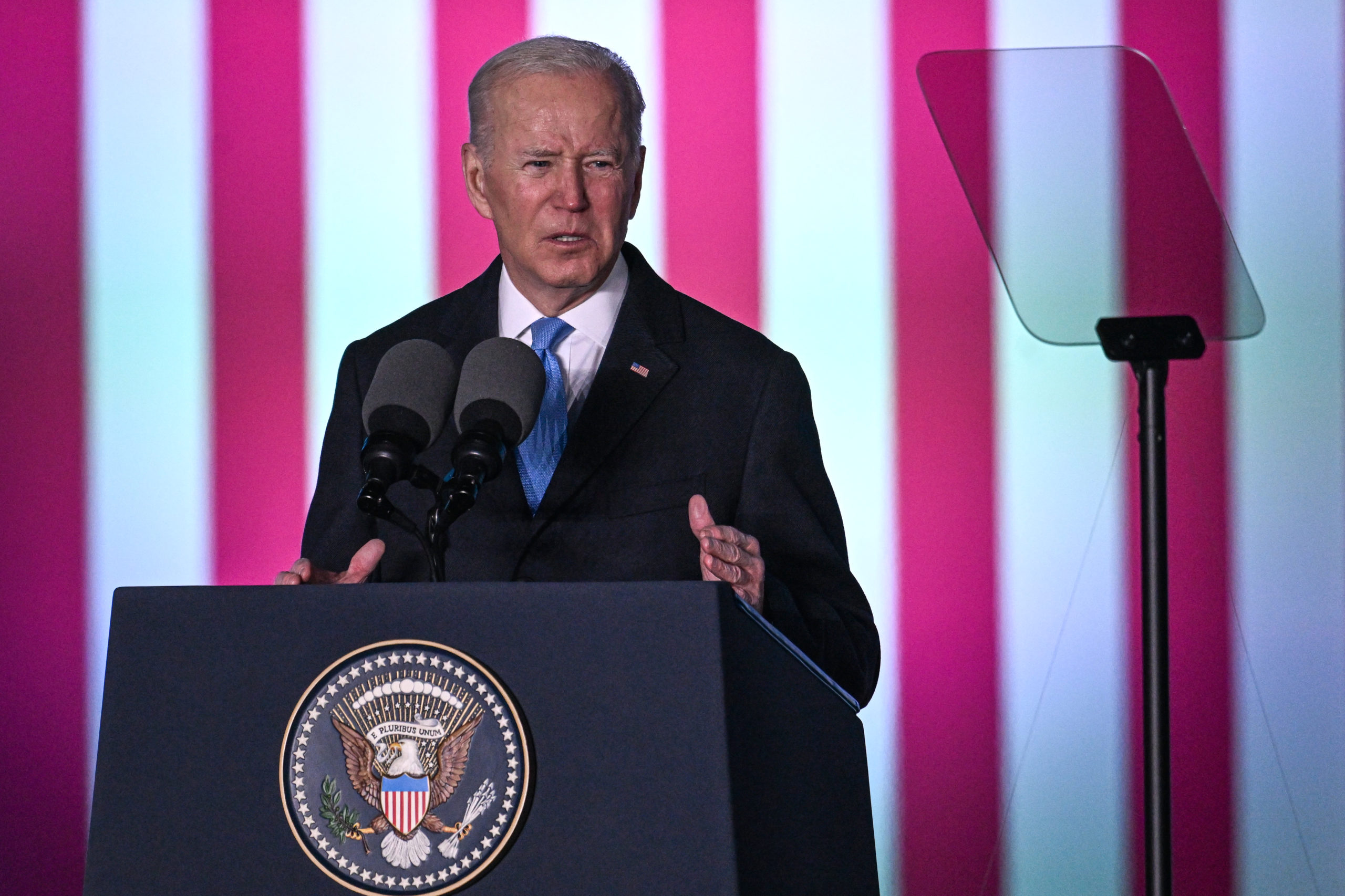 The US President, Joe Biden delivers a speech at the Royal Castle on March 26, 2022 in Warsaw, Poland. (Photo by Omar Marques/Getty Images)

“The Russian people, I think, are pretty fed up with what is happening in Ukraine, this illegal invasion, the destruction of their own livelihoods, their economy is collapsing around them and I think the Russian people will decide the fate of Putin and his cronies,” he said.

Biden’s statement contradicted remarks previously made by his administration emphasizing that the goal of U.S. involvement in the Ukraine crisis was not the removal of Putin from power.

“For us, it’s not about regime change,” Secretary of State Antony Blinken said on CBS News earlier in March. “The Russian people have to decide who they want to lead them.”

The Kremlin pushed back on Biden’s statement, with spokesperson Dmitry Peskov stating it was up to the Russian people to choose their leader, CNN reported.