President Joe Biden’s job approval rating plummeted to a new low as concerns grew over the war in Ukraine and surging inflation, according to an NBC News poll released Sunday.

Only 40% of Americans surveyed approved of the job Biden has done through his first two years, marking the lowest rating since he took office, according to the poll. Just 16% of registered voters strongly approved of Biden’s job, and 71% of those surveyed said the country is “off on the wrong track.”

The poll highlights Americans’ concerns regarding soaring inflation, the overall economy and employment, the war in Ukraine and election integrity. The majority of respondents also offered increased pessimism relating to America’s future place in the world, with 53% of respondents indicating that the U.S. is experiencing the beginning of a long-term decline. (RELATED: Jerome Powell Doesn’t Have The Stomach To Fix Inflation, Experts Say) 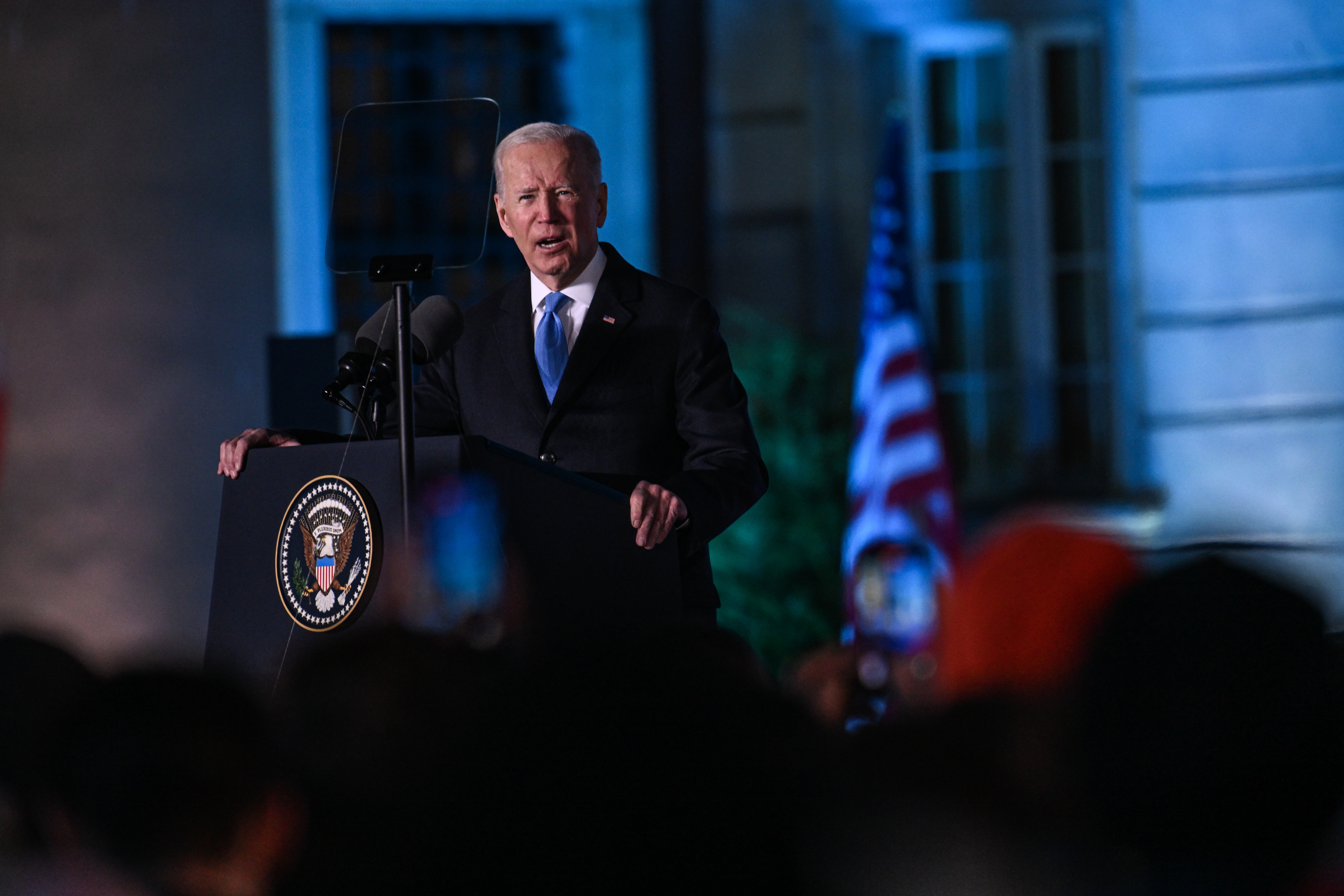 The US President, Joe Biden, delivers a speech at the Royal Castle on March 26, 2022 in Warsaw, Poland. (Photo by Omar Marques/Getty Images)

The poll also found 38% of respondents blamed Biden for the surging inflation, and 28% still think that price increases are associated with the COVID-19 pandemic. Additionally, 62% of Americans see the worst of the pandemic has passed.

“You cannot get down to the low 40s in presidential approval unless you have strained your own base,” McInturff told NBC.