The Biden administration’s failure to pursue a plan for offshore oil and gas leasing will have long-term impacts on American jobs, gross domestic product (GDP) and energy security, an industry report found.

American oil production would decline by roughly 500,000 barrels per day and at least 57,000 energy industry jobs would be lost if the administration declined to issue a five-year leasing plan by July, according to a report published Tuesday by the American Petroleum Institute (API) and National Ocean Industries Association (NOIA). U.S. GDP would decline $5 billion per year under the projection, the study further showed.

“If this delay persists, the impacts will likely continue to grow, reducing longterm oil and natural gas development and production in the region and the economic activity and government revenues that activity supports,” the report stated.

The Department of the Interior (DOI) is required, under the Outer Continental Shelf Lands Act of 1953, to formulate and publish five-year plans detailing prospective offshore oil and gas lease sales. Without a plan in place, the federal government would be unable to hold any offshore lease sales.

But the Biden administration hasn’t moved forward on a new plan even as the current one is set to expire in June, according to a recent Congressional Research Service report. (RELATED: Biden Administration’s Offshore Oil Leasing Policy Will Crush American Energy Security, Experts Say)

The DOI didn’t immediately respond to a request for comment from the Daily Caller News Foundation.

“This study backs up the fundamental realities of the need for continued access to U.S. leasing opportunities in order for our country to secure the supplies of energy we need to run our economy and have affordable, reliable energy,” NOIA president Erik Milito told the DCNF in an interview Tuesday. 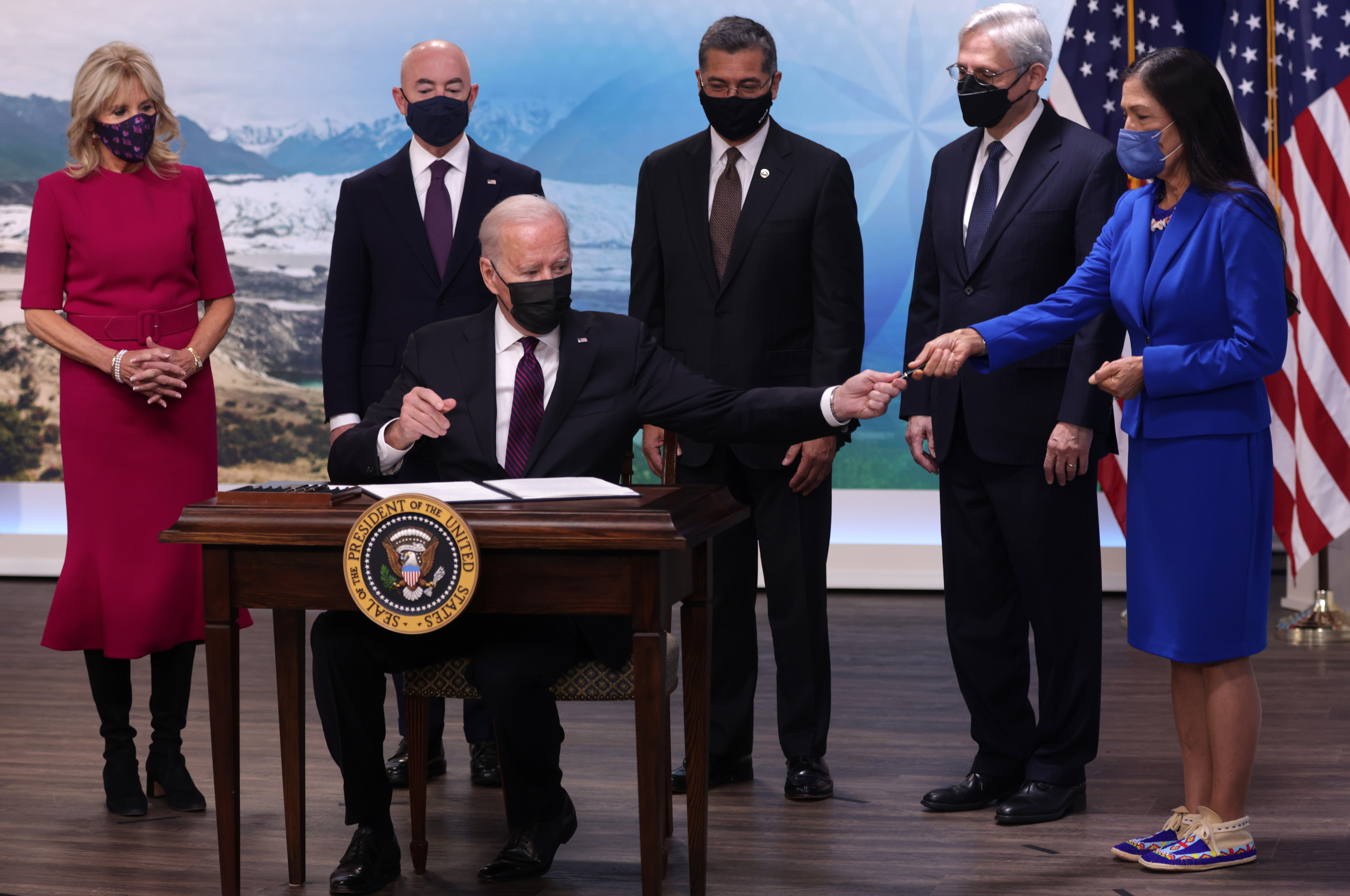 “There’s no sign that the administration is moving forward with the development of a leasing program which is what is required in order to have the actual lease sales,” he continued. “The consequences are significant when it comes to investment, energy production, jobs and government revenues.”

In a best-case scenario, the DOI would have a five-year plan ready to go by early 2023 at the earliest, factoring in the lengthy legal and regulatory reviews required for such a plan, according to Milito.

In January, a federal court nixed a major Gulf of Mexico offshore lease sale that was held in the fall and generated more than $198.5 million in total bids from 33 companies. The DOI said it wouldn’t appeal the ruling.

The department further stated that if an appeals court were to reverse the lower court decision canceling the lease sale, it could choose not to award the leases. (RELATED: Biden Calls For Raising Taxes On Oil Drillers Amid Energy Crisis)

“Interior has the authority to decline to award the leases at that juncture,” the agency wrote in the filing.

“The president has repeatedly said his administration is using every tool at its disposal to address rising energy costs and, recently, the administration began acknowledging for the first time the need for more American oil and gas production,” Frank Macchiarola, API’s senior vice president of policy, economics and regulatory affairs, said during a press briefing Tuesday.

“The Biden administration’s lack of progress on offshore leasing is a clear example of the large gap between rhetoric and reality,” he added.