A high school in northern Virginia is slated to host former FBI deputy director Andrew McCabe for an event on cybersecurity, according to a PowerPoint slide obtained by the Daily Caller. 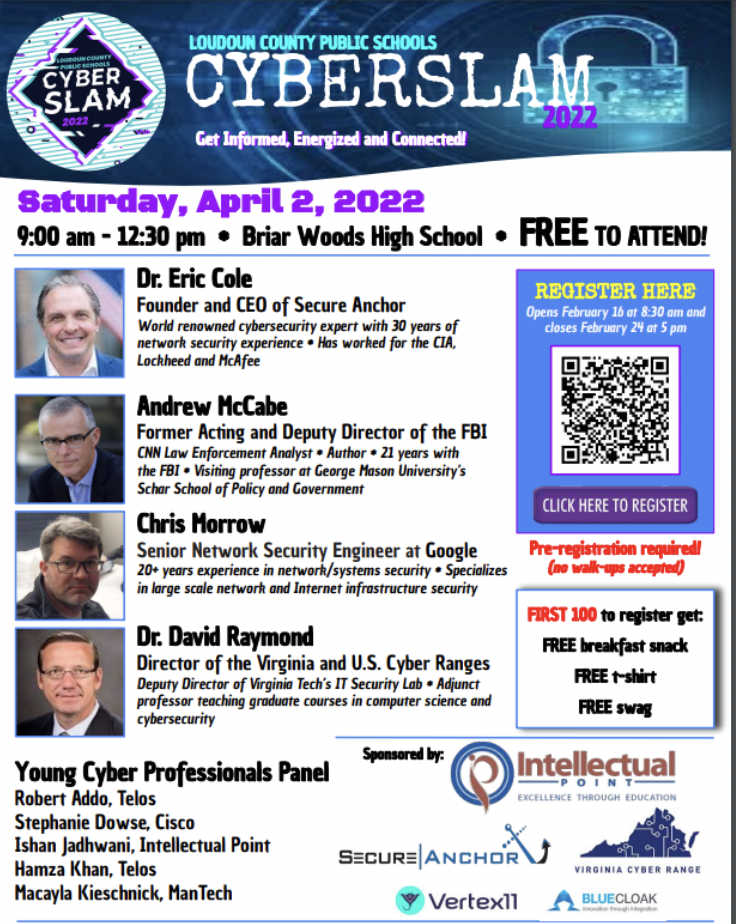 McCabe is an analyst for CNN and was fired from his position at the FBI during the Trump administration after a nonpartisan investigator found he displayed a “lack of candor” in four interviews about his authorization of media leaks to The Wall Street Journal.

The report also found that McCabe may have lied during a May 2017 interview with the FBI and exhibited a “lack of candor” during interviews on July 28, 2017, and Nov. 29, 2017. McCabe reportedly authorized his general counsel, Lisa Page, to speak to The Wall Street Journal for a story about the FBI and Department of Justice’s handling of an investigation into the Clinton Foundation.

Page reportedly shared information about the Clinton Foundation and conversations between McCabe and Justice Department official Matt Axelrod. The IG report found that the FBI allowed media leaks only if they advanced the goals of the FBI.

Loudoun County mother Tiffany Polifko told the Daily Caller that she was not surprised that a known liar was coming to speak to high schoolers. Polifko compared McCabe’s lies to the alleged lies the district’s school board used to cover up two incidents of sexual assault. (RELATED: Loudoun County Parents Demand Superintendent Resign Over Allegations Of Sexual Assault Cover-Up)

“The very people responsible for leading this school district lied and covered up what they knew and when pertaining to sexual assaults,” Polifko said.

“It’s no surprise to me that they would welcome someone like Andrew McCabe,” the mother continued. “Morals aren’t even being modeled by the people who are in charge of this school system, so why would they be concerned about welcoming a speaker who possesses them?”