Will Smith’s smack on Chris Rock may very well taint his legacy and lead to criminal charges against the actor, who reportedly received a visit from the Los Angeles Police Department on Tuesday.

While most condemn Smith’s actions at the Oscars and are critical of his demeanor throughout the evening, some are more compassionate about the way Smith acted towards Rock. No matter which side anyone is personally taking, one thing is for certain: it was a “show of violence.” It has been reported that police attended the scene and spoke to Chris Rock after the incident, but he declined to press charges. That doesn’t seem to have stopped the LAPD from attending Smith’s home, though. Splash News and Page Six posted images showing that the police paid Smith a little visit Tuesday. 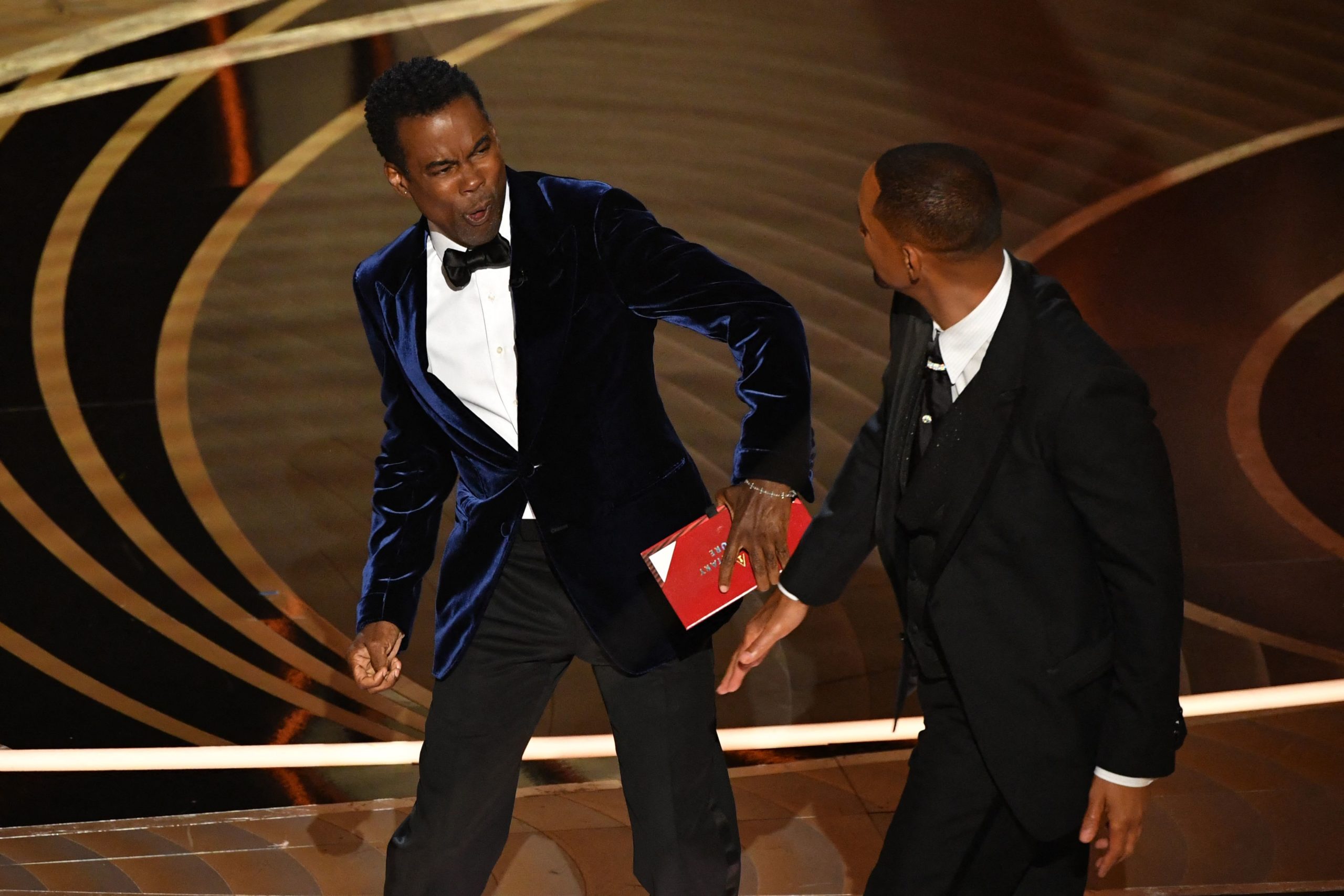 US actor Will Smith (R) slaps US actor Chris Rock onstage during the 94th Oscars at the Dolby Theatre in Hollywood, California on March 27, 2022. (Photo by Robyn Beck / AFP) (Photo by ROBYN BECK/AFP via Getty Images)

Awards night at the Oscars is among the most esteemed events in the entertainment industry. Hollywood comes alive with an endless array of celebrities that strut their stuff on the red carpet. The world’s biggest stars take the spotlight, adorned with expensive jewelry and some of the highest-end couture that money can buy. The awards show is notorious for being a classy, fun event that’s full of glitz and glamor.

But this year, Will Smith forever changed the landscape and may have permanently tainted his very own image in the process. (RELATED: ‘That’s How We Do It’: Will Smith’s Son Responds To Dad’s Slap At Oscars)

After Rock took a jab at Jada-Pinkett Smith by cracking a joke that referenced her appearance, Smith took it upon himself to walk across the stage and deliver a hefty slap across Rock’s face. After the initial shock wore off, everyone turned their attention to the fact that Smith remained in the room and the actor didn’t seem to face any consequences.

Although Rock refused to press charges, the LAPD seemed to make it clear that they could be contacted, should he happen to change his stance. The reported presence of police at Smith’s Calabasas mansion is making fans wonder if the situation is being escalated. 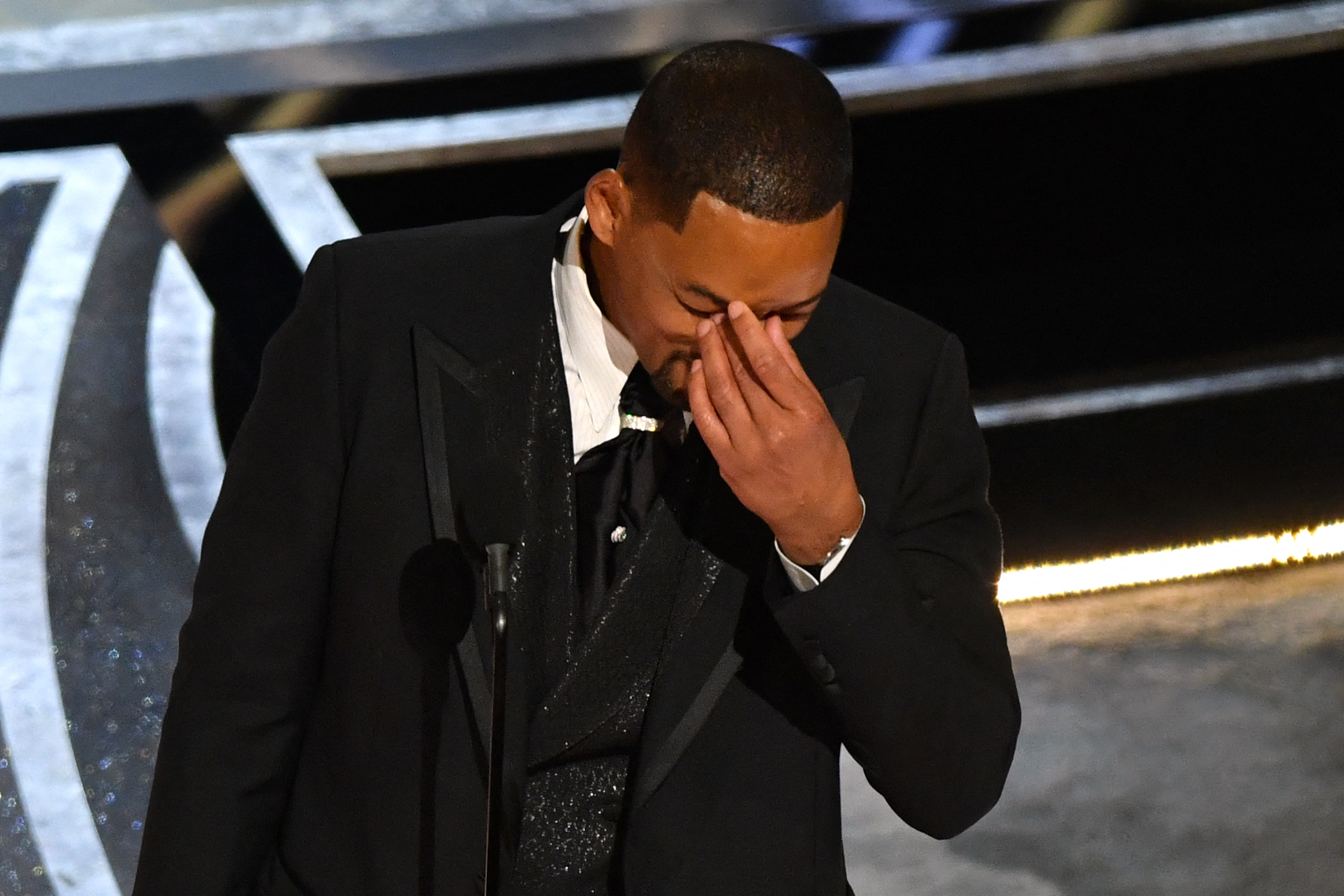 Will Smith accepts the award for Best Actor in a Leading Role for “King Richard” onstage during the 94th Oscars in Hollywood, California on March 27, 2022. (Photo by Robyn Beck / AFP) (Photo by ROBYN BECK/AFP via Getty Images)

The police reportedly attended Smith’s residence at 2:40 pm Tuesday, after receiving reports of a drone being flown in the area.

“We just sent that unit over there to try to locate the drone and see if there was a paparazzi or what was going on, but when the deputies got there, they weren’t able to locate the drone. It had already left the area,” Deputy Lizette Salcon, a representative of the Los Angeles County Sheriff’s Department, said, according to Page Six.

Steve Cooley, the Los Angeles County District Attorney from 2000 to 2012, told The New York Post the city attorney “could bring charges based upon the evidence without necessarily relying upon the victim.”

“Charges actually can and should be filed because the offense was against the state of California. It’s not Chris Rock versus Will Smith in a criminal matter. The LAPD and the city attorney should not close the door on what was an obvious criminal offense and is easily provable,” Cooley told the outlet.

Whether or not the police addressed the assault with Will Smith or issued any charges, remains unclear. However, it’s safe to assume Will Smith isn’t keen on any visitors from the LAPD right now.