Adams, who was elected on the promise of decreasing violent crime, touted the NYPD’s new anti-crime unit, alleging it had made tremendous progress in removing guns from city streets while on “Face the Nation” on Sunday.

“We have to stop the flow of guns, but we also must do the jobs of getting the guns off the streets that’s on there now, and my anti-gun unit, they’re doing that,” Adams said. “Just a few weeks out, they removed over 20-something guns off the street. But here’s the interesting number — 70% of those who were carrying the guns had prior violent offenses.”

New York City experienced a 58.7% rise in overall crime in February compared to the same period in 2021, according to NYPD statistics. The city also reported a 40% surge in homicides over the previous two years and the highest number of shootings in a decade, according to “Face the Nation.”

A 12-year-old boy was killed in Brooklyn on Thursday night after his family got caught in the crossfire between two cars, which Adams called “horrific,” CBS News reported. Two New York City police officers, Wilbert Mora and Jason Rivera, were killed after responding to a domestic violence call in Harlem on Jan. 21.

When pressed on why the city’s restrictive gun laws were not stopping the surge, Adams told “Face the Nation” that a small number of gun dealers “skating the law” was one reason, while ghost guns and the kits that assemble them were another. 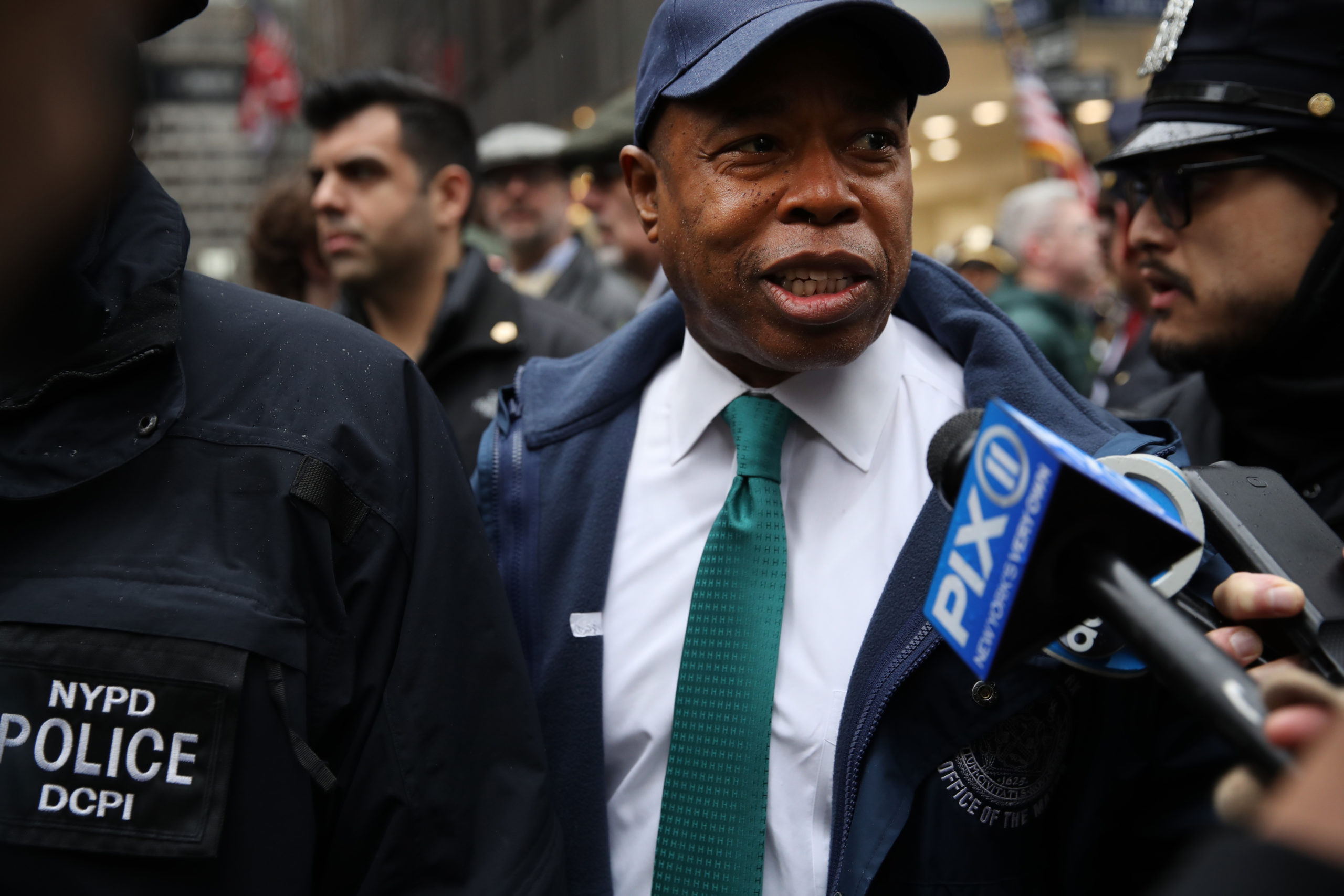 Adams said the federal government needed to raise funding for the U.S. Bureau of Alcohol, Tobacco, Firearms and Explosives in order to better track the flow of guns into American cities, which he relayed to President Joe Biden on Saturday, Politico reported. (RELATED: ‘Go After The Guns’: Eric Adams Reacts To NYC Shooting That Left 10 Injured)

“Executive orders are crucial,” Adams said. “But while we’re waiting for the president and the White House to continue to do the good things they are doing, I have to do the things we must do on the ground in New York City, and that’s what we’re doing.”

Democrats have criticized Adams for rolling back criminal justice reform in order to combat violent crime. Latrice Walker, an Assembly Democrat from Brooklyn and one of the authors of recent changes to the state’s bail laws, challenged Adams when he appeared before the State Legislature in February and said changes needed to be made to bail laws, The New York Times reported.

“We are seeing crime on the rise all across the country, even in states where bail reform is not a thing,” she said.

Republicans, on the other hand, have gone after Adams for being too soft on crime, with Rep. Nicole Malliotakis of New York calling on the mayor to be concerned about more than just guns.

“Somebody was stabbed to death in my district over the weekend, and you have all categories of crime, from rape, robbery, assault, and grand theft auto — all increasing,” she said while appearing on Fox Business in February. “And so we need to address all these crime issues and give police the tools they need to do their job.”

Six people were stabbed or slashed in New York City subways over the course of three days in February. Adams had announced a plan for subway safety prior to the attacks, acknowledging the city’s problem of mentally ill homeless people violently attacking subway passengers.