The newly proposed rules, which apply to the Department of Education’s (DOE) 2023 budget, will make it more difficult for charter start-ups to qualify and receive funding from a $440 million federal charter school program by requiring charter schools to prove there is a demand for education not being met by other institutions like public schools. The guidelines will consequently give teachers unions more control over education, experts told the DCNF.

Many local charter schools rely on the federal “Charter School Programs” to hire teachers and provide necessary student resources. These grants support the expansion of high-quality charter schools, according to the proposed DOE budget.

The DOE states it would have “greater flexibility to adjust spending in response to demand across the program” under the budget, but critics argue the new rules give too much power to the federal government and favor teachers unions.

The Biden administration is attempting to place limits on “a small, but sometimes critical piece of the funding strategy of many new schools,” Ray Domanico, the Manhattan Institute’s director of education policy, told the DCNF.

“The toughest period for new charters is at start-up, and a modest federal grant is an important piece of support in that phase of development,” Domanico said. 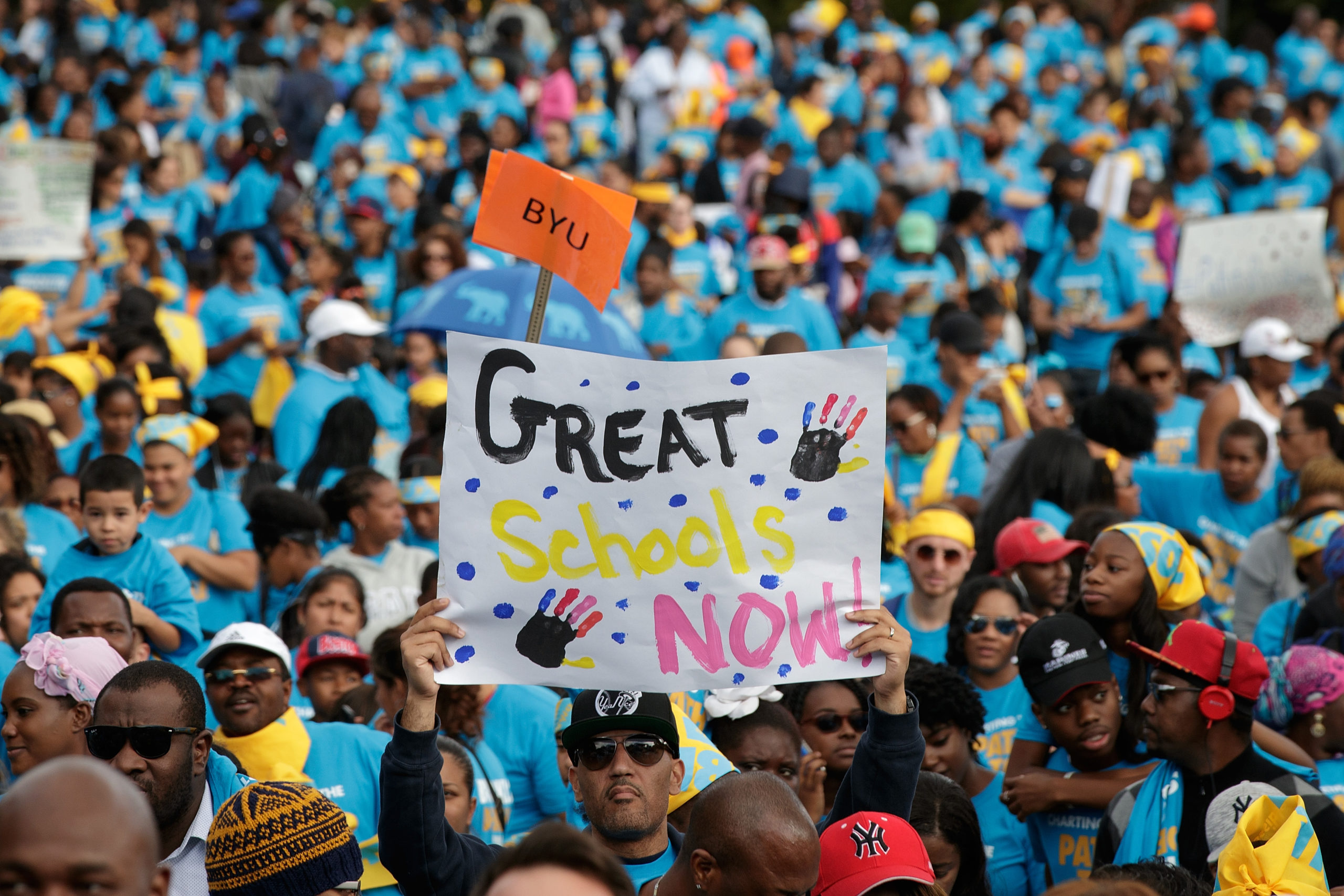 The federal government’s grants are intended to support charter schools that serve elementary or secondary school students. To qualify for these grants, charter schools are required to submit a community impact analysis showing “unmet demand for the charter school, including any over-enrollment of existing public schools” ensuring it “does not exceed the number of public schools needed to accommodate the demand in the community,” according to the proposed rules.

Corey DeAngelis, a school choice advocate and national director of research at the American Federation for Children, told the DCNF that the proposed regulations “protect the teachers union monopoly at the expense of families” by protecting government schools from competition.

“The [Biden] Administration gave away the game by requesting that charter schools provide evidence of ‘over-enrollment of existing public schools,'” he said. “They’re focused on protecting failing government schools as opposed to doing what’s best for families.”

“Imagine if Trader Joe’s were required to prove that a nearby Safeway had too many customers in order to open up,” he added. “That wouldn’t make any sense, unless your goal was to protect Safeway at all costs. If anything, the case for opening up a Trader Joe’s could be strengthened by the fact that the Safeway was so bad that no one wanted to shop there.”

Charter schools must also propose a collaboration with at least one traditional public school or district that will “lead to increased educational opportunities and improved student outcomes,” according to the proposed guidelines.

Most public school districts are staffed by unionized teachers; while teachers aren’t required to join unions, 90% of the country’s 2.6 million public school teachers belong to either the American Federation of Teachers (AFT) or the National Education Association (NEA).

Domanico said the proposed rules benefit the teachers unions because they “are a very important voting bloc” of the Democratic party. (RELATED: Biden Admin Just Weeks Away From Extending Title IX To Trans Students: REPORT)

“While there is some vague language around collaboration with public schools that might allow some mischief on the part of a union, I believe it is more accurate to say that the proposed regulations serve the interests of the unions, as opposed to saying they give the unions more power,” he said. “Why are they doing this?  Because teachers’ unions are a very important voting bloc to them.”

“The administration’s proposed changes are based on misinformation,” he added. “Charter school growth does not harm surrounding public schools, and it does not lead to reduced spending in those schools. The effort to stymie their growth is cynical symbolism.”

The new policies also make it more difficult for both families and educators to create schools that kids need, according to Manhattan Institute senior fellow Andy Smarick.

“The rules suggest the administration’s priority is protecting traditional school districts, especially their enrollment,” he said. “Parents — not the federal government, not grant reviewers — should decide what local education needs are and which schools students should attend.”

The Department of Education, American Federation of Teachers and the National Education Association did not respond to the DCNF’s request for comment.