Those on the left have been seemingly unwilling or incapable of providing a clear definition of what a “woman” is lately. The Daily Caller decided to reach out to all 50 Senate Democrats to see if anyone was willing to offer a definition.

Every single request sent to the Senate Democrats to define “woman” was met with silence.

Supreme Court nominee Ketanji Brown Jackson also dodged the question during her hearing, responding with “I’m not a biologist.”

“Not in this context, I’m not a biologist,” Jackson responded.

For some, the definition of “woman” has expanded to include transgender women, and has also become more fluid to include those who are less rigid in the male-female gender binary advocating for terms like “birthing people” and “chestfeeding.” (RELATED: ‘Chestfeeding’?: Inside The left’s War On Medical Terminology) 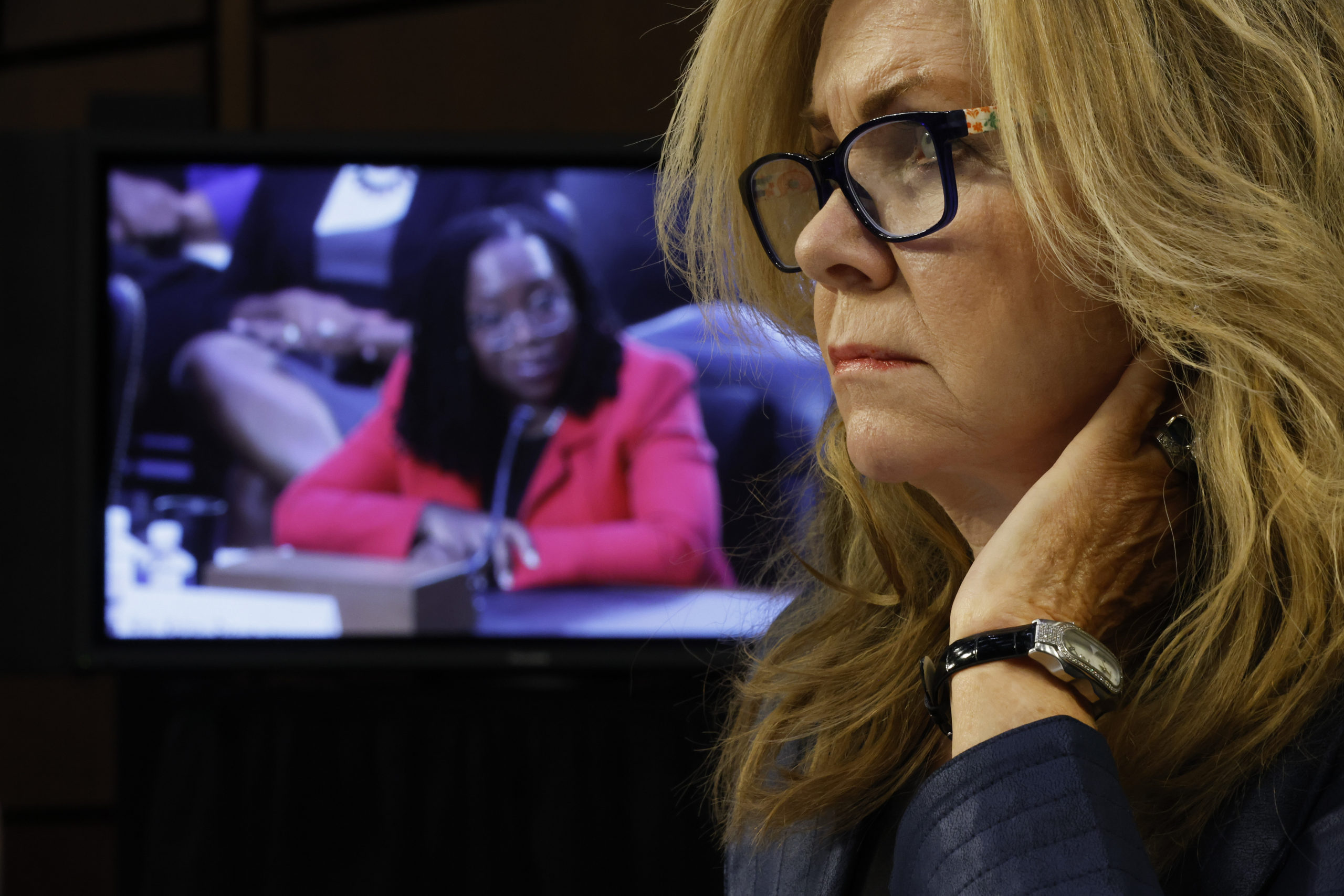 Daily Wire podcast host Matt Walsh debated a “non-binary” couple on Dr. Phil in January, asking one of the guests, Addison, to define what a woman is.

“I do not define what a woman is because I do not identify as a woman,” Addison replied. “Womanhood is something that is an umbrella term. It includes people who identify as a woman … It’s to each their own. Each woman, each man, each person, is going to have a different relation with their own gender identity and define it differently.”

The battleground over the definition of “woman” is visibly playing out in women’s sports.

Lia Thomas, a transgender swimmer competing in women’s swimming, has received backlash for being able to compete and dominate in the women’s league. Thomas went from being ranked 462nd as a male at the national level to being number one as a female in the 500-yard freestyle. Thomas’ competitors and team mates have spoken out against the seeming advantage.

Blackburn responded to Jackson’s inability to provide a definition of a “woman” in the hearing by blasting the recognition of Thomas for being awarded first place in the National Collegiate Athletic Association (NCAA) Swimming Championships.

“The fact that you can’t give me a straight answer about something as fundamental as what a woman is, that underscores the dangers of the kind of progressive education that we are hearing about,” Blackburn said. “Just last week, an entire generation of young girls watched as our taxpayer-funded institutions permitted a biological man to compete and beat a biological woman in the NCAA Swimming Championships.”

Twenty-eight Republicans submitted a letter to the NCAA to ban biological men from competing in women’s sports. (RELATED: DANIEL: If Ketanji Brown Jackson Has To Dance Around Basic Biological Facts, What Hope Is There For The Average American?)

On Monday, the White House refused to weigh in on transgender athletes competing in women’s sports, but replaced the word “mothers” with “birthing people” in the 2022 fiscal year budget released in May.

“The United States has the highest maternal mortality rate among developed nations, with an unacceptably high mortality rate for Black, American Indian/Alaska Native, and other women of color,” the policy document said, recommending certain measures to “help end this high rate of maternal mortality and race-based disparities in outcomes among birthing people.”

Biological men have also received acclaim for winning USA Today’s Woman of the Year award in 2022, and for being the most successful female contestant in “Jeopardy!”

“The left has ripped away the pin of truth from the author of life, they’ve exchanged natural science for a party platform and declared war on biology. Your left-wing movement is forcing children to endure radical expressions of sexuality, and yet, you can’t even define what a woman is. You might amend a bill, but you’ll never amend biology,” Cawthorn said.

Cawthorn defined “woman” as having “XX chromosomes, no tallywacker.”

A spokesman for Republican Florida Gov. Ron DeSantis responded to the Daily Caller’s question, stating, “under Florida law, ‘female’ or ‘male’ refers to the biological sex listed on an official birth certificate at the time of birth. A woman is an adult human female.”

The Daily Caller has reached out to all 50 Senate Republicans. Check back to see how their answers will differ from their Democrat counterparts.