Abrams is worth $3.17 million, according to the state disclosures she filed in March, The Associated Press reported Tuesday. When she first ran for the Georgia governorship in 2018, Abrams was dealing with a “hefty bill from the IRS” and was worth only $109,000, the outlet noted.

Abrams’ personal financial issues led Republicans and some people in Georgia to question how she could possibly be able to manage a state budget while she struggled to stay atop her own, AP reported. Abrams subsequently lost her 2018 bid for Georgia’s governorship.

Abrams’ political celebrity translated into $5-6 million in payments for speeches and books since 2018, AP continued. 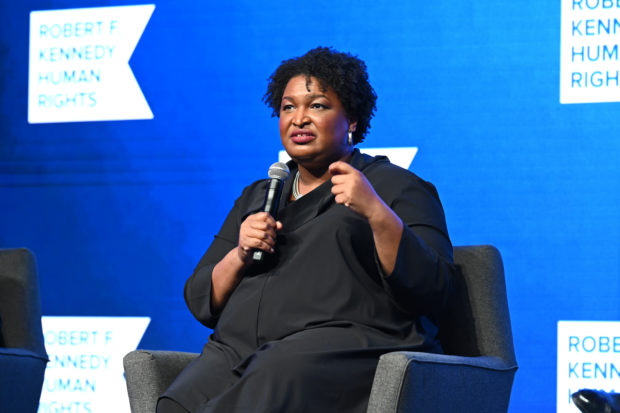 Abrams gave 37 paid speeches in 2021, which included a 12-stop tour, her campaign spokesman Seth Bringham told AP. She was also reportedly involved in six different books between 2019 and 2021, while another will be reissued later in 2022.

Abrams was paid $700,000 over her three years as executive director of the Southern Economic Advancement Project, AP continued. She also reportedly holds stock in a number of companies totaling upwards of $725,000.

Though Abrams did not disclose any payments from her 501(c)(4) Fair Fight Action, the group raised almost $62 million in dark money donations, according to Newsmax. Ninety-six percent of those donations “came from only 252 unidentified, large-dollar donors,” the outlet reported.

In July 2021, Stacey Abrams owned two homes in Georgia worth a collective $1.4 million, according to a Fox News report at the time. AP disputed that in their reporting. (RELATED: Stacey Abrams Makes Cameo Appearance In ‘Star Trek: Discovery’ As ‘President Of United Earth’)

Spokesman for the National Republican Party, Garrison Douglas said that Abrams has used her political campaigning “as a platform for her own financial gain.” Former President Donald Trump called her out for “living in these gorgeous multi-million-dollar houses,” AP reported.