RZESZOW, POLAND — An 11-year-old girl who was shot in the face by Russian soldiers crossed into Poland Tuesday night, American volunteers told the Daily Caller.

Milena Uralova was shot March 16 trying to flee Mariupol, Ukraine, and “has a bullet wound to her jaw and the base of her tongue,” Uralova’s mother told CNN. The family was driving west in a car when they came upon Russian soldiers who opened fire at the car with machine guns, hitting Uralova, her mother said. The soldiers delivered first aid when they saw whom they had shot, she continued.

Before Russia invaded Ukraine, Uralova was a gymnast but now has difficulty walking and speaking, her mother told the outlet. She has a large scar on her neck and across her cheek from where the bullet hit her.

Uralova arrived at the Medyka border crossing Tuesday with her mother in a car with several large bags, American volunteer Mark Lindquist told the Daily Caller. Lindquist, along with American volunteers Ross Worrell, Christopher Sheppard and Derrick Miller said they helped the family with their bags and spoke to them through Google Translate about available accommodations.

“The first message I had my phone read to the little girl was to tell her that I liked her hat. It was black with sparkly sunglasses on it, and when she heard my phone say that she smiled a great big smile and said ‘thank you.’ As we kept walking, I kept communicating with the little girl asking her if this was her teddy bear, and I told her that I would keep the teddy bear safe. She smiled widely every time, so I kept thinking of things I could say to lift her spirits,” Lindquist said, adding that he pushed her in a wheelchair for part of the way into Poland.

“As we help the family make their way across the border, I notice our group of 5 Americans have formed a perimeter around this family. There was no fucking way anyone was going to harass this family on their way through,” Miller said in a Facebook post. (RELATED: EXCLUSIVE: Packed In ‘Like Cattle’: 17-Year-Old Describes The Horrifying Journey Fleeing From The Russian War In Ukraine)

Halfway across the border, Uralova’s mother took out her phone and showed the CNN story to the volunteers, pointing at her daughter’s scar, while they were crossing the border, Worrell told the Daily Caller.

“That just hit me, I lost it, I broke down crying,” Worrell said, fighting back tears. “She was a trooper.”

“As we crossed through the Polish side, she stopped and grabbed some snacks from a humanitarian aid tent and a blanket from someone inside the big UN tent,” Lindquist said. 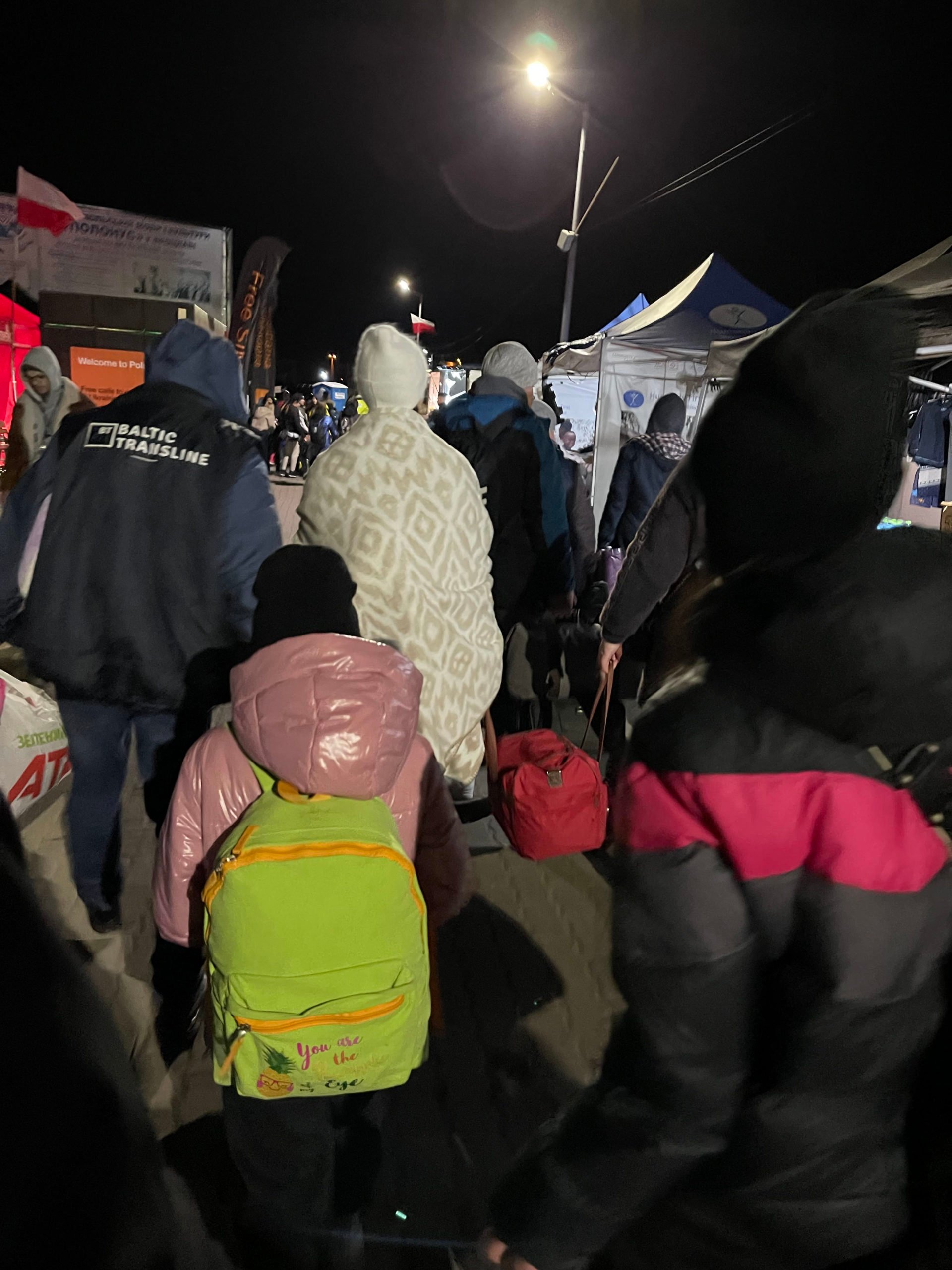 Uralova’s father was waiting on the other side of the Polish border with a car, Worrell continued.

“Right before they left, I gave her an envelope and said goodbye. … It was one of the 1000 zloty envelopes that I prepped today worth about $250,” Miller concluded. “In retrospect, I wish I gave them more, but just like this work day-in and day-out, our encounters will be brief but hopefully impactful.”