PRZEMYSL, POLAND – Many of the pets fleeing the war in Ukraine have psychological trauma, and some are injured in the war or while evacuating, one of the main volunteers responsible for the animal help center in Przemysl, Poland, told the Daily Caller.

Injured cats and dogs arriving with their owners in buses from Ukraine are immediately taken to a tent labeled “Animal Help” pitched right outside the main refugee center in Przemysl, just a few miles into Poland. Inside, they can find food, flea collars, transport cages and medical attention for free.

“One of the major issues with, for example, the cats, is that they get stressed really easy, and they get constipated from that stress. They don’t go to the bathroom, they don’t eat, they don’t drink. It becomes a serious condition,” Bernt Gotfredsen, the animal protection coordinator for the organization behind the tent, Danish Animal Protection, said.

“Scratches, bites from dog fights, broken legs” are commonly treated in the tent as well, he added, noting that he saw a dog with a leg that had been broken for more than a month.

The tent only provides immediate treatment, he said, but the team also drives to administer medical help when needed. (RELATED: EXCLUSIVE: 11-Year-Old Girl Shot In The Face By Russian Soldier Crosses Into Poland)

“We were supposed to go out and see an Alaskan Malamute, a huge 130-140 pound dog today, that had been in a house that was hit by a missile,” he continued, saying that the team was sent pictures of the destroyed house and the dog.

“It didn’t have cuts and bruises but it did have a concussion, and it was so stressed that it stopped eating, so we sent some medication with the owner” but they will do a house call if the condition gets worse, Gotfredsen concluded. 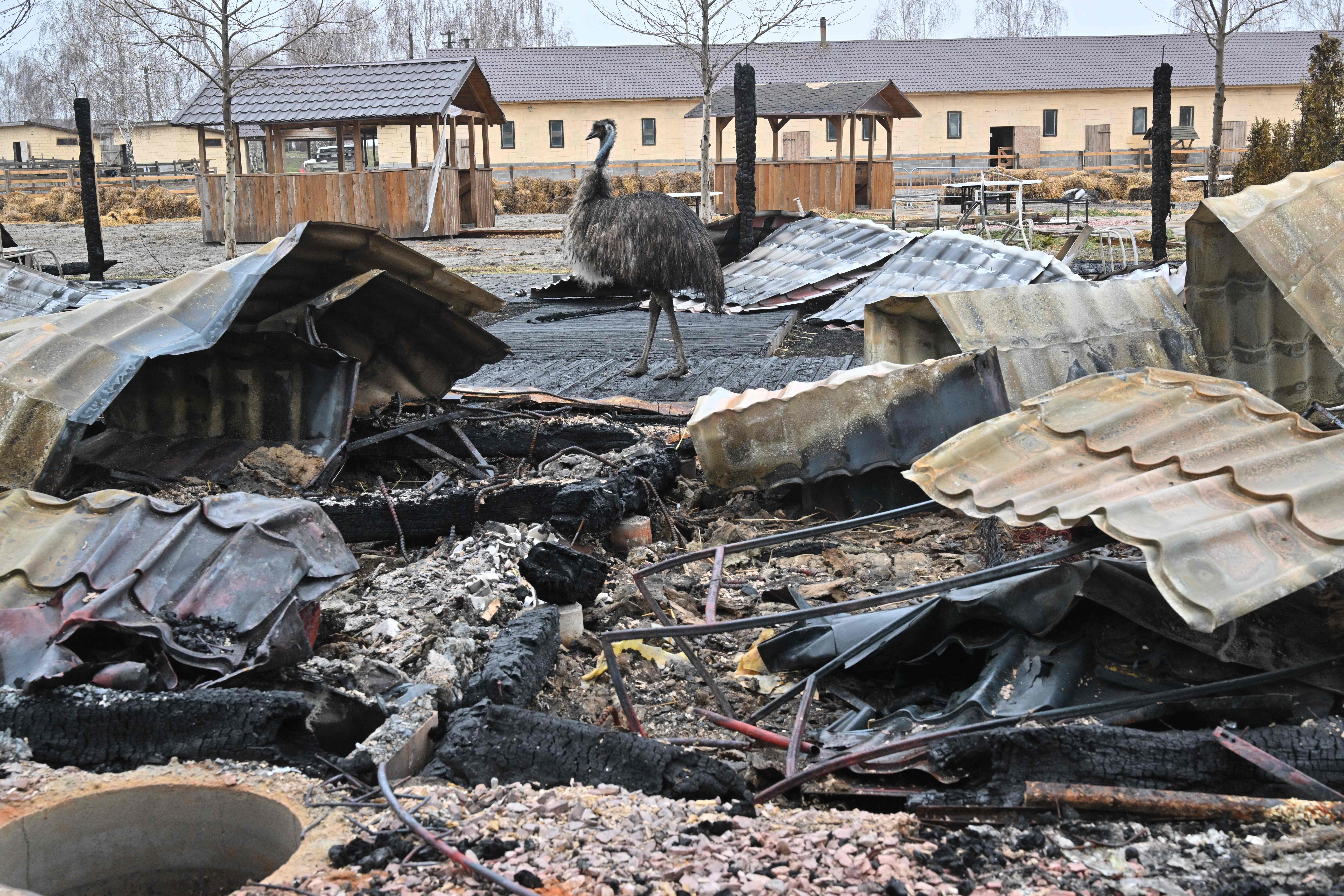 TOPSHOT – A ostrich walks on the destroyed enclosure at the Family ecopark Yasnohorodka, a village around 40 km north from the Ukrainian capital of Kyiv on April 2, 2022. – About a third of the animals died and some of them scattered after Russian troops shelling one of the favorite vacation spot of Kievans. (Photo by Sergei SUPINSKY / AFP) (Photo by SERGEI SUPINSKY/AFP via Getty Images)

Thousands of pets and animals in shelters and zoos are also being left behind in Ukraine to starve, as over 4.3 million people have left the country, and cities are hit with Russian missiles.