Moderate Senate Democrats joined Senate Republicans on Thursday in an effort to block President Joe Biden from lifting Title 42, a measure enacted during the pandemic that allows for the quick expulsion of migrants.

The bipartisan group of lawmakers proposed legislation that would halt the Center for Disease Control and Prevention (CDC) from ending the policy, which the agency announced would cease on May 23, without an adequate plan in place.

The five Democrats who support the proposal are Sens. Kyrsten Sinema and Mark Kelly of Arizona; Maggie Hassan of New Hampshire; Jon Tester of Montana; and Joe Manchin of West Virginia. They joined six Republicans as co-sponsors. 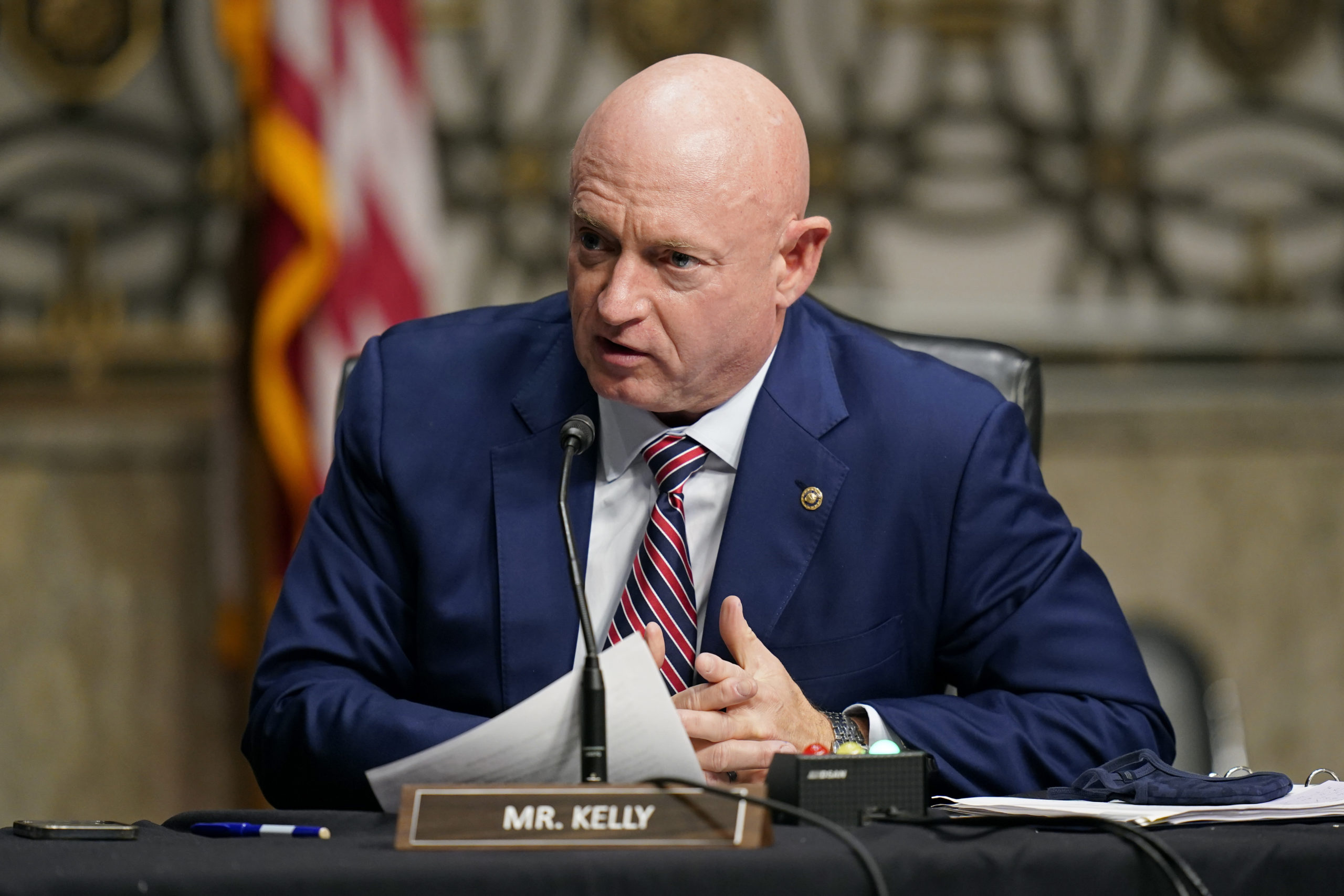 Sen. Mark Kelly (D-AZ) speaks during a Senate Armed Services Committee hearing on the conclusion of military operations in Afghanistan and plans for future counterterrorism operations on Capitol Hill on September 28, 2021 in Washington, DC. (Photo by Patrick Semansky-Pool/Getty Images)

“The Biden administration was wrong to set an end date for Title 42 without a comprehensive plan in place,” Kelly said in a statement Thursday.

“Arizona communities bear the brunt of the federal government’s failure at our border, so we’re stepping in and protecting border communities by ensuring the Administration works hand-in-hand with local leaders, law enforcement, and non-profits to put a comprehensive, workable plan in place before lifting Title 42,” Sinema said. (RELATED: Obama’s DHS Chief Throws Biden Admin Under The Bus As Border Surge Looms)

The White House announced it believes there will be an influx of migrants at the border when Title 42 ends, and that the administration is preparing for such a scenario.

“This is a decision that we have long deferred to CDC, Title 42 is a public health directive, it is not an immigration or migration enforcement measure. So, the decision on when to lift Title 42, we defer to the CDC,” White House Communications Director Kate Bedingfield said on March 30.

“That being said, of course, we’re planning for multiple contingencies and we have every expectation that when the CDC ultimately decides it’s appropriate to lift Title 42, there will be an influx of people to the border and so we are doing a lot of work to plan for that contingency,” she added.