Obama’s official Instagram account only follows eight people, none of whom are his former vice president. Biden’s personal account follows 107 accounts, which includes Barack Obama. The only two personal accounts that Obama follows are Michelle Obama, his wife and Dr. Auma Obama, his half-sister. 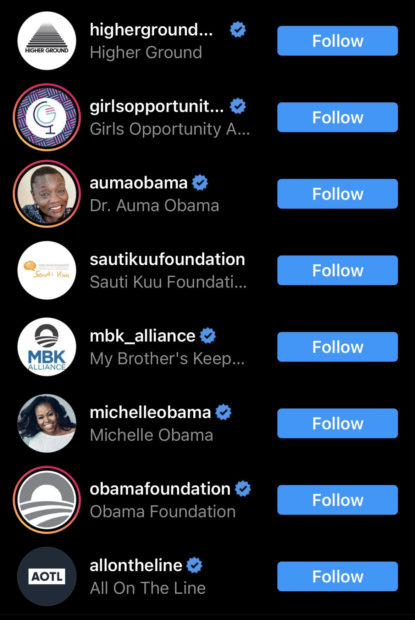 “I checked Instagram, and Joe follows Barack, but Barack does not follow Joe,” Fox News contributor Kat Timpf said on Wednesday’s episode of “Gutfeld.” “I know, it just keeps getting worse.”

“It’s like if you used to be really close with somebody and then something happens and you’re not anymore, and then you have to see them out somewhere and they treat you with this polite indifference,” Timpf said, describing the relationship between Obama and Biden. “It is so painful, you’ve gotta like, play it cool, and then just listen to ‘Dreams’ by Fleetwood Mac on the way home.”

“It really is bad,” Gutfeld replied between laughs. “Did you see it when Joe tapped Obama on the shoulder, and Obama didn’t even bother to turn around?” (RELATED: The New York Times Admits Authenticity Of Hunter Biden’s Laptop)