A CNN article published over the weekend cited a series of left-wing climate reports and activists active in pressuring the financial sector to abandon fossil fuel projects.

“This could be a decisive moment for the world,” Natasha Ion, a climate campaigner at the group BankTrack, which tracks where financial institutions are investing capital, told CNN. “We are already seeing markets shift in response to Russia. I urge banks not to increase funding for fossil fuels as a result.”

Cushing said there’s a “massive disconnect” between big banks’ green pledges and their actions, according to CNN. 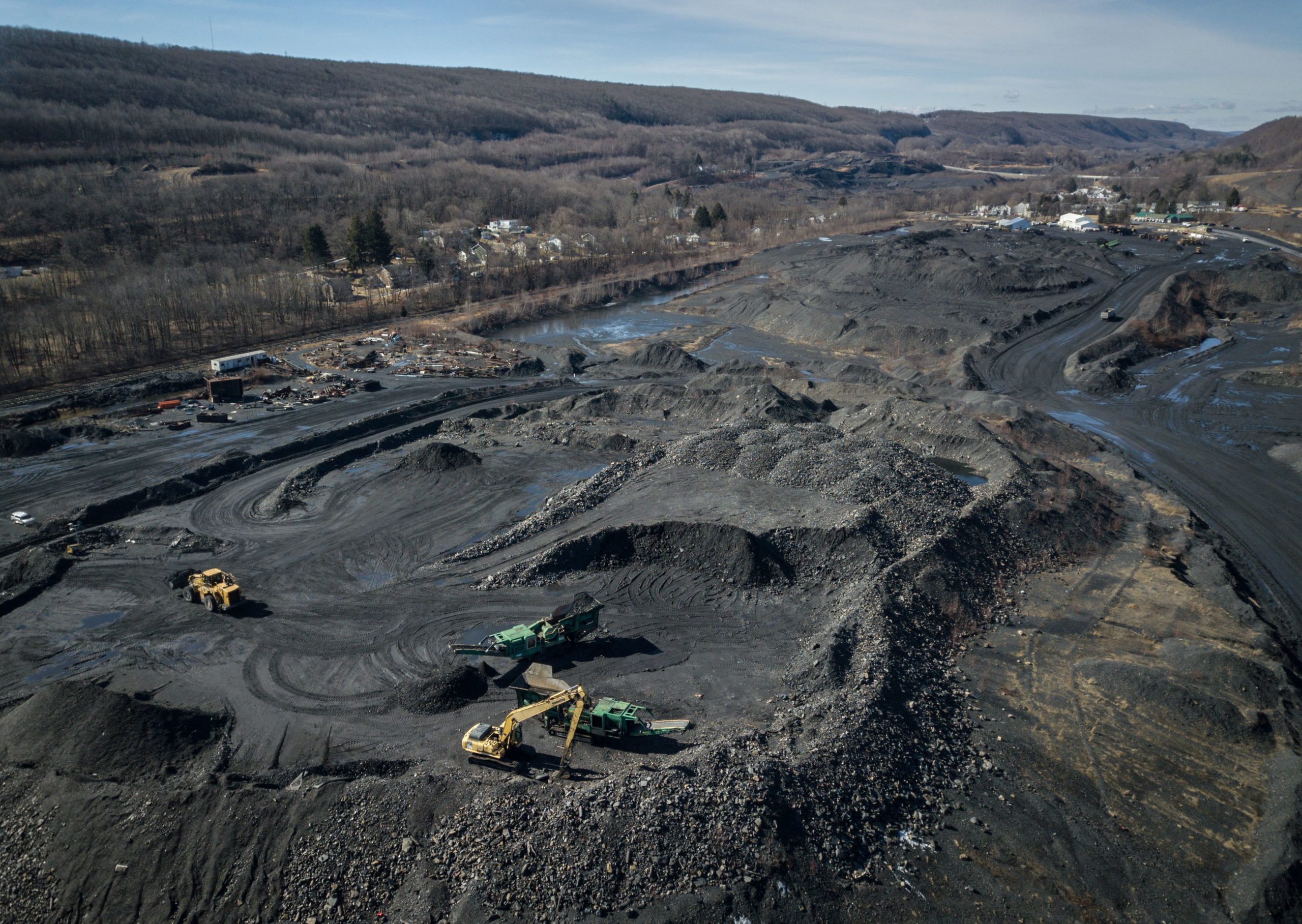 A coal mine in Maizeville, Pennsylvania, is pictured on March 3. (Ed Jones/AFP via Getty Images)

Further, the CNN article cited a report from more than two dozen non-governmental organizations that showed how much money commercial banks have “funneled” into the coal industry. The report was led by environmental non-profit Urgewald and Reclaim Finance, a group that exposes “financial institutions who hinder climate-related regulations,” according to its website.

CNN also cited a report from Rainforest Action Network and six other groups that showed how major banks have increased their funding of coal between 2016-2021, as well as a report from climate think-tank InfluenceMap that said the 30 of the largest global financial institutions belong to industry associations that seek to “weaken key sustainable finance policies.”

Democrats have increasingly sought to use the “sustainable investing” movement to push green policy objectives. The Democratic-majority Securities and Exchange Commission proposed a sweeping set of rules in March that would require companies to disclose their carbon emissions and how they were planning to transition away from fossil fuel reliance.

“The liberal elites in this country continue their smear campaign to try and shame financial institutions from doing business with our coal, oil and natural gas industries and to push their narrative because they know honest investors see the profit and value in these businesses,” West Virginia State Treasurer Riley Moore told the Daily Caller News Foundation in a statement.

“At a time when prices are skyrocketing due to Biden’s inflation and global energy markets have been thrown into turmoil by Russia’s invasion of Ukraine, we need more investment in fossil fuels, not less,” he continued. (RELATED: Oil Prices Are Falling, But It Has Nothing To Do With Biden’s Policies)

In November, Moore led a coalition of 15 state financial officers in issuing a warning to banks that have outlined plans to disassociate from and refuse to finance fossil fuel companies or projects. He also led a letter to Special Presidential Envoy for Climate John Kerry in May 2021, warning him against pressuring banks to divest from fossil fuels.

“Coal, oil and natural gas are all legal, profitable, reliable energy sources that are needed now more than ever to restore America’s energy independence and banks should be encouraged to follow the free markets and invest in them, no matter how much it irritates the left-wing elites at places like the White House and CNN,” Moore told the DCNF.

CNN, BankTrack and Sierra Club didn’t immediately respond to requests for comment from the DCNF.