White House officials repeatedly claimed that inflation would be “temporary” throughout parts of 2021, pushing back on concerns that it could be a longer-term problem.

The reminder comes as Americans continue to struggle with inflation in 2022 – the Department of Labor (DOL) announced Tuesday that March consumer prices soared 8.5%, marking the fastest increase in 40 years.

President Joe Biden and his administration have most recently blamed Russian President Vladimir Putin for cost increases, dubbing it – particularly prices seen at the pump – “Putin’s Price Hike.” Prior to this, however, the administration sought to downplay inflation, casting it as a temporary issue for many months. (RELATED: ‘Putin’s Gas Price Hike’: Psaki Pins Russia And U.S. Oil Companies For Rising Gas Prices)

In July 2021, White House press secretary Jen Psaki argued that the spike in inflation would not be a permanent adjustment, telling reporters “that these impacts are temporary.”

“Our message is that we understand the threat that inflation poses. We will be vigilant about any responses needed. It’s important for Americans to know and understand that these impacts are temporary, and some of these price increases are a result of the economy turning back on,” Psaki said at the time, as inflation spiked 5.4% over the 12-month period ending in June.

Biden also parroted this talking point repeatedly throughout parts of 2021. At one point, the president declared that the administration was “confident” it was not seeing “unchecked inflation in the long term.”

“As our economy comes roaring back, we’ve seen some price increases,” Biden said during remarks on July 19, 2021. “Some folks have raised worries that this could be a sign of persistent inflation. But that’s not our view. Our experts believe, and the data shows, that most of the price increases we’ve seen are – were expected and are expected to be temporary.”

“I want to be clear: my administration understands that were we ever to experience unchecked inflation in the long term, that would pose a real challenge for our economy,” he added. “While we’re confident that isn’t what we’re seeing today, we’re going to remain vigilant about any response that is needed.”

Another example came during a CNN town hall days later on July 21, 2021. At the time, Biden was pressed on what the administration was doing “to help prevent the economy from overheating … in the long run.”

“The vast majority of the experts, including Wall Street, are suggesting that it’s highly unlikely that it’s going to be long-term inflation that’s going to get out of hand,” Biden said, reiterating the administration’s talking point at the time. “There will be near-term inflation, because everything is now trying to be picked back up.” 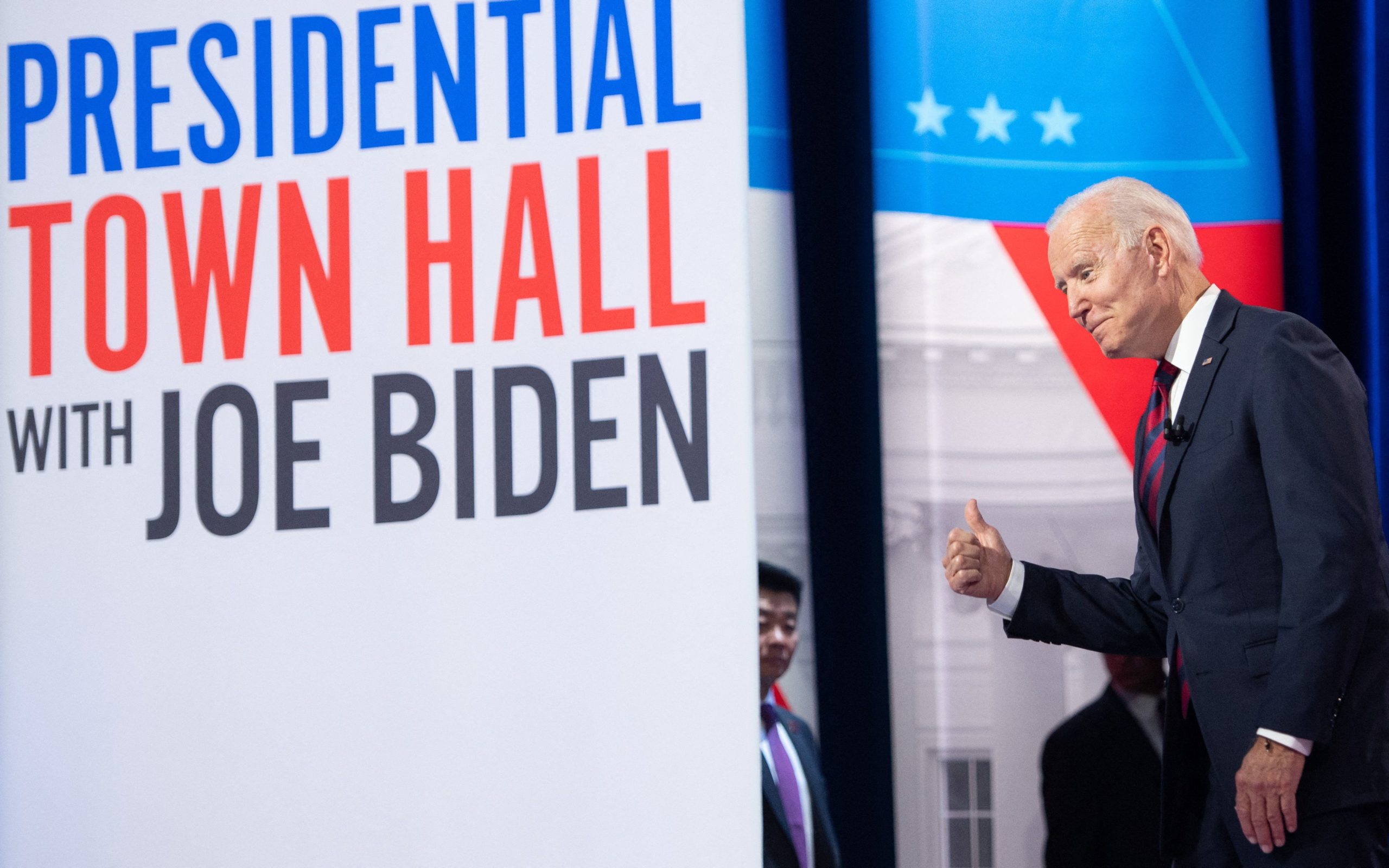 US President Joe Biden gives a thumbs up as he participates in a CNN Town Hall hosted by Don Lemon (R) at Mount St. Joseph University in Cincinnati, Ohio, July 21, 2021. (Photo by SAUL LOEB / AFP) (Photo by SAUL LOEB/AFP via Getty Images)

The administration’s push for “temporary” inflation continued over the next few months, with officials such as Treasury Secretary Janet Yellen arguing Americans should not be seriously concerned about high prices, Bloomberg noted in April 2021. (RELATED: CNBC Anchor Slams Biden Administration For List Of Excuses About Inflation)

“Inflation at these levels is, of course, a cause for concern. But that concern is tempered by a number of factors that suggest that these elevated readings are likely to prove temporary,” Federal Reserve Chairman Jerome Powell said during remarks at the annual Jackson Hole conference on Aug 27, 2021. “This assessment is a critical and ongoing one, and we are careful monitoring incoming data.”

Eventually, as inflation persisted, the Biden administration began to change its tune. Yellen, though still downplaying concerns, suggested in October 2021 that Americans would see “improvement … by the middle to end of next year, second half of next year [2022].”

A few months later in December 2021, Yellen further changed her tune, this time admitting that it was time “to retire the word transitory.” Days earlier, Powell had also said inflation was more than a short-term problem, according to The New York Times.

Similarly, as 2021 came to a close, Biden skirted away from his past claims of the problem being temporary. (RELATED: Biden Scraps Green Fuel Rules In Bid To Slow Skyrocketing Gas Prices)

“Inflation hurts (Americans’) pocketbooks, and reversing this trend is a top priority for me,” Biden said in a statement issued November 11, 2021 after prices skyrockets 6.2% over 12 months, CNN reported at the time.

Notably, the president’s statement this time around did not suggest inflation was “transitory,” the network added.

While Tuesday’s report does show a rise in gas prices – Psaki focused on this as what would be driving the most recent inflation rating during Monday’s press briefing – prices have also skyrocketed for rent, airline fares, medical care and more, according to the data.