A group of 40 House Republicans sent a letter to the Securities and Exchange Commission (SEC) Tuesday, urging the agency to rescind a regulatory proposal forcing companies to disclose “climate-related risks.”

The Republicans, led by House Oversight Subcommittee on Environment Ranking Member Ralph Norman and North Carolina Rep. Ted Budd, slammed the financial regulator, saying it exceeded its congressionally-mandated authority in issuing the climate rule, in the letter obtained exclusively by the Daily Caller News Foundation. The lawmakers added that the rule was especially inappropriate given the ongoing energy crisis.

“The SEC’s proposed climate rule is bad for business, bad for investors, and is nothing more than climate activism cloaked in additional red tape,” Norman told the DCNF. “It’s time for the Left to stop trying to shame companies into combatting climate change.” (RELATED: Democrats Look To Sustainable Investing Craze As Means For Pushing Climate Agenda)

“I’ll tell you how we effectively combat climate change: We utilize an all-of-the-above energy strategy that reduces costs, eliminates dependence on imports from foreign nations, and paves the way for the transition to renewables,” he added. “More regulations on private citizens and businesses is not, and never will be, the answer.”

The Democratic-majority SEC, the nation’s top financial regulator, unveiled the sweeping rule in March, which would require private sector companies to publicly report their annual greenhouse gas emissions and impact on climate change. The rule also forces companies to disclose information about their indirect emissions from purchased electricity or other forms of energy, giving the public a broad scope of their greenhouse gas profile.

Companies would further have to issue a “climate-related risk management strategy,” laying out how they plan to decrease climate impacts.

“The SEC should not and cannot mandate such public disclosures of information that strays from the ‘core purpose of disclosure, [which] is to provide investors with the information they need to make informed investment and voting decisions,’ which ‘allow[s] our capital markets to flourish,'” Norman, Budd and the other Republicans wrote to SEC official Vanessa Countryman in the letter. 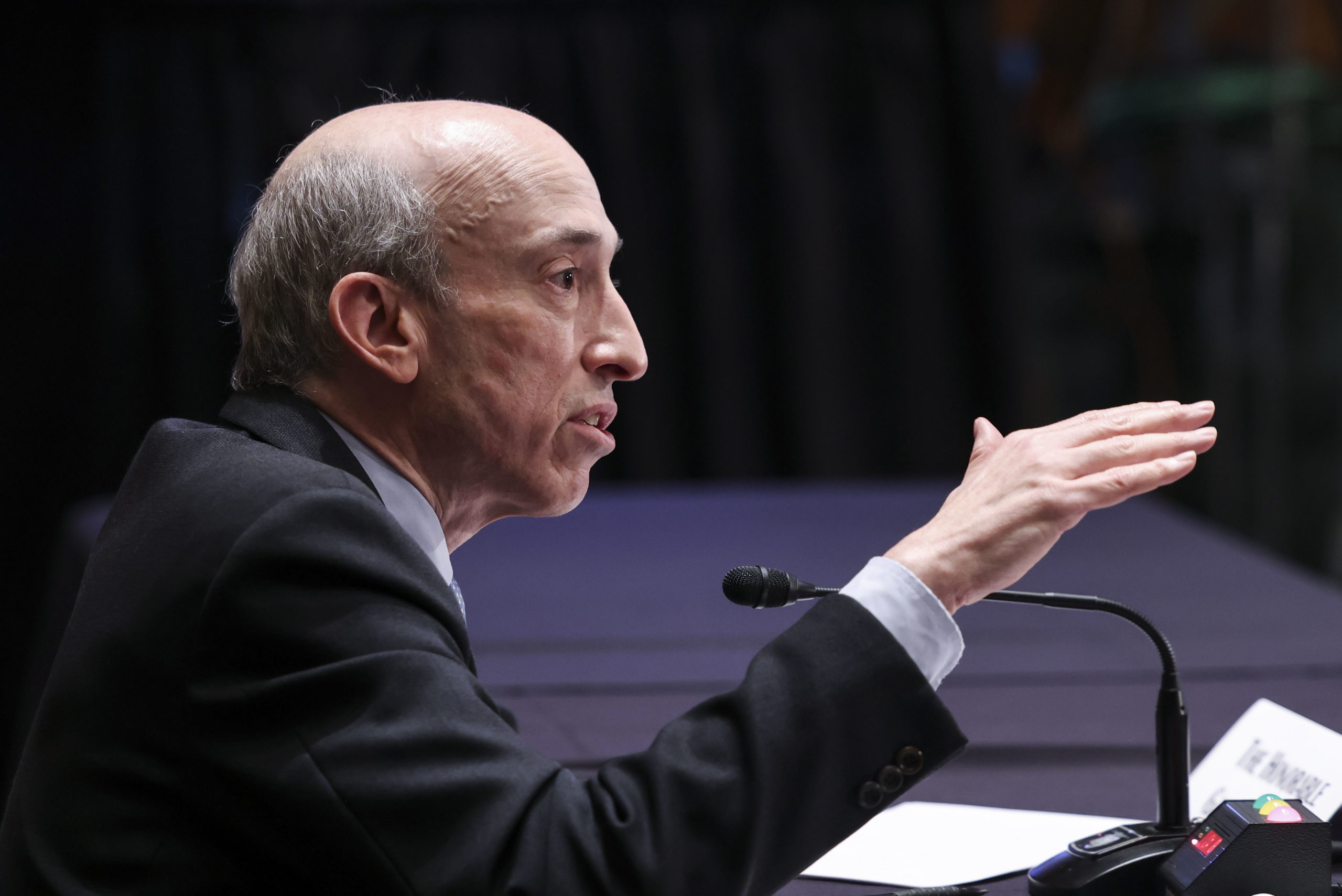 Budd, a member of the House Financial Services Committee, said the SEC rule was a “blatant regulatory overreach by unelected bureaucrats.”

“The SEC should immediately terminate this thinly-veiled attempt to impose Green New Deal mandates onto private sector job creators,” he said in a statement.

The rule involves a total of a dozen climate-related requirements for companies, according to the SEC. If approved, the rule would go into effect in 2024.

“This proposal would drastically shake up the current disclosure regime,” the lawmakers wrote. “Current SEC disclosure mandates are intended to provide investors with insightful material information into a company’s performance.”

“Ultimately, the SEC’s actions would act to undermine and shame public companies, not to provide investors with necessary financial disclosures,” they said.

Meanwhile, the average cost of gasoline hit its highest level ever in March following Russia’s invasion of Ukraine and has remained above that level, according to federal data. (RELATED: CNN Gives Climate Activists Platform To Pressure Banks To Divest From Fossil Fuels)

“At a time of global turmoil, when energy prices are at decade highs, how would this rule be beneficial to American citizens?” the letter continued. “Simply wrapping climate activism in financial regulation will only further exacerbate our current energy crisis and do nothing to help everyday Americans heat or cool their homes or lower prices at the gas pump.”

“This Administration must end its assault on American businesses and the rule of law in the name of an immediate and expensive transition to a ‘Green New Deal’ America,” it concluded.

Arkansas Rep. Bruce Westerman, the top Republican on the Natural Resources Committee, was also among the letter’s 40 signatories.