Democratic West Virginia Sen. Joe Manchin blamed the Biden administration for record-high inflation Tuesday as the president and his staff continue to claim that it is Russian President Vladimir Putin’s fault.

“Inflation is a tax and today’s historic inflation data tells another chilling story about how these taxes on Americans are completely out of control,” Manchin said in a statement.

“When will this end? It is a disservice to the American people to act as if inflation is a new phenomenon,” the senator continued. “The Federal Reserve and the Administration failed to act fast enough, and today’s data is a snapshot in time of the consequences being felt across the country. Instead of acting boldly, our elected leaders and the Federal Reserve continue to respond with half-measures and rhetorical failures searching for where to lay the blame.” 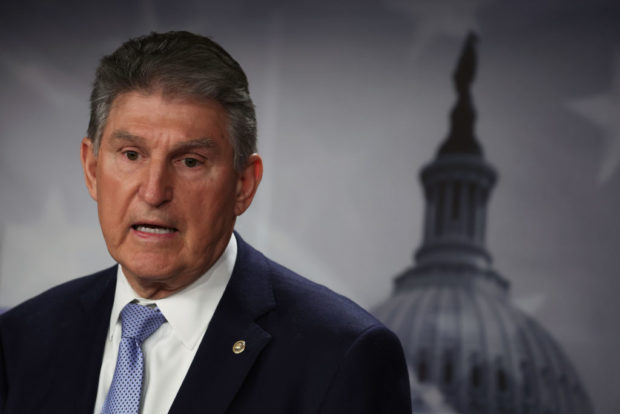 “The American people deserve the truth about why record inflation is happening and what must be done to control it.”

The Consumer Price Index (CPI) increased 1.2% between February and March, the fastest month-over-month figures since 2005, according to the Labor Department report released Tuesday.

The White House warned Monday that CPI figures would be “extraordinarily elevated” and blamed Putin.

“Because of the actions we’ve taken to address Putin – the Putin price hike, we are in a better place than we were last month,” White House press secretary Jen Psaki said. “But we expect March CPI headline inflation to be extraordinarily elevated due to Putin’s price hike.”

The administration has blamed rising gas prices on Putin despite gas prices being on the rise prior to Russia’s invasion of Ukraine. Biden said he would do “everything” he could “to minimize ‘Putin’s price hike’ here at home” while speaking in March. (RELATED: Biden Adviser Calls Republican Sen. Rick Scott Putin Sympathizer For Calling Out Inflation Issues)

White House communications director Kate Bedingfield tweeted in March that “for months Putin has been saber-rattling, and for months gas prices have been going up – up 75 cents since he began his military build-up.”