Republican Texas Gov. Greg Abbott’s border security measures ahead of Title 42’s end have created an hours-long standstill for truckers crossing the border, and trucking leaders in the state are warning that it could further disrupt the national supply chain.

“It’s a mess … that’s most immediately felt by the motor carriers that are trying to get freight to its destination. But, ultimately, that’ll be felt around the country. From Michigan to Manhattan to Minnesota, it’s just the way it works with freight coming up through the border,” CEO and President of the Texas Trucking Association John D. Esparza told the Daily Caller News Foundation.

“I know that I’m not alone in the voice of frustration out there. From a motor carrier industry that is just trying to move,” he said. (RELATED: EXCLUSIVE: My Night At The Border With ‘Operation Lone Star’ In Texas)

The supply chain is already strained by regulations on the trucking industry in places like California, where the state has increased environmental requirements that are a burden to transport businesses, experts told the DCNF.

In response to the Centers for Disease Control and Prevention (CDC) announcing that the public health order used to expel migrants will end May 23, Abbott said he would step in with state resources to address the expected influx of migrants.

The effort includes the Texas Department of Safety (DPS) conducting “enhanced safety inspections” on vehicles crossing seven ports of entry from Mexico due to cartel activity.

Most of the trucking leaders are local to the trade hub of Laredo, Texas, which accounts for hundreds of billions of dollars in international trade that they say is jeopardized by Abbott’s order.

Three Texas State Troopers did this at the nation’s busiest land port today- Laredo Bridge 4. Same thing at Pharr-Reynosa port and El’Paso-Juarez bridge. Jason Jones shot vid and droned up. line went for “miles and miles and miles” Hey Mexico, feel like policing your side yet? pic.twitter.com/qkEFk798xY

Ernesto Gaytan, Jr., who is the general manager of Super Transport International LTD, a transport company with 40 drivers doing cross border commerce between the U.S. and Mexico, told the DCNF that the issue is being felt all the way down to the small business owner awaiting product and will put “a strain on the supply chain.”

Gerry Maldonado, director of Laredo and Mexico operations for Warren Transport Inc., told the DCNF that what normally takes drivers about 30 minutes to cross the bridge, now takes four to five hours per load. Typically, he said, his drivers do five or six loads a day, adding that “right now they’re lucky they get to do one a day.”

Daily, Maldonado said he expects 50 trailers to cross from Nuevo Laredo to his terminal in Laredo, but on Friday he got only 17.

“Internally … there’s emails coming in from our planners and Vice President of Operations saying, ‘What’s going on? Where’s our freight, where are our trailers?’ Unfortunately, they’re stuck because … the drivers crossing our trailers cannot do five or six a day, they’re only doing two a day,” he said.

Abbott argued that the vehicle inspections will ensure that Texas drivers are protected from unsafe drivers and vehicles often associated with smuggling attempts, according to an April 6 memo he sent to Texas DPS Colonel Steven McCraw.

“The cartels that smuggle illicit contraband and people across our southern border do not care about the condition of the vehicles they send into Texas, any more than they care who overdoses from the deadly fentanyl on board,” Abbott wrote. 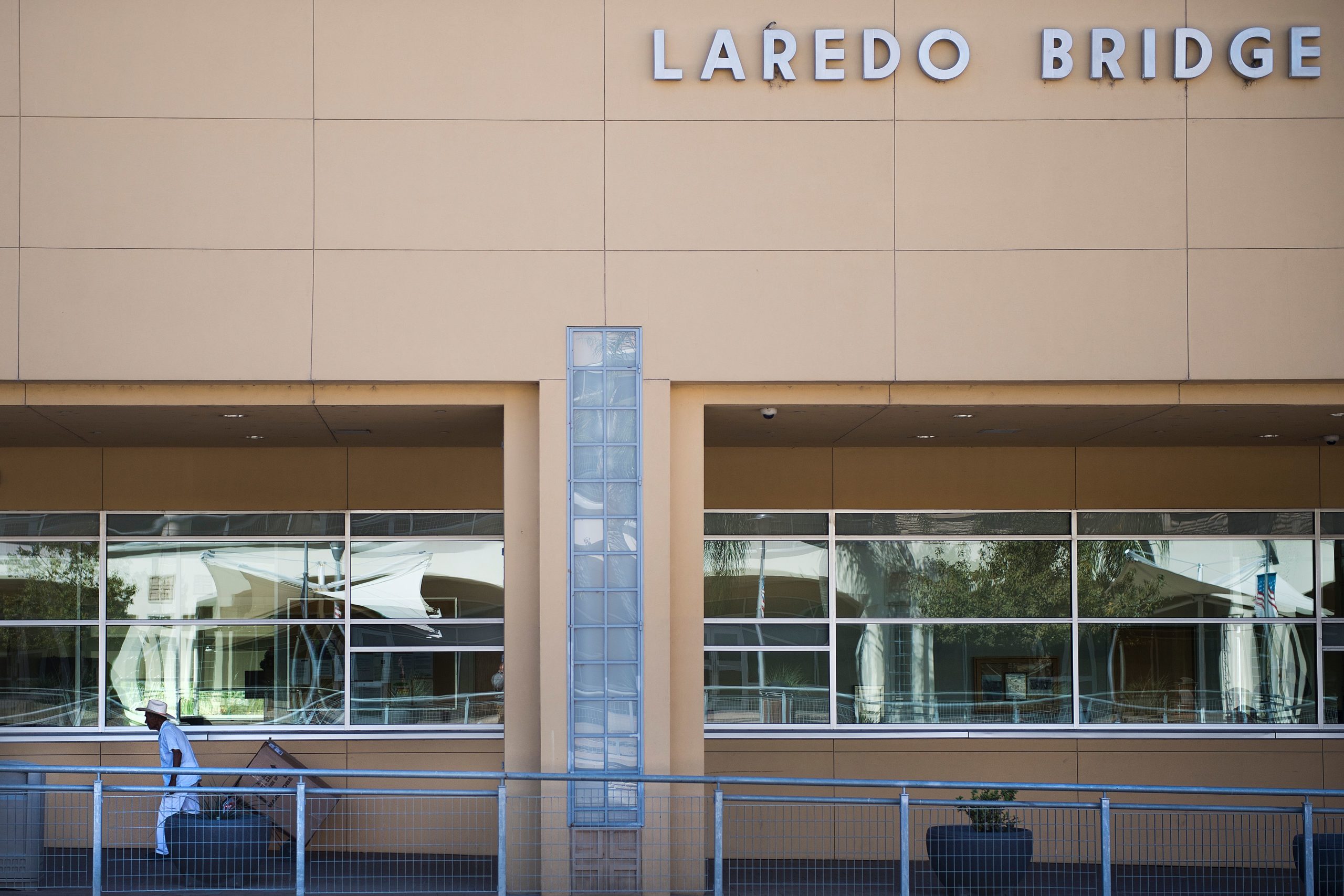 The trucking leaders, while they believe in border security, don’t think Abbott’s action is effective or worth the burden they’ve had to endure. The ports where DPS is checking vehicles already have several layers of security checks, including U.S. Customs, which also has a checkpoint about 30 miles north of the Laredo border, they said.

“We disagree with what he’s [Abbott] doing here because … we’re already going through inflation as it is on probably every thing you can imagine. And this just not something that we needed right now,” Juan Jose De Leon, vice president of the Laredo Motor Carriers Association, who owns a transportation company EBT Logistics, told the DCNF.

De Leon’s company is responsible for hundreds of loads of meat exports from companies like Tyson foods, to Mexico, which is also facing the issues caused by inbound U.S. traffic jams. The company has loads from last week that they still haven’t been able to get across the border due to Abbott’s new directive, he said.

“In our particular case, we have trailers that are loaded since Thursday, Friday, and we’re just we just keep fueling them up and the meat keeps … a lot of it is fresh product that goes to Mexico, so the shelf life and the days just keep getting smaller and smaller, older and older,” he explained.

De Leon went to Nuevo Leon, Mexico, for a meeting with the Mexican state’s governor on Monday to discuss the issue. Nuevo Leon’s governor offered directly to Abbott to have a small inspection site on the Mexican side of the bridge leading to Laredo if Texas DPS lowered its inspection times, De Leon said. 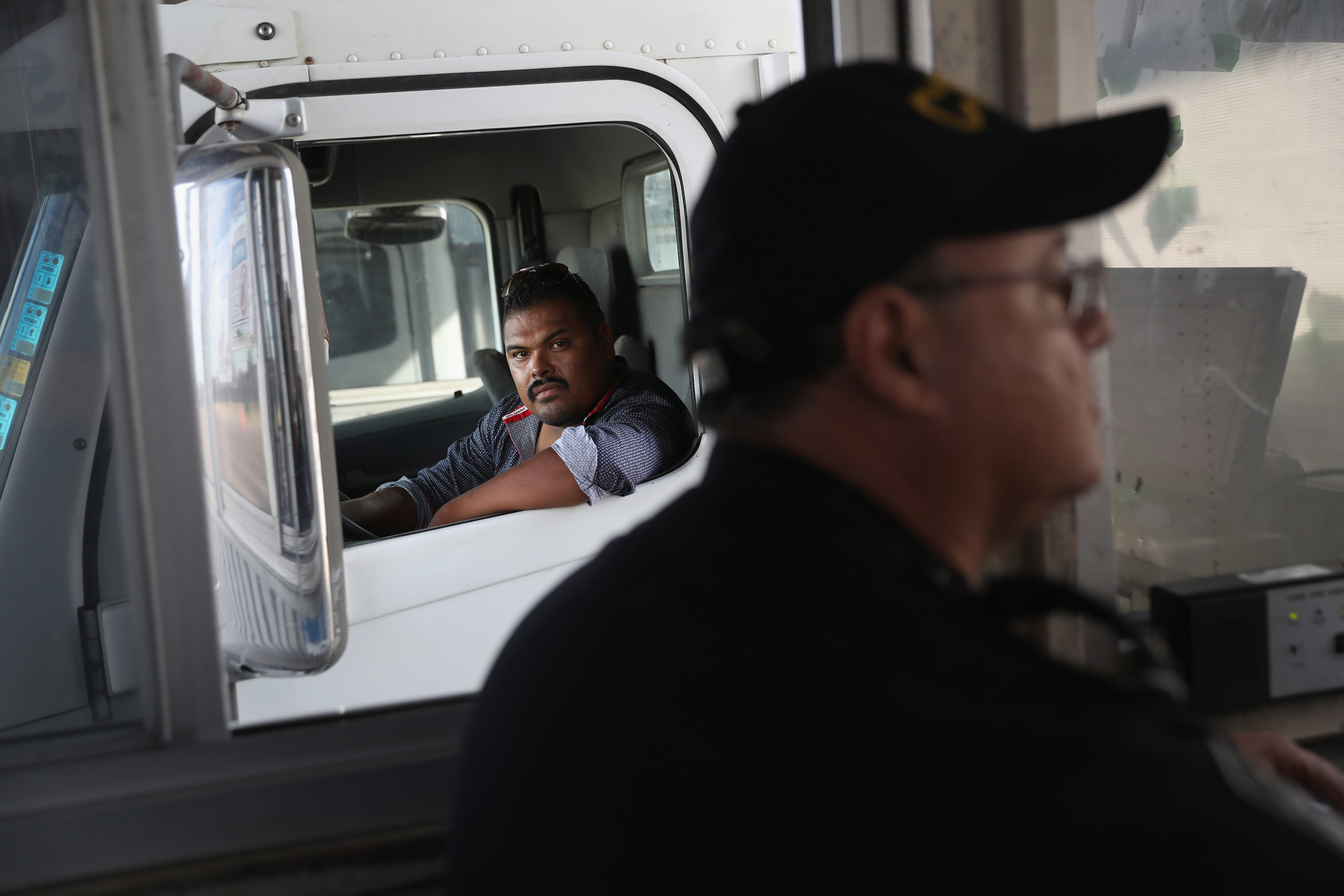 Customs and Border Protection (CBP) called the additional screenings “unnecessary,” in a Tuesday statement. The agency said that when DPS enhanced inspections began, wait times at Laredo’s Colombia Solidarity Bridge went from an average wait time of 26 minutes to a peak of 300 minutes, reducing commercial traffic by 60%.

In other areas of the border in Texas, like Pharr, CBP has seen a 100% reduction in commercial traffic due to protests in Mexico reportedly concerned with the new measures.

“We’re a big supporter of Governor Abbott, and what he’s done to help the trucking industry tremendously, however, … this was not the solution, maybe I think, talking to us and consulting with us would have been a little bit easier,” Gaytan said, adding that Abbott’s decision “kind of came out of left field for us.”

Esparza said his organization wasn’t aware of the order until Abbott announced it publicly.

“Well, we weren’t aware of it until it came out … that’s not a indictment on the governor. I mean, I absolutely respect what he’s attempting to do … what we want to do is help him reach the goals that he has, and he’s trying to attain and for us, and for our partner with the Department of Public Safety, it is all about our safer highways,” Esparza said.

“To get this better as far as the immigration part, I do agree. However, I don’t believe this is the best thing that we can do. I think there’s got to be more conversations between the trucking community and the governor’s office in the governor himself … ” Gaytan said, offering to speak directly with Abbott.

DPS has found 11,566 violations as of Sunday, inspecting 3,443 commercial vehicles, 807 of which were put out of service due to “serious safety violations” that include defective brakes, tires and lighting, it told the DCNF, adding that 79 commercial drivers were taken out of service.