Carjackings in Washington have soared after Democrats endorsed a rule that limited police pursuits, according to a major police association, King 5 News reported.

Washington recorded an 88% increase in car thefts since 2021, according data compiled by the Washington Association of Sheriffs and Police Chiefs, King 5 reported. The state experienced 12,569 stolen vehicles between January and March 2022, compared to 6,692 thefts during the same time period in 2021.

The association, which predicts that car thefts could surge to 50,000 by the end of 2022, attributes the recent surge in car robberies to a Democrat endorsed law which limits police officers’ ability to pursue criminals. (RELATED: Is California’s Homeless Problem Newsom’s Achilles Heel?) 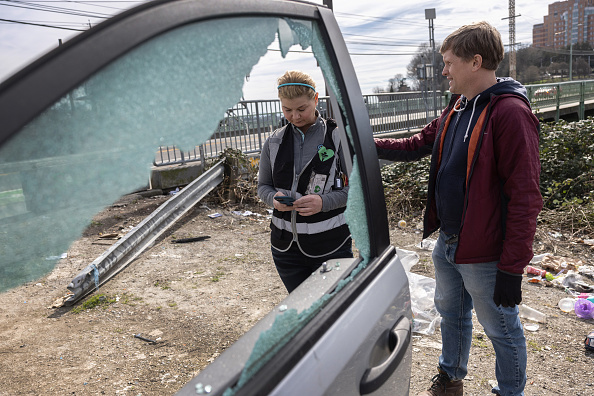 Kevin Dahlgren comforts Andrea Suarez after her car was burglarized on March 12, 2022 in Seattle, Washington. (Photo by John Moore/Getty Images)

House Bill 1054, which was signed by Democratic Gov. Jay Inslee in May 2021, limits officer’s use of tear gas and bans certain physical resistant strategies like choke holds and neck restraints. The law also limits officers’ ability to follow vehicles to only when there is probable cause, even if they think the suspect has been identified.

The law was put in place to hold police officers accountable for supposed racial discrimination when using physical force, according to King 5.

“You have that, not necessarily all that gut feeling, but there’s enough information to connect two and two together and figure out, OK, yeah, this is probably my car,” Moss said. “But there’s a good instinct there, inclination that this is a vehicle I’m looking for.”

“And now the vehicle took off when I turn my lights on; that’s an even better clue that this is probably the car I’m looking for,” Moss said adding, that suspects could be long gone by the time the officers get the approval to follow the purported criminal.

Kent Police Chief Rafael Padilla shares a similar opinion about the law, according to King 5. The Kent Police Department banned chokeholds in 2021 but said the department noticed an impact on the banning of neck restraints.

“There are some life and death situations where an officer might be able to use that technique instead of using deadly force,” Padilla told King 5. “With that option pulled away, the officer will have less options on what they can do.”

“There are exceptions in the law, but to get to those exceptions, it’s extremely rare when it comes to pursuits, and the public needs to be aware of that,” Padilla told King 5.