Sussmann, a Democratic lawyer with ties to Clinton’s 2016 campaign, was charged last year by special counsel John Durham with lying to the FBI during a 2016 meeting. Sussmann filed a motion to dismiss the case in February, but a judge ruled in April that the case will be allowed to proceed.

In the latest court filing, Durham noted that the CIA “concluded in early 2017” that the data didn’t “withstand technical scrutiny.”

“While the FBI did not reach an ultimate conclusion regarding the data’s accuracy or whether it might have been in whole or in part genuine, spoofed, altered, or fabricated, [the CIA] concluded in early 2017 that the Russian Bank 1 data and Russian Phone Provider 1 data was not ‘technically plausible,’ did not ‘withstand technical scrutiny,’ ‘contained gaps,’ ‘conflicted with [itself]’ and was ‘user-created and not machine/tool generated,'” Durham wrote according to the court documents.

While Durham also noted that the Special Counsel’s office hadn’t yet “reached a definitive conclusion in this regard,” he argued in the court filing that the evidence showing agencies had taken measures to investigate “is critical to establishing materiality.” 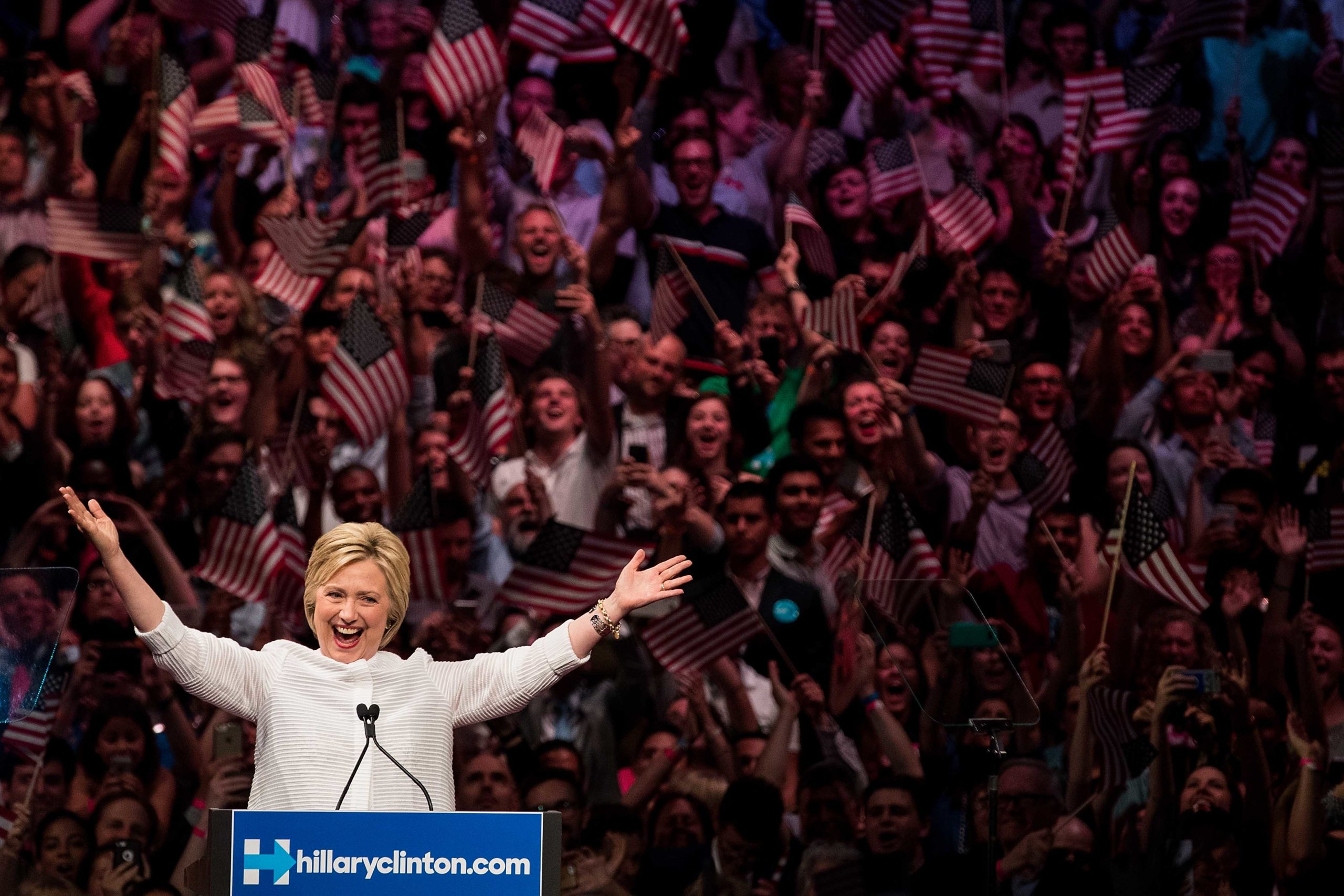 BROOKLYN, NY – JUNE 7: Democratic presidential candidate Hillary Clinton arrives onstage during a primary night rally at the Duggal Greenhouse in the Brooklyn Navy Yard, June 7, 2016 in the Brooklyn borough of New York City. Clinton has secured enough delegates and commitments from superdelegates to become the Democratic Party’s presumptive presidential nominee. She will become the first woman in U.S. history to secure the presidential nomination of one of the country’s two major political parties. (Photo by Drew Angerer/Getty Images)

“At a minimum, however, the Government does expect to adduce evidence at trial reflecting (i) the fact that the FBI and Agency-2 concluded that the Russian Bank-1 allegations were untrue and unsupported and (ii) the primary bases for these conclusions, including the particular investigative and analytical steps taken by these agencies,” Durham wrote.

The Friday evening filing responded to Sussmann’s defense, which had questioned what evidence would be allowed into the trial.

Durham has accused Sussmann of lying “about the capacity in which he was providing” his accusations made to the FBI, Business Insider previously reported. Sussmann claimed the Trump organization and a Russian bank – Alfa Bank – had a “secret communications channel,” and the original indictment accuses Sussmann of lying to the FBI regarding whom he was working for, the news agency added.

Durham’s Friday court filing also goes in-depth about Sussmann’s relationship with Christopher Steele, a former British Intelligence agent responsible for the now-debunked anti-Trump dossier, Fox News reported. (RELATED: ‘As Wrong As It Gets’: Rep. Jim Jordan Calls Out Liberal Media And Democrats For Denying That Trump Was Spied On)

Durham says the two met in 2016 at the Perkins Coie offices to speak about possible connections to Russia, according to Fox News. In the court filing, Durham accuses Sussmann of “representing and working for the Clinton campaign in connection with its broader opposition research efforts.”

The trial against Sussmann is slated to begin on May 16, according to Fox News.