American energy providers are planning to invest hundreds of billions of dollars in green energy, even as such projects lead to skyrocketing costs for consumers.

Energy companies are projected to spend $140 billion in both 2022 and 2023, upgrading grid infrastructure, building renewable energy projects and preparing for electric-vehicle-fueled demand, the Edison Electric Institute told The Wall Street Journal, marking the largest yearly totals since the industry group began tracking the figure more than two decades ago.

Overall, energy bills are expected to increase by up to 3% on an annual basis, according to the research firm Sector & Sovereign Research, the WSJ reported. Energy bills have stayed relatively flat over the last several decades, Bureau of Labor Statistics data showed.

“You’re forcing more and more demand for electricity because the environmentalists want everything to be electric,” Dan Kish, a senior fellow at the Institute for Energy Research, told the Daily Caller News Foundation in an interview. “Yet, the sources you’re allowing to be used to make the electricity are getting more expensive.”

National Grid — a major energy supplier in New York, Massachusetts, New Hampshire and Rhode Island — became the latest company to unveil extensive plans for “achieving a net zero future” on Tuesday, promising to boos investments in wind, solar, hydropower and renewable natural gas. The California-based Pacific Gas & Electric (PG&E), the largest energy utility in the U.S., has issued its own net-zero plan that includes support for policies that will lead to nationwide carbon neutrality by 2050 or sooner.

“We have a critical responsibility to lead the clean energy transition for our customers and communities,” John Pettigrew, the CEO of National Grid, said in a statement.  (RELATED: ‘It’s A Huge Problem’: California’s Sky-High Electricity Prices Bring A Shock To Biden’s EV Dream)

However, the transition to renewables will lead to higher costs for utilities which will then be passed onto consumers in the form of price hikes, the WSJ reported. Pedro Pizarro, the CEO of California utility company Edison International, said recent natural gas prices have surged and energy costs will remain elevated in the future as providers build out renewable infrastructure and electricity demand skyrockets.

“We’re obviously very focused on trying to manage electric costs as much as we can, but let’s also recognize that there will be more pressure on electric costs,” Pizarro told the WSJ.

California consumers’ energy bills have dwarfed those of consumers in other states in 2021 and are projected to continue increasing. The state has implemented some of the most aggressive climate plans in the country. 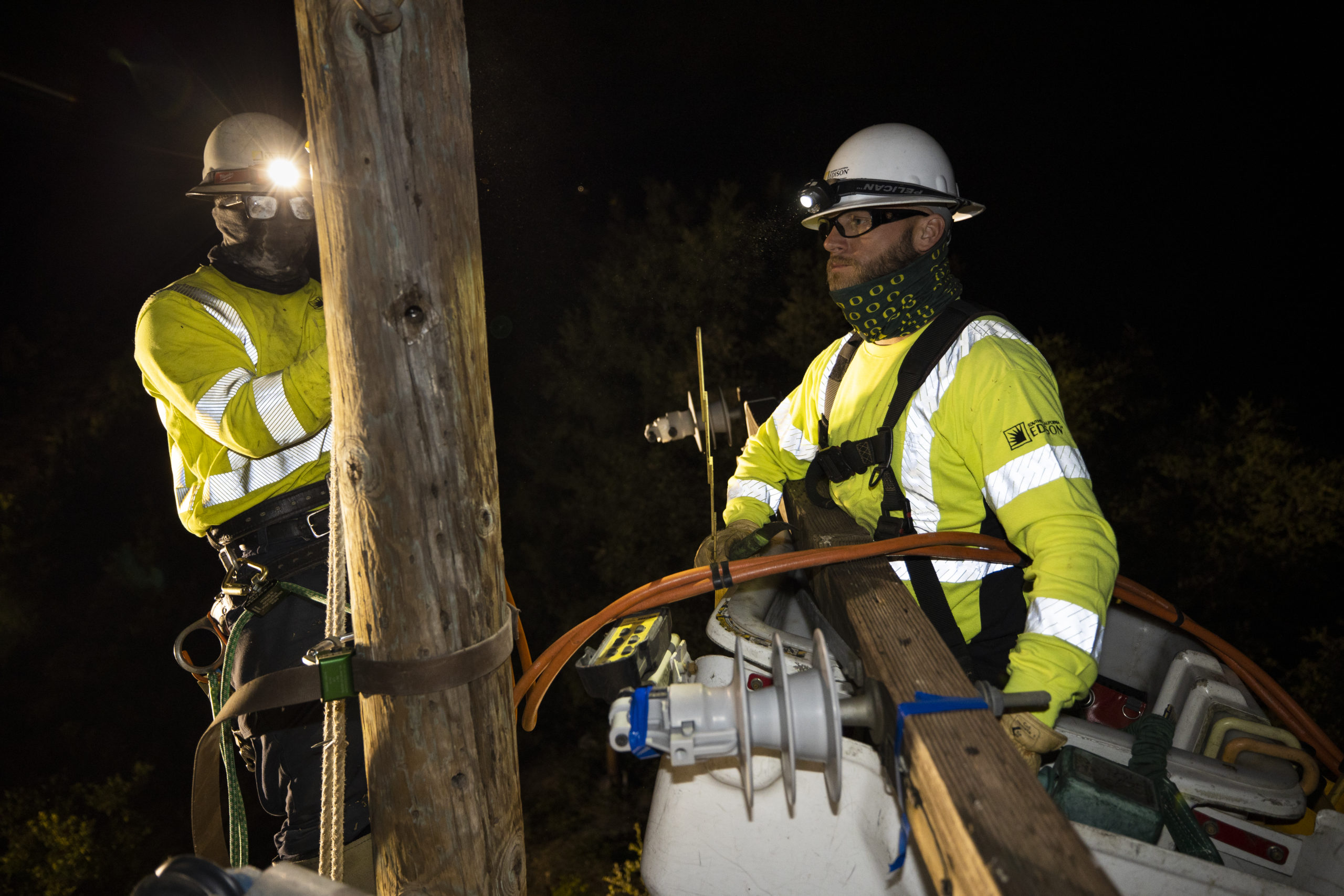 Workers for Southern California Edison power conduct repairs on a cable on May 13, 2020 in Santa Paula, California. (Brent Stirton/Getty Images)

President Joe Biden has laid out plans to cut U.S. emissions 50% by 2030 and achieve a 100% carbon-free electricity grid by 2035. His administration has also worked to limit new oil and gas drilling on federal lands and waters.

However, energy bills have surged in the region as nations have looked to Russia and other major fossil fuel producers for oil and natural gas supply. In the U.K. and EU, oil and gas drilling has sharply plummeted in recent years as the region has largely turned away from fossil fuels.  (RELATED: Energy Prices Set To Skyrocket Further As Biden Diverts More Natural Gas To Europe)

“The reason why gas prices have gone up so significantly — they’re about 10 times higher than they are in the U.S. — is because most European countries have phased out coal, have phased down nuclear and have gone almost exclusively to renewable energy,” Benny Peiser, the director of the U.K.-based Global Warming Policy Foundation, told the DCNF.

Millions of British households are expected to see energy bills increase by $1,000 per year, CNBC reported. The projected utility price increases will lead to a doubling of U.K. households in “fuel poverty” while the poorest British residents will be forced to spend 10% of their budget on energy.

“The situation has changed significantly for the worse,” Simon Rossi, the CEO of U.K. utility company EDF, recently said, according to Reuters. 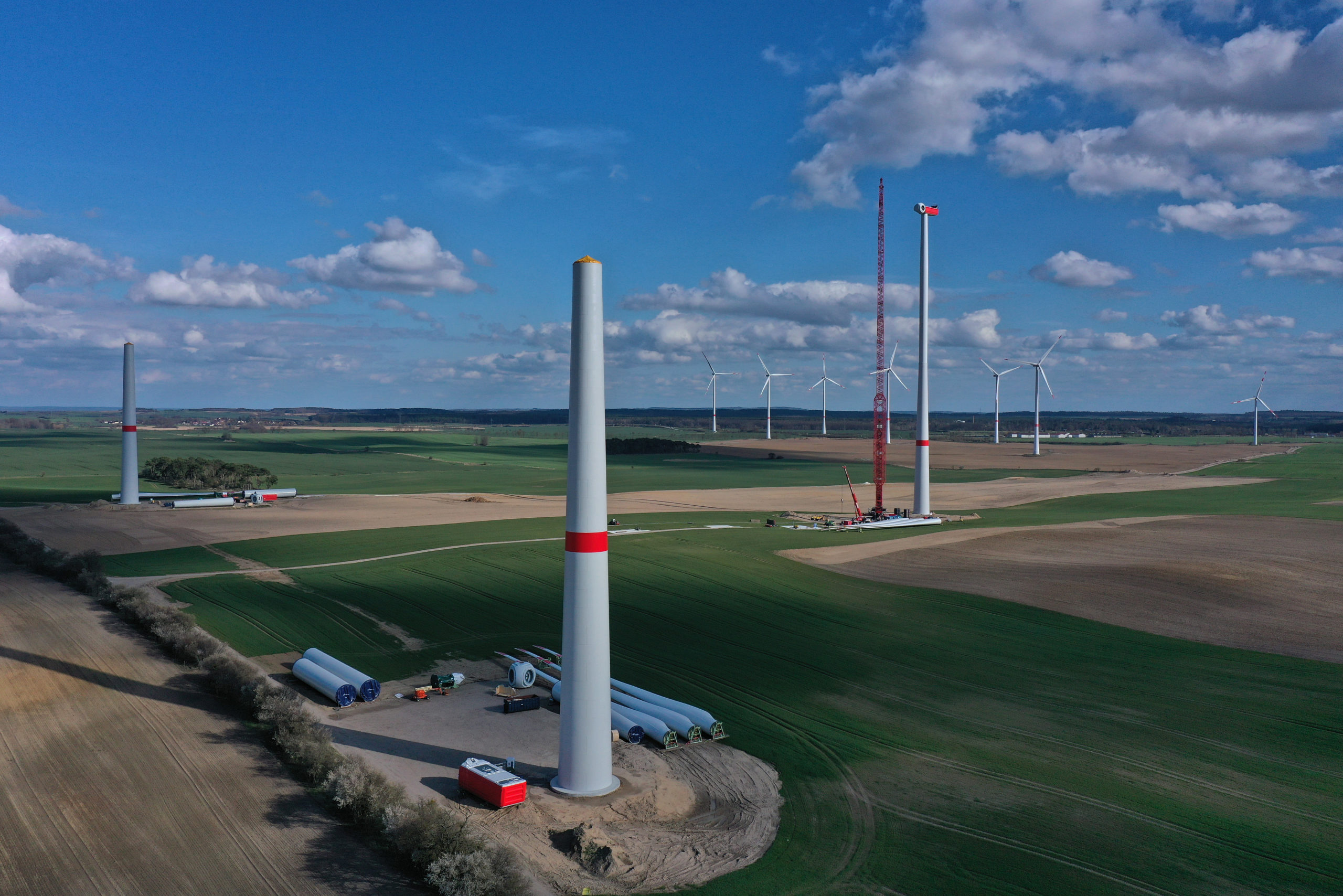 In addition, the European energy crisis that began in 2021 and has spilled into 2022 was caused by below-expected wind power generation, market data from Refinitiv showed. The low renewable energy output has forced imported natural gas demand through the roof.

The turn to renewables has also led to an unstable electric grid, according to Peiser, Kish and other experts. (RELATED: Biden Plans To Release More Oil From Emergency Stockpile. Will It Work?)

“What governments in Europe have been doing is throwing huge amounts of money at this problem to stabilize the grid,” Peiser told the DCNF. “They are paying astronomical sums to the still existing power generators to save the day and generate more electricity during periods where we have very little wind, no sun.”

“In Britain alone, consumers have to spend roughly 2 billion pounds per year to stabilize the grid,” he continued. “That cost is being paid by consumers, not by the renewable energy suppliers that are causing the problem in the first place.”

Peiser has recently worked to warn the U.S. against adopting the climate policies implemented in much of the West. In the U.S., wind produces only about 43% of its energy capacity while solar generates just 26-29% of its capacity, federal data showed.

“The good thing is people in the U.S. can already see which states are going down that route and what the costs are,” Peiser said. “The cost of living crisis and the energy cost crisis in Europe will actually change the political landscape quite significantly in the next one or two years.”