A record number of Hispanics in New Mexico are running for state House seats as members of the Republican Party, Axios reported Tuesday.

The state, which has the largest percentage of Hispanics in the country, has 18 Hispanic Republicans campaigning to be elected to the Democrat-controlled state House of Representatives, Axios reported. The candidates are largely running competitive districts, both urban and rural.

“Hispanic voters are realizing that the Democrats are moving further to the left nationally and in the state, and that the conservative Hispanic voters align with us much more,” Steve Pearce, chair of the Republican Party of New Mexico, told Axios.

The GOP has attempted to court more Hispanics ahead of the midterms in the aftermath of former President Donald Trump’s gains with the demographic in the 2020 presidential election. The National Republican Congressional Committee told Axios that a record 103 Hispanic candidates are running for the U.S. House this election cycle. 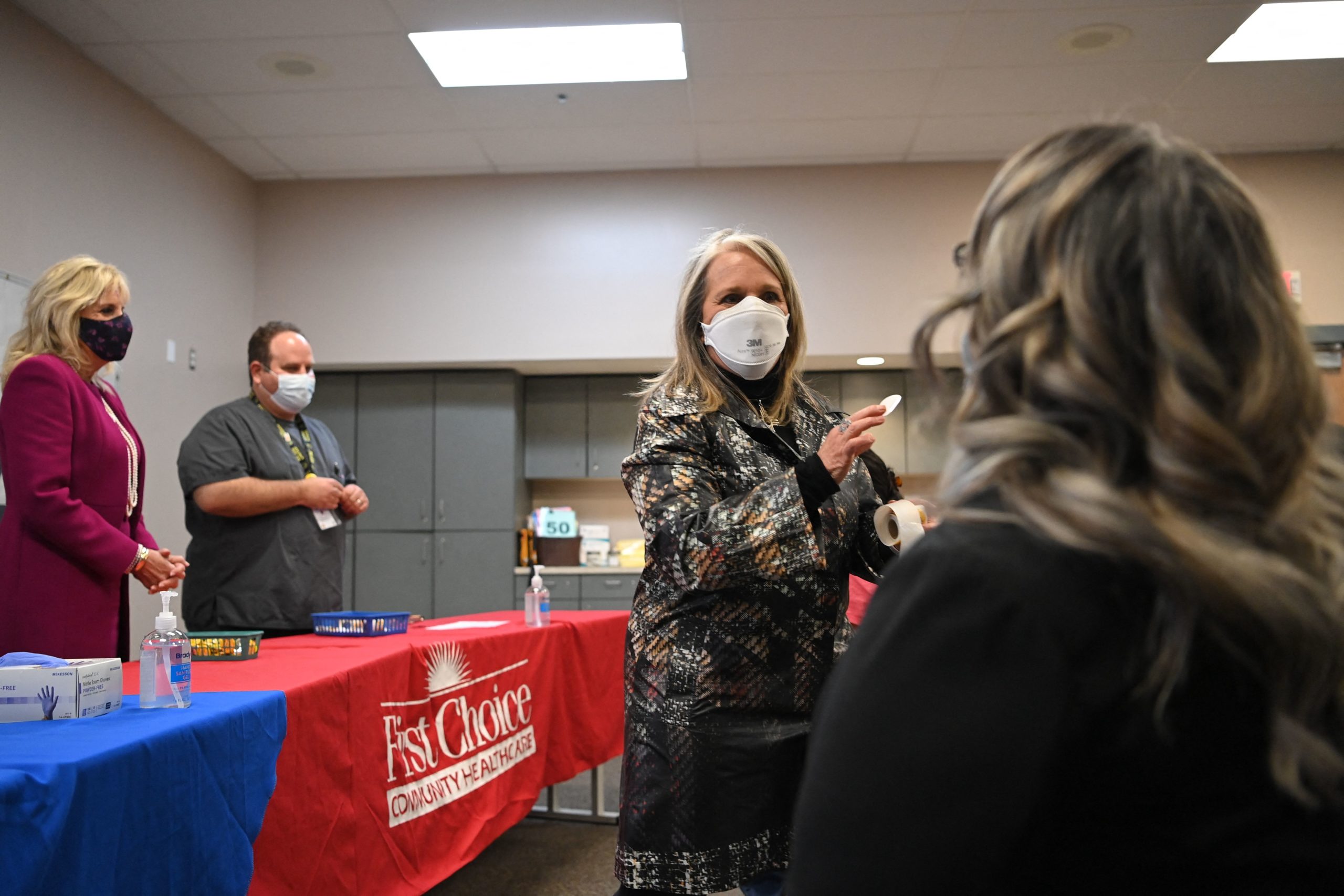 US First Lady Jill Biden looks on as New Mexico Governor Michelle Lujan Grisham gives a sticker to a woman who just received a Covid-19 vaccine during a visit at a vaccination center at First Choice Community Healthcare – South Valley Medical Center in in Albuquerque, New Mexico on April 21, 2021. (Photo by MANDEL NGAN/POOL/AFP via Getty Images)

Democratic Party of New Mexico spokesperson Delaney Corcoran told Axios the GOP’s number of Hispanic candidates was insignificant compared to the number of Hispanics already representing her party in the state legislature. (RELATED: ‘Wrought With Entitlement’: Florida Dems Forced Back To The Drawing Board Over Cratering Latino Support)

“Right now 37 out of 47 Hispanic members of the New Mexico legislature are Democrats, and this year more than 40 Hispanic Democrats are running for state House,” she said.

“While Democrats have been focused on the kinds of kitchen-table issues that make a difference to all New Mexicans, Republicans have been spewing extremist rhetoric, sowing division, and alienating New Mexicans,” Corcoran added.

A significant number of Hispanic women could end up representing the Republican Party on the midterm ballot in Texas, as well. A June special election could allow one of these candidates, Mayra Flores, to flip Texas’ 34th Congressional District red and prove the Hispanic shift towards the GOP is a threat to Democrats.