Democratic Rep. Ruben Gallego of Arizona criticized colleagues in his party for treating Latinos the same way they do “white liberals” in a podcast appearance Friday.

“A bunch of fucking big, big donors [who] are all white liberals end up hiring liberal consultants, [who] end up hiring other very liberal Latino consultants. And they all have this massive fucking feedback loop,” he added. (RELATED: Are Latinos Really Abandoning Dems? Poll Analysis Gives New Insight)

Republicans have been courting Latinos after President Joe Biden significantly underperformed with the demographic in the 2020 presidential election. The Republican National Committee has established Hispanic Community Centers in an effort to win over more voters, and the party has seen an increase in Hispanic candidates for the midterms in border states like Texas and New Mexico. 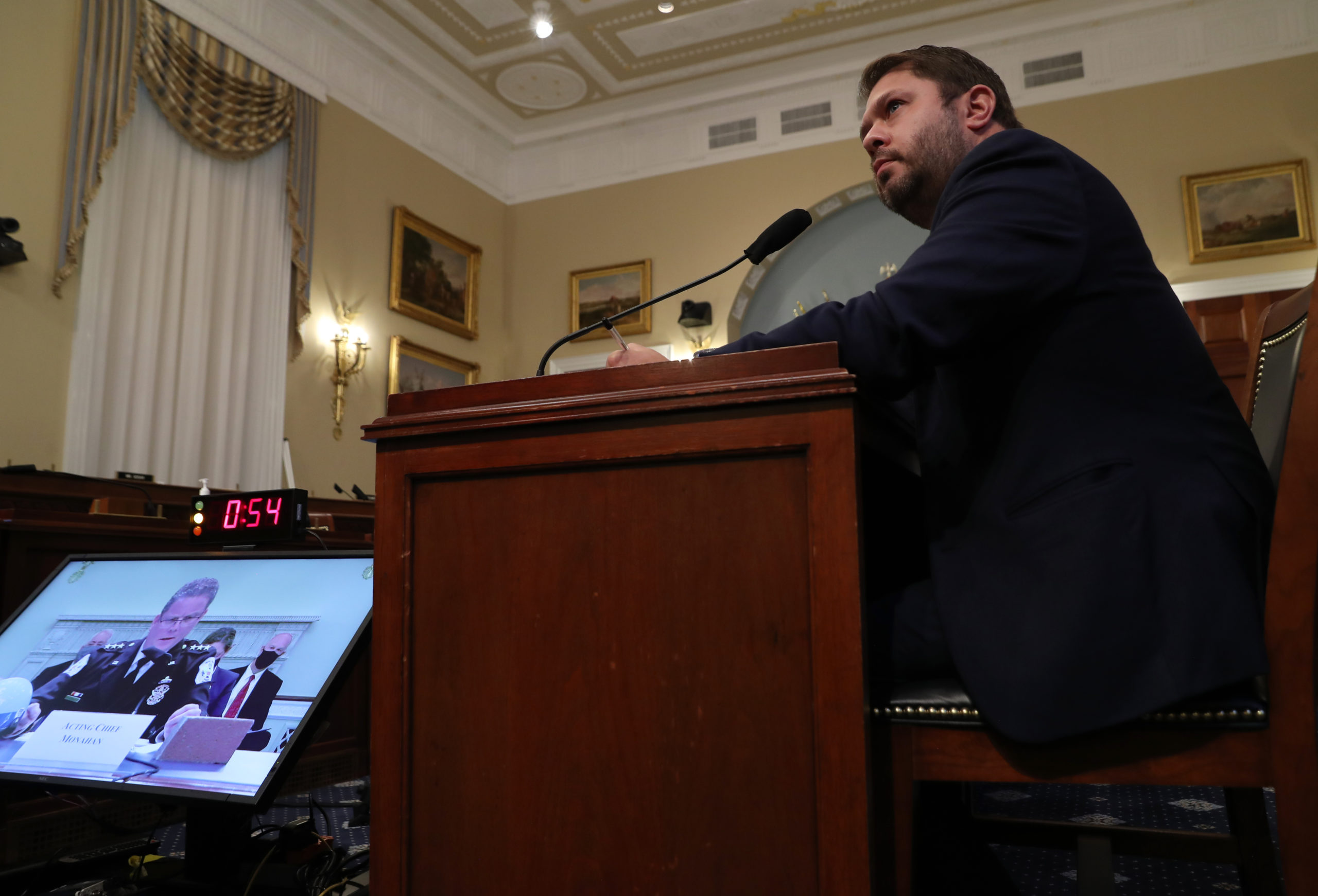 U.S. Rep. Ruben Gallego (D-AZ) questions Gregory Monahan, Acting Chief of the U.S. Park Police (on monitor) as he testifies about the June 1 confrontation with protesters at Lafayette Square near the White House during a House Natural Resources Committee hearing on July 28, 2020 on Capitol Hill in Washington, D.C. (Photo by Leah Millis-Pool/Getty Images)

Gallego, a first-generation American born to a Colombian mother and Mexican father, has previously spoken out about the Democratic Party’s disconnect with the Latino community. He said in December his office is not allowed to use the term “Latinx” in official communications, arguing the term is only used to “appease white rich progressives.”

“It will not lose you an election but if your staff and consultants use Latinx in your mass communication it likely means they don’t understand the Latino community and is indicative of deeper problems,” Gallego tweeted.

Gallego has openly flirted with potentially challenging Democratic Arizona Sen. Kyrsten Sinema for her seat in 2024.