Comedian Jon Stewart warned Sunday the biggest threat to comedy is authoritarian and fragile leaders while speaking at the Kennedy Center in Washington, D.C.

Stewart was being honored with the Mark Twain Prize for American Humor, with other high-profile attendees like Dave Chapelle and Jimmy Kimmel.

While accepting his award, Stewart issued the dire warning while referencing Will Smith’s slapping of Chris Rock at the Oscars, according to The Hill.

“It ain’t the pronoun police – it’s the secret police. It always has and it always will be,” Stewart said, according to The Hill.

“Comedy doesn’t change the world, but it’s a bellwether.” 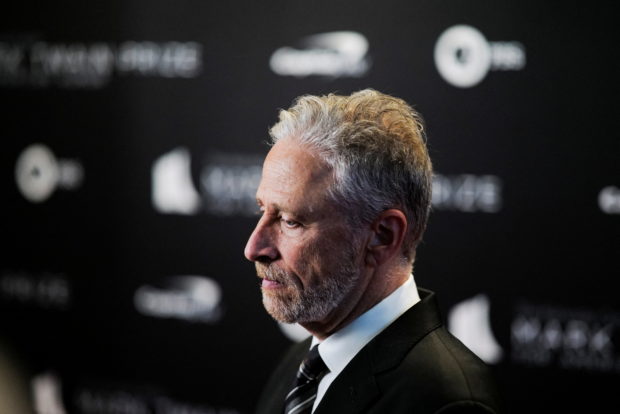 Comedian and talk show host Jon Stewart arrives on the red carpet before receiving the Mark Twain Prize For American Humor, at The Kennedy Center in Washington, U.S., April 24 2022.  REUTERS/Cheriss May

“When a society is under threat, comedians are the ones who get sent away first,” Stewart said. “It’s just a reminder to people that democracy is under threat. Authoritarians are the threat to comedy, to music, to thought, to poetry.” (RELATED: ‘Most Absurd Hyperbole I’ve Ever Heard’: Jon Stewart Panel On ‘White Supremacy’ Devolves Into Shouting Match)

Stewart used Egyptian comedian Bassem Youssef as an example of “the true threat to comedy.”

Youssef, a heart surgeon, created a YouTube comedy show modeled on Stewart’s, gaining popularity in Egypt during and after the 2o11 revolution, according to The Associated Press (AP).

Youssef appeared on “The Daily Show” in 2012 with Stewart, and Stewart then visited Cairo in 2013 to join Youssef’s show, according to the AP. Two weeks later, the Egyptian president was overthrown amid mass protests. Youssef consulted Stewart on how to proceed, with Stewart advising Youssef to stick to his guns even if it hurt his popularity, according to the report. The show eventually was canceled, with Youssef saying “the present climate in Egypt is not suitable for a political satire programme” after receiving threats, BBC reported.