Speaker of the House Nancy Pelosi reportedly said former President Barack Obama is “jealous” of President Joe Biden, according to a book that will be released in early May.

Two New York Times reporters, Alexander Burns and Jonathan Martin, will be releasing a book May 2 titled “This Will Not Pass: Trump, Biden, and the Battle for America’s Future.” In the book, the authors say that Obama has “complicated feelings” about Biden being president, Fox News reported Monday.

“Nancy Pelosi, who spoke regularly with the former president, came away from her conversations with Obama during this period with a matter-of-fact diagnosis. She told a friend: ‘Obama is jealous of Biden,'” the book reportedly states.

The book also alleges Biden told his adviser that Obama is upset with the coverage of his administration, saying it has been painted as more transformative than Obama’s presidency.

“I am confident that Barack is not happy with the coverage of this administration as more transformative than his,” the book quotes Biden as saying, citing an adviser, according to Fox News. (RELATED: EXCLUSIVE: Obtained NRCC Poll Shows Nancy Pelosi Is Most Unpopular Democratic Politician In US) 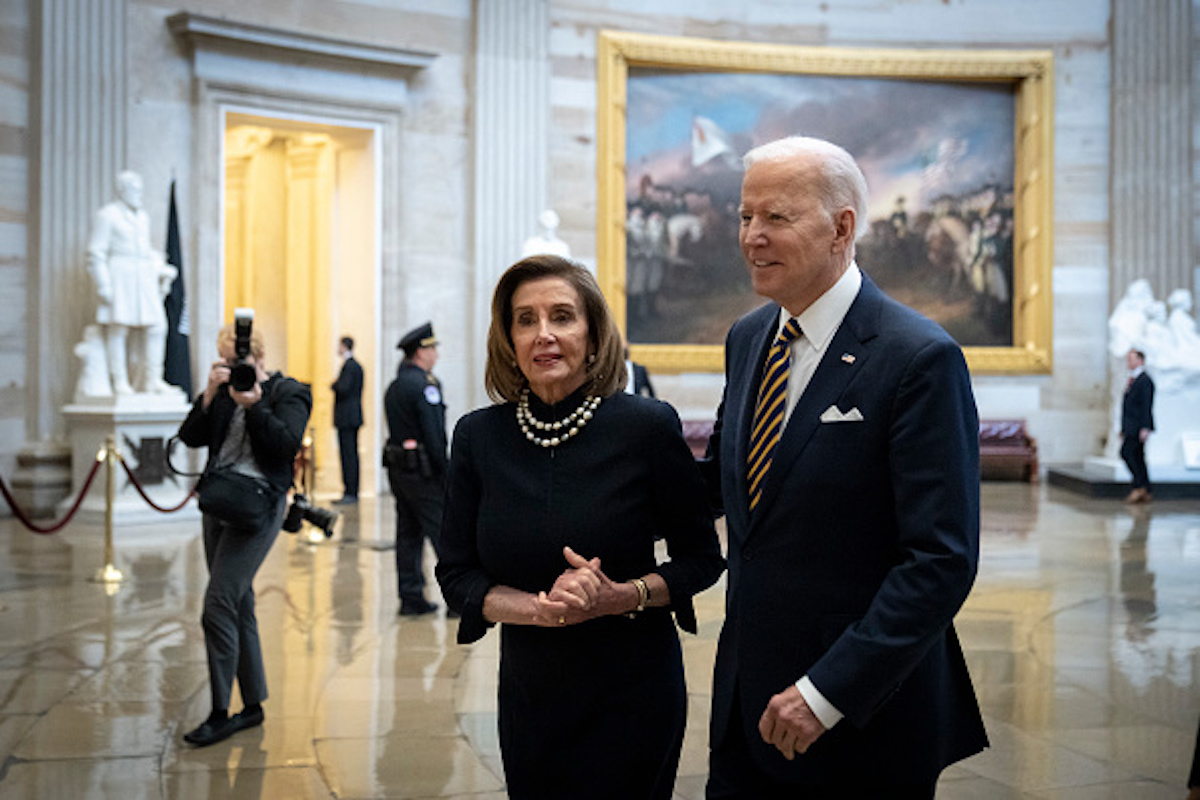 Speaker of the House Nancy Pelosi greets President Joe Biden in the Rotunda as he arrives to pay his respects to the late Rep. Don Young (R-AK) while lying in state in Statuary Hall at the U.S. Capitol March 29, 2022 in Washington, DC. (Photo by Drew Angerer/Getty Images)

In April, Biden reportedly told Obama he plans to run for president again in 2024. (RELATED: Top House Democrats Decline To Say If They Would Support Pelosi As Leader After She Announces Reelection)

The Daily Caller contacted Pelosi’s office about the alleged comments, to which they did not immediately respond.