Former President Donald Trump has made 145 endorsements since he left office with his support giving candidates varying degrees of success, boosting certain candidates while failing to help others.

In Pennsylvania and Ohio, candidates have received polling bumps after Trump’s endorsement, while several of the former president’s picks in Georgia have failed to take the lead.

The former talk show host had been trailing former Bridgewater Associates CEO David McCormick, but a poll from Trafalgar Group released after Trump’s endorsement had Oz up by three points, his highest since February.

Trump also inserted himself into Ohio’s highly contentious primary to replace retiring Republican Sen. Rob Portman. Despite opposition from the Ohio Republican Party, Trump endorsed J.D. Vance, who had been trailing in the polls to both Mike Gibbons and Josh Mandel, and faced criticism from opponents for his criticism of Trump during the 2016 presidential election.

Internal polling from Vance showed the “Hillbilly Elegy” author taking the lead in the aftermath of the endorsement, The Washington Times reported. Vance had been in a three-way tie with Mandel and Gibbons in the prior internal poll. 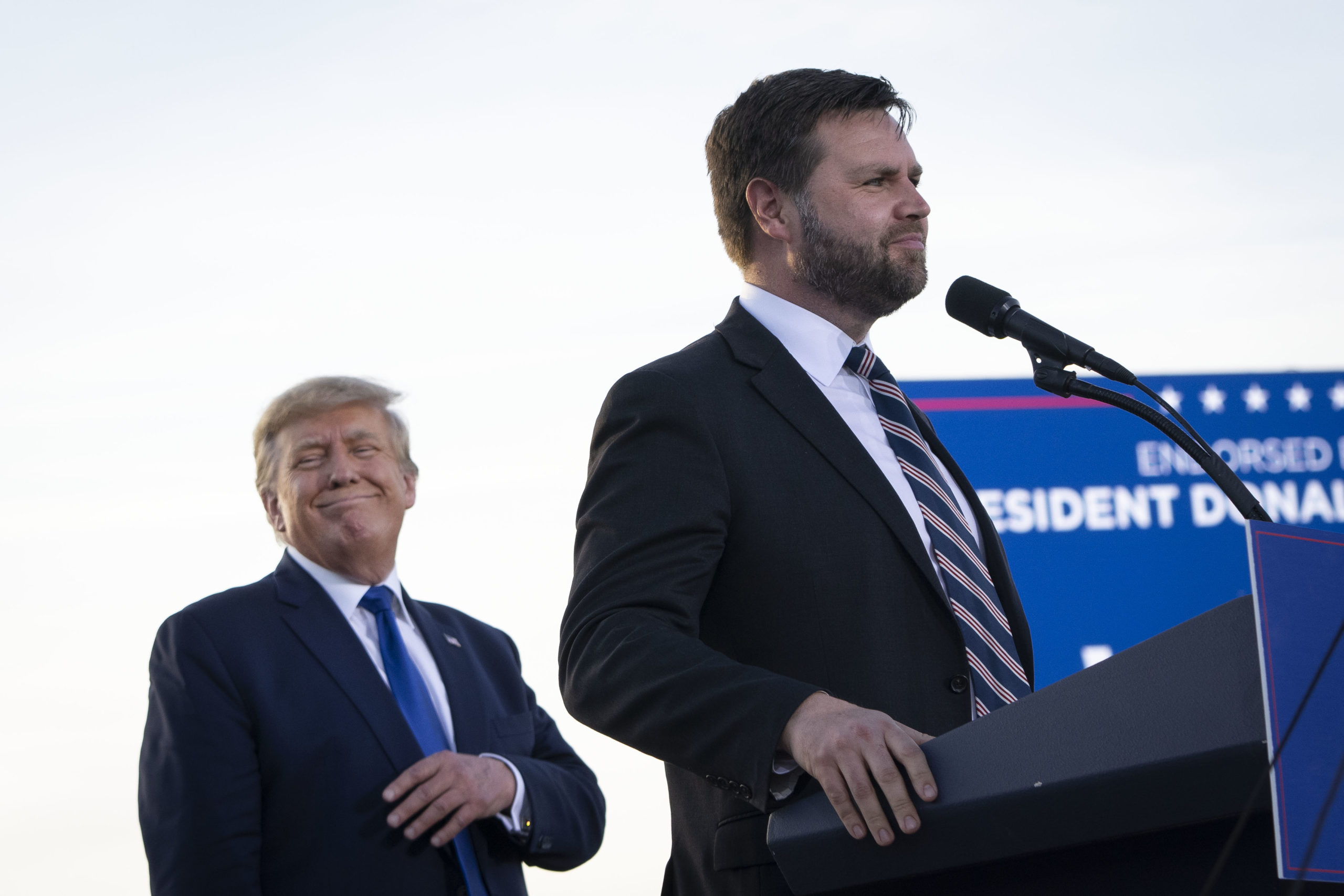 Former President Donald Trump listens as J.D. Vance, a Republican candidate for U.S. Senate in Ohio, speaks during a rally hosted by the former president at the Delaware County Fairgrounds on April 23, 2022 in Delaware, Ohio. (Photo by Drew Angerer/Getty Images)

Republican Alaska Sen. Lisa Murkowski, who voted for Trump’s impeachment after the Jan. 6 Capitol riot, is facing off against Kelly Tshibaka. In a March Cygnal poll commissioned by Tshibaka’s campaign, Murkowski was shown losing to her challenger by 2 points.

Alaska, however, has done away with party primaries, and will instead allow the top four candidates to move on to the general election, which will be subjected to a ranked-choice voting system that could benefit Murkowski, New York Magazine reported.

Despite Trump’s endorsement, Perdue has trailed Kemp in most polling, including an April poll from Emerson College commissioned by The Hill that showed Kemp leading with 43% percent of the vote, compared to Perdue’s 35%. The poll, which was conducted less than a week after Trump visited the state, also had incumbent Secretary of State Brad Raffensperger beating Trump-backed Rep. Jody Hice.

Retired NFL star-turned-Republican Senate candidate Herschel Walker has Trump’s endorsement in his Georgia primary and is performing much better. An April poll from the University of Georgia’s School of Public and International Affairs showed Walker winning 64% of the voters who were not informed he was endorsed by Trump and 76% of those who were, The Atlanta Journal-Constitution reported. 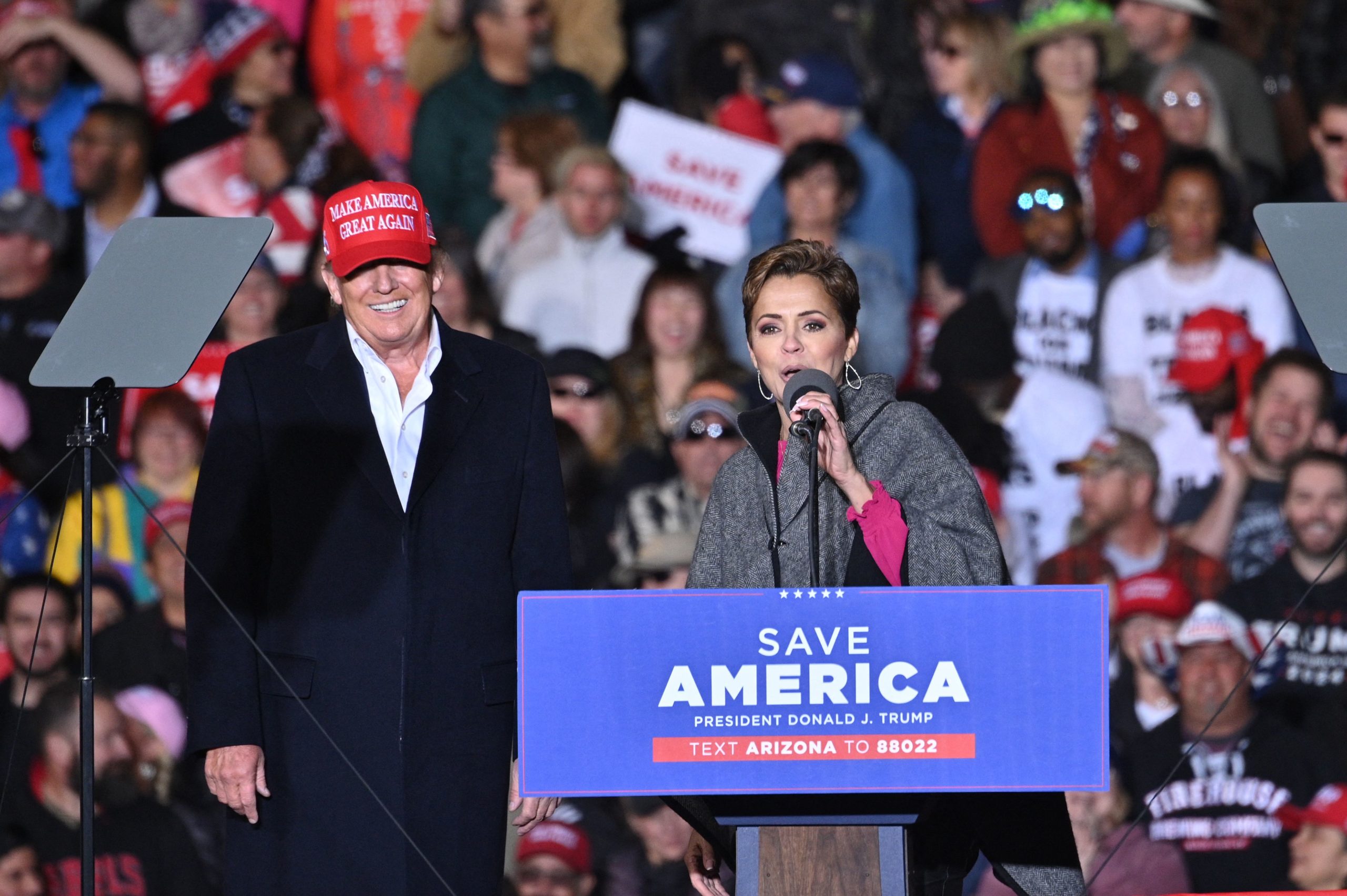 Former US President Donald Trump and Kari Lake, whom Trump is supporting in the Arizona’s gubernatorial race, speak during a rally at the Canyon Moon Ranch festival grounds in Florence, Arizona, southeast of Phoenix, on January 15, 2022. (Photo by ROBYN BECK/AFP via Getty Images)

However, candidates lacking Walker’s name recognition have had trouble letting voters know they have Trump’s endorsement.

After voters were informed that Trump supported Arrington, Mace trailed by 18 points, a dramatic shift.

In the Republican primary for Arizona’s gubernatorial race, Trump endorsed Kari Lake, who initially led by double digits but only managed single-digit leads in the two polls conducted for the race in 2022.

Trump also rescinded his endorsement of Alabama Senate candidate Rep. Mo Brooks, who initially held a large lead in the open primary, in March after two polls showed Brooks with less than 20% support.

“When I endorsed Mo Brooks, he took a 44-point lead and was unstoppable. He then hired a new campaign staff who ‘brilliantly’ convinced him to ‘stop talking about the 2020 Election.’ He listened to them,” Trump said in a statement.

“Very sad but, since he decided to go in another direction, so have I, and I am hereby withdrawing my Endorsement of Mo Brooks for the Senate,” he added.