Republican California Rep. Michelle Steel introduced legislation Wednesday that would require all universities to disclose their usage of personality traits in their admissions decisions.

The bill, titled The Helping Applicants Receive Valid and Reasonable Decisions (HARVARD) Act, comes in response to the Supreme Court being slated to hear arguments in the case Students for Fair Admissions Inc. v. President & Fellows of Harvard College. The suit claims that Asian-American applicants applying to Harvard were rated lower than other demographics on personality traits including “positive personality,” likability, courage, kindness and being “widely respected.”

“Every student should have the opportunity to succeed and build their own American Dream on their own merit. The use of personality traits, or discriminatory racial preferences, in admissions practices is just wrong. I’ve worked for decades to bring fairness in our education system, and this is another important step towards ensuring a level playing field for ALL students,” Steel, who is one of two Republican Asian-Americans in Congress, said in a statement. 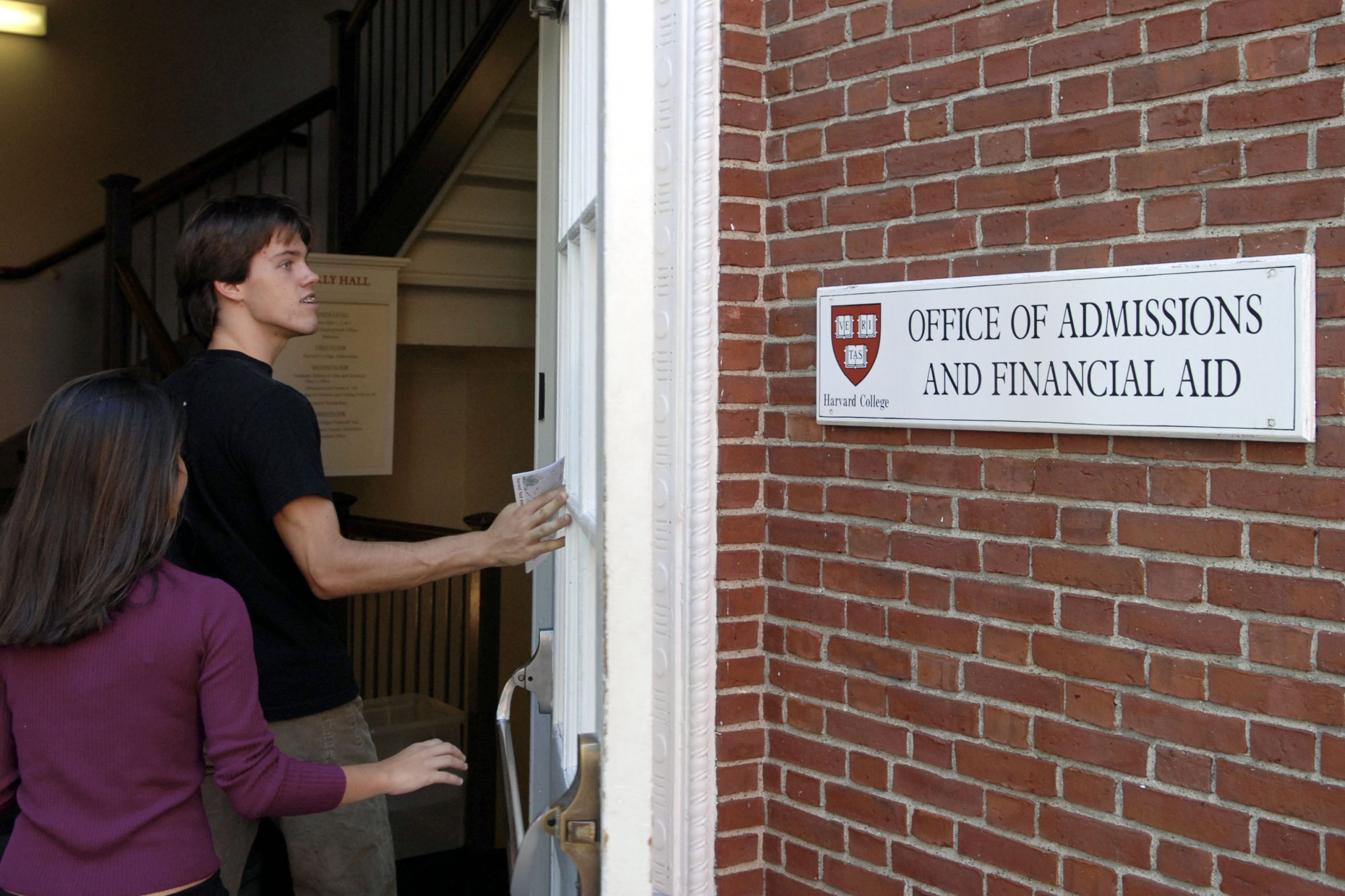 CAMBRIDGE, MA – SEPTEMBER 12: Students enter the Admissions Building on the campus of Harvard University September 12, 2006 in Cambridge, Massachusetts. Harvard has announced that it will end early admissions next year, citing criticism that it favors wealthier students and hinders those seeking financial aid since the deadlines for aid are much later. (Photo by Glen Cooper/Getty Images)

The HARVARD Act would require universities using personality-based criteria to disclose it to their applicants and provide rationale for using it, as well as publishing a description of the process and the standards used to judge the personality traits.

Steel told the Daily Caller that she believes using personality traits to judge applicants can be an effort to racially balance the applicant pool, and that students should be judged on test scores, grades, the rigor of their classes and extracurricular activities.

“How are they going to score personal traits from each of the students [by just] reading their essays?” Steel said, claiming that personality traits are merely subjective and that most students don’t get an interview.

A federal judge ruled in February that the Thomas Jefferson High School for Science and Technology, the highest ranked public high school in America, changed its admissions requirements to deliberately reduce the proportion of Asian-American students. The school removed standardized testing, lowered GPA requirements and included “experience factors” in its application in an effort to increase black and Hispanic students. (RELATED: Asian-Americans Are Bolting From The Democratic Party, And They Might Never Look Back)

Asian Americans also fueled the campaign to recall three San Francisco school board members after the Board of Education had voted to replace the admissions process at the highly selective Lowell High School with a lottery system. The lottery system reduced the number of Asian-American and white students admitted by 25% and increased admitted Latino and black students by 40%, according to the New York Times.

“This is going to be the start. Hopefully when I introduce this bill other states are going to watch this too” and work to enact measures for high schools, which have a different funding stream, Steel said.