Both lawsuits alleged that the USPS conducted a “flawed” environmental analysis in 2021 before moving ahead with a program to replace its aging fleet mainly with traditional gas-powered delivery trucks. The postal service’s Next Generation Delivery Vehicle (NGDV) plan failed to comply with even the “most basic requirements,” according to California Attorney General Rob Bonta, who led the state lawsuit with New York Attorney General Letitia James.

Washington D.C., New York City and the Bay Area Air Quality Management District were also listed as plaintiffs in the state lawsuit. The lawsuits were filed in the U.S. District Court for the Northern District of California.

Earthjustice led the other lawsuit alongside fellow green groups CleanAirNow KC, the Sierra Club and the Center for Biological Diversity.

“The Postal Service conducted a robust and thorough review and fully complied with all of our obligations under [National Environmental Policy Act],” USPS spokesperson Kim Frum told the Daily Caller News Foundation in an email.

“The Postal Service is fully committed to the inclusion of electric vehicles as a significant part of our delivery fleet even though the investment will cost more than an internal combustion engine vehicle,” she added. (RELATED: ‘Lost Opportunity’: White House Slams USPS Plan To Buy More Gas-Powered Vehicles)

The USPS announced in February 2021 that it would purchase the new vehicles from Wisconsin-based automaker Oshkosh over the next decade. Just 10% of the new delivery trucks, though, will be electric under the NGDV deal with Oshkosh.

Frum added Thursday that the USPS would make “fiscally prudent” decisions when examining its options for replacing its delivery fleet, echoing previous comments from Postmaster General Louis DeJoy. The USPS head said in March 2021 that the postal service couldn’t afford a large electrification of its fleet. 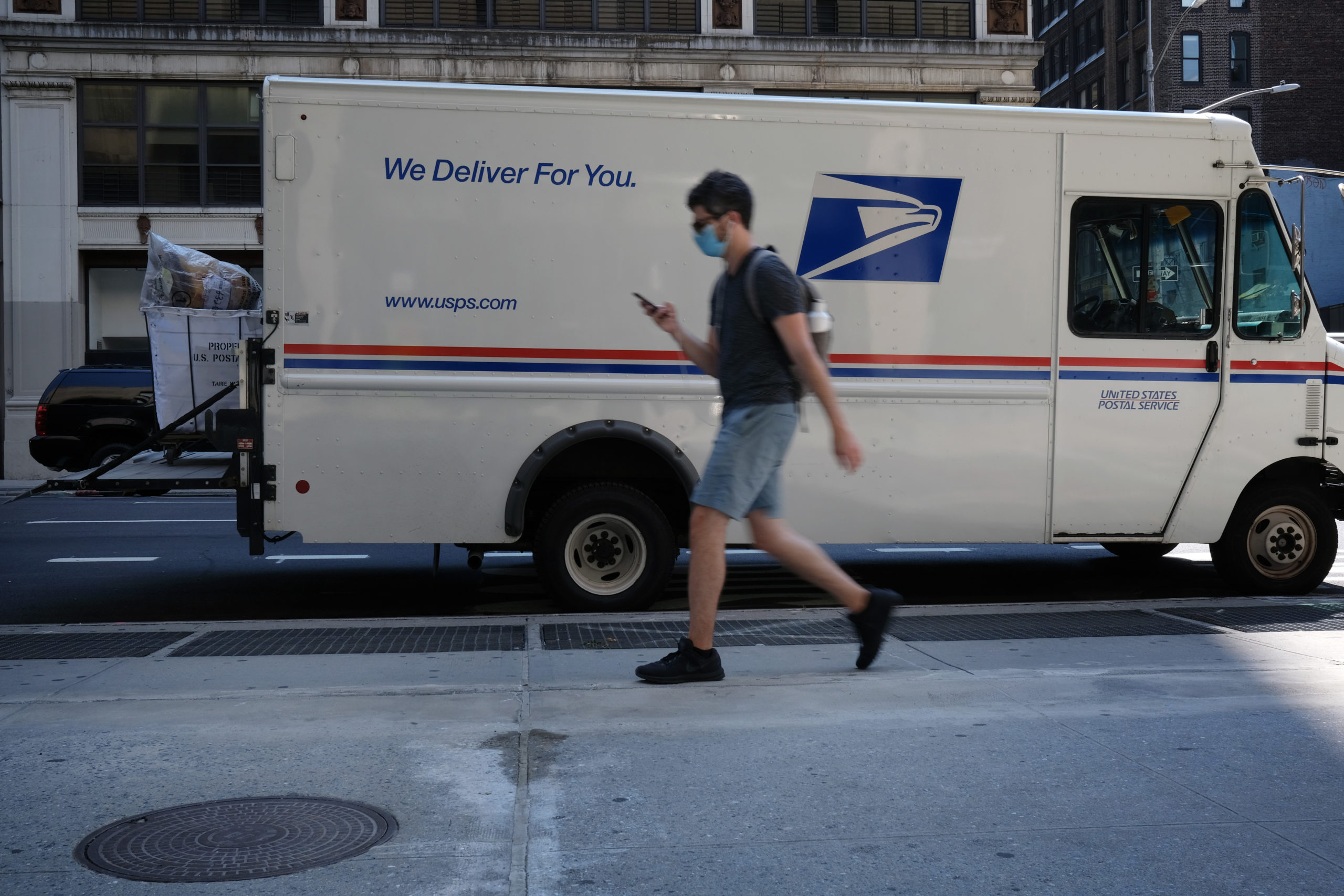 “The Postal Service has a historic opportunity to invest in our planet and in our future,” Bonta said in a statement. “Instead, it is doubling down on outdated technologies that are bad for our environment and bad for our communities.”

“The Postal Service’s plan to purchase thousands of combustion mail trucks will not only deliver pollution to every neighborhood in America, it’s also unlawful,” Adrian Martinez, a senior attorney with environmental group Earthjustice, added.

Martinez alleged that the USPS’ environmental review was “rickety and riddled with error.”

In February, the Biden administration sent a series of scathing letters to the USPS, arguing that the vehicle replacement program was a lost opportunity and that the agency could be faced with congressional or federal court intervention if the plan wasn’t reconsidered. But the USPS doubled down on the plan shortly after the letters, saying it was working to electrify its fleet “as quickly as resources and infrastructure will allow.”