Ford reported revenue of $34.5 billion between January and March, a 5% decline relative to the same period in 2021, and a net loss of $3.1 billion, according to the company’s earnings report released Wednesday. The Detroit automaker said its large investment in Rivian accounted for $5.4 billion in losses during the first quarter.

“A net loss of $3.1 billion was primarily attributable to a mark-to-market loss of $5.4 billion on the company’s investment in Rivian,” Ford said in the earnings report.

Rivian has posted massive profit losses of its own and its share price has plummeted nearly 70% over the last six months. The value of Ford’s roughly 102 million Rivian shares has fallen from about $17.5 billion to $3.2 billion since November. 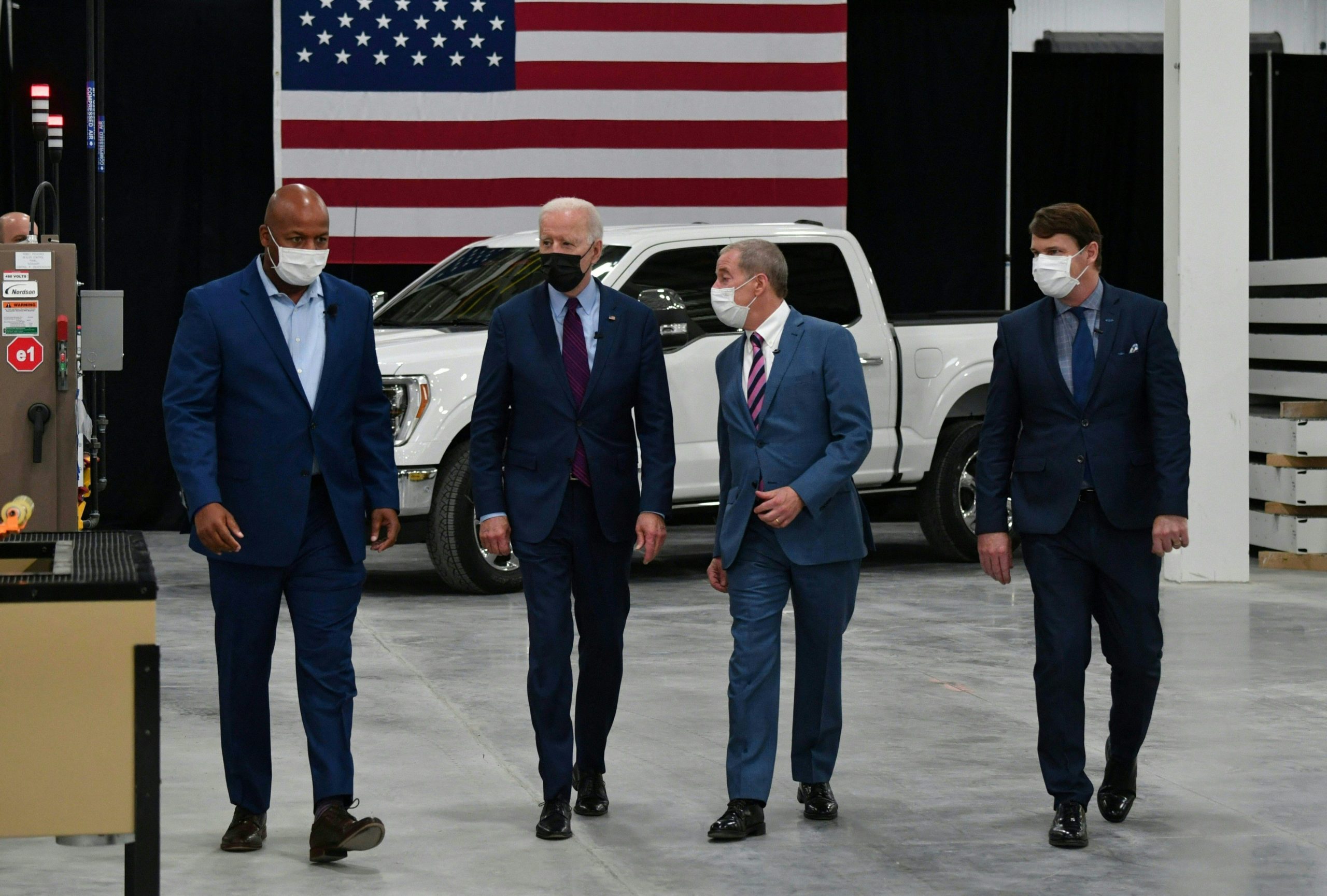 “The capability of this business is much stronger than what we were able to provide in the quarter,” Ford CFO John Lawler said Wednesday, The Wall Street Journal reported.

Rivian, a California-based company founded in 2009, went public in November, according to the WSJ. Investors quickly scooped up shares of the startup EV maker at the time, but recent poor performance has driven many investors away.

Automakers have increasingly turned their attention toward manufacturing electric vehicles as governments push aggressive green energy plans. President Joe Biden has promised to craft policies to ensure 50% of new vehicle sales in the U.S. are emissions-free by 2030 and every addition to the federal government’s 600,000-vehicle fleet is electric by 2035.

However, Rivian CEO RJ Scaringe recently suggested that the supply chain for EV batteries is still far behind where it needs to be to achieve many of the goals pushed by Western governments, the WSJ reported.

“Put very simply, all the world’s cell production combined represents well under 10% of what we will need in 10 years,” Scaringe said last week. “Meaning, 90% to 95% of the supply chain does not exist.”