A housing project based out of old hotels in San Francisco became the site of overdoses, rampant crime, violence and unsafe living conditions, according to a San Francisco Chronicle report.

The hotels are the main components of the city’s $160 million permanent supportive housing program, which failed in its goal of helping residents gain enough stability to find independence and their own housing, according to the San Francisco Chronicle. A quarter of the tenants tracked by the government after exiting supportive housing in 2020 died.

Overdoses occurred frequently in the hotels, with at least 166 people dying between 2020-2021, the SFC reported. Residents attacked and threatened to kill staff members, lit fires in rooms and attacked other residents. (RELATED: Desperate Mothers Of Drug Addicts Take Out Billboard In San Francisco Lamenting Drug Crisis)

Another 21% left for unknown destinations, and only a quarter found steady homes, which included living with friends or relatives or moving into taxpayer-subsidized housing, according to the SFC.

Some residents had to use hospital-style portable toilets due to shuttered bathrooms and elderly residents were trapped in broken elevators on numerous occasions, according to the SFC. Rooms had issues with mold, water leaks and rat infestations, and the hotels accrued more than 1,600 violations from city housing inspectors since 2016.

“I moved in there and the kitchen sink had human shit in it, and the hotel has black mold,” said one former tenant who opted to live on the streets instead of in the hotel, according to the SFC, which confirmed such violations occurred through public records. “So we said screw that, and we started sleeping on the streets.” 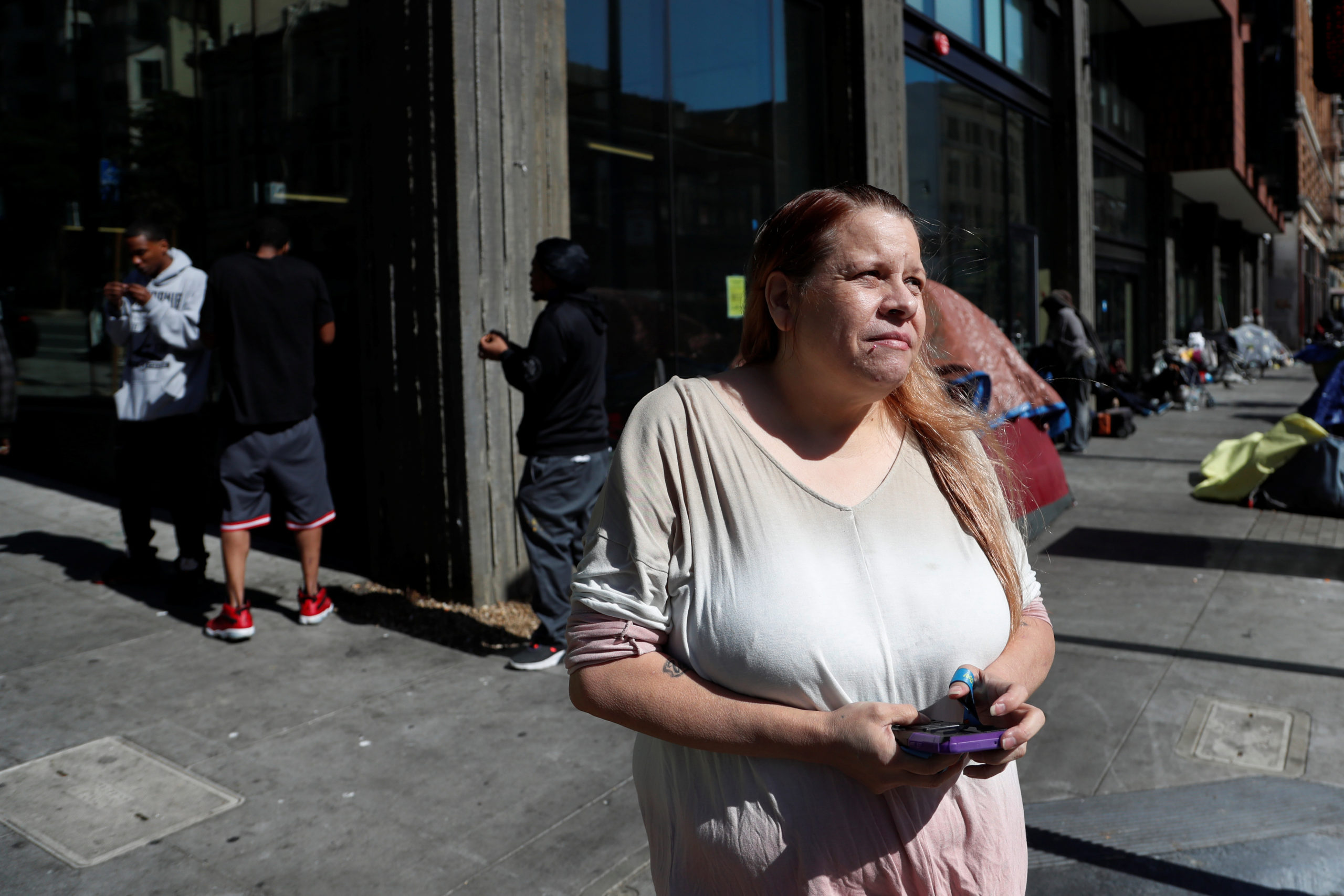 Dawna Valdez, who formerly was homeless living with her grandchildren in and out of shelters, poses outside her affordable housing building the Tenderloin area of San Francisco, California, U.S., February 29, 2020. Picture taken February 29, 2020.

One wheelchair-bound 57-year-old man missed multiple chemotherapy appointments for his prostate cancer because the elevator wasn’t working and the building had placed him on an upper floor, according to the SFC.

Today, I’m releasing my bold plan to address homelessness in San Francisco in a meaningful, sustainable way. We can create a San Francisco where no one is forced to sleep on the street, or suffer from addiction or mental illness alone without shelter. https://t.co/nxm0DAhpTi

The units were run by the city’s Department of Homelessness and Supportive Housing (HSH) which, according to the SFC, reports directly to Democratic Mayor London Breed. Breed told the SFC that the nonprofits that operate the hotels were to blame, and said she hadn’t pressed the HSH to hold those nonprofits accountable for issues with the hotels because of COVID-19.

A leader of one such nonprofit, Randy Shaw, said the city was placing the most high-need tenants into the hotels without allocating the resources they needed.

“We throw all these people into our hotels who have no demonstrated ability to live independently, who have severe problems and need to be elsewhere,” Shaw told SFC. (RELATED: San Francisco Mayor To Pay Nearly $23,000 In Fines For Ethics Violations)

San Francisco’s homeless population soared from 12,249 to 19,086 between 2016 and 2020, a time during which the HSH budget ballooned from $202 million to $600 million, according to the SFC. Yet the housing units are chronically underfunded, receiving less than half the per-unit/per-day funding HSH recommends, resulting in caseworkers earning below a living wage and handling five times as many tenants as advised by federal recommendations.

“I’ve got to get out of here,” a woman living in a HSH hotel told SFC. “This is a nightmare. People give up in these places. There really is no hope.”