First lady Jill Biden is scheduled to travel to Eastern Europe late this week to meet with U.S. service members, diplomats and Ukrainian refugees in an effort to show support amid the Russia-Ukraine war, her office said Monday.

Biden will be making stops in Romania and Slovakia during her five-day trip, two NATO countries that share a border with Ukraine. She will leave the U.S. on Thursday and arrive in Romania on Friday, according to her office.

Over 825,000 Ukrainian refugees have fled to Romania and 379,000 have gone to Slovakia since Russia’s invasion of Ukraine, according to the United Nations. (RELATED: EXCLUSIVE: Poland Took In 2.3 Million Ukrainian Refugees. Here Is How It’s Faring)

She will meet Friday with U.S. military service members at the Mihail Kogalniceau Air Base in Romania.

Biden will spend Mother’s Day meeting with” humanitarian aid workers, and local Slovakians who are supporting families who have sought refuge in Slovakia during this crisis,” her office said. She will also meet with “Ukrainian mothers and children who have been forced to flee their home country because of Putin’s war.”

Biden will meet next Monday with Slovakian government members before flying back to the U.S. 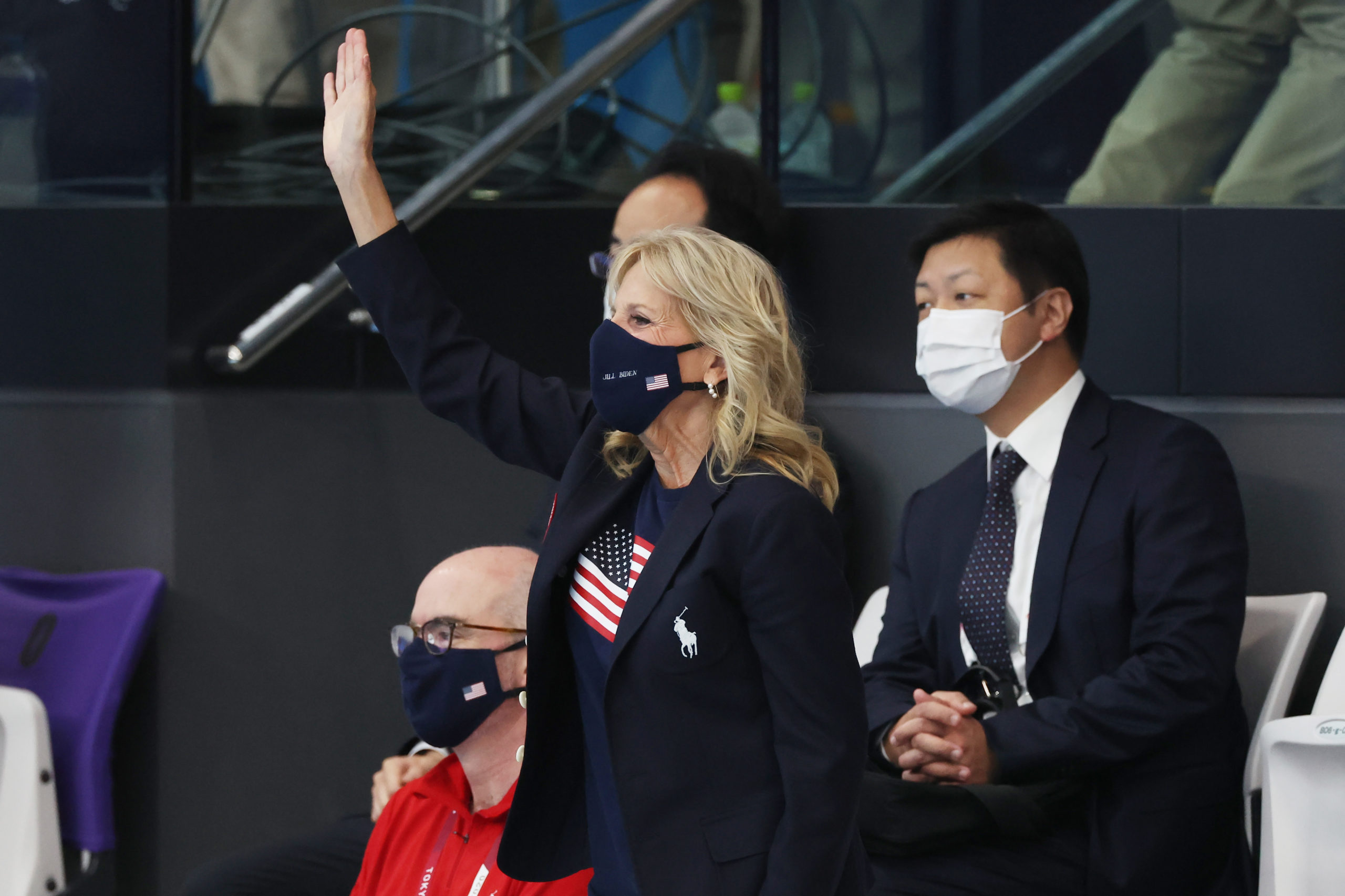 TOKYO, JAPAN – JULY 24: First Lady of the United States Jill Biden in attendance on day one of the Tokyo 2020 Olympic Games at Tokyo Aquatics Centre on July 24, 2021 in Tokyo, Japan. (Photo by Tom Pennington/Getty Images)

This trip will be Biden’s second solo international trip as first lady, having traveled to Japan to represent the U.S. in the Olympics in July 2021.

President Joe Biden and Vice President Kamala Harris have both travelled to Eastern Europe to speak with foreign leaders amid Russia’s invasion of Ukraine.