A top aide to Sen. Jon Ossoff shared questions for pre-approval with a Department of Justice (DOJ) staffer that the Georgia Democrat would ask Attorney General Merrick Garland and Assistant Attorney General Kristen Clarke at Senate Judiciary Committee hearings, emails released by the DOJ pursuant to the Freedom of Information Act (FOIA) reveal.

Sara Schaumburg, Ossoff’s General Counsel, provided lists of questions to Helaine Greenfeld, the then-Acting Assistant Attorney General in charge of the Office of Legislative Affairs. Greenfeld, a former staffer in the office of Democratic Hawaii Sen. Mazie Hirono, has since withdrawn her nomination to the position. The Office of Legislative Affairs acts as the DOJ’s liaison to Congress.

“Please let me know if you think AAG Clarke would have any trouble answering those (as in, whether it’d be hard for her to give a straight “yes” to those and I can redirect them to someone on the second panel,” Schaumburg added.

She later followed up, telling Greenfeld that she “just want[ed] to confirm the AAG is comfortable with the VRAA line of questioning.”

During the Oct. 6 hearing, Ossoff spoke at length, criticizing Republicans and conservative legislation while using many of the same talking points Schaumburg sent Greenfeld.

“Mitch McConnell says the John Lewis Voting Rights Advancement Act is ‘unnecessary.’ According to him, it’s already illegal to discriminate based on race, so no one’s rights are threatened,” Ossoff said, using the exact same words Schaumburg sent to Greenfeld.

Ossoff went on to invite Clarke to promote an amendment he introduced that would precipitate further federal involvement in statewide elections under the guise of preventing threats to local officials, again quoting directly from the email Schaumburg sent to Greenfield.

“The Attorney General has convened an elections threat task force to deal with this issue, and the Department welcomes the provisions of this bill which would put in place protections to counter this very real threat,” she responded. 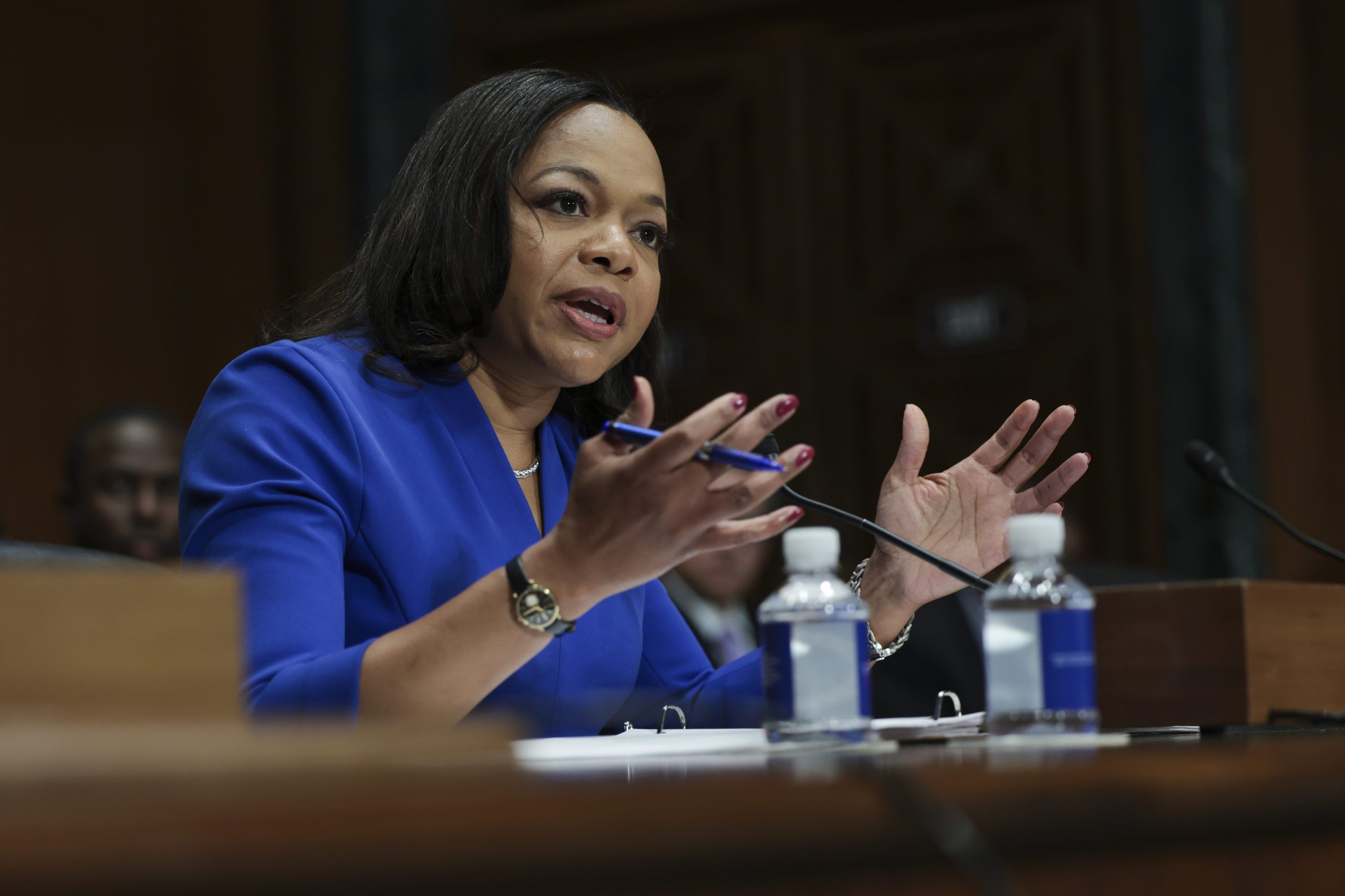 Ossoff’s office did not respond to a detailed request for comment from the Daily Caller on the matter.

When Garland appeared before the Judiciary Committee on Oct. 27, 2021 for a general oversight hearing, Republicans once again peppered him with questions about a memorandum encouraging law enforcement officials to conduct terrorism threat assessments on people criticizing elected officials at school board meetings. In contrast, Democrats pressed Garland to enforce subpoenas against individuals served by the House committee investigating the Capitol riot, and called on him to implement gun control policies. (RELATED: EXCLUSIVE: Rep. Banks Demands Explanation Of NSBA Domestic Terrorism Letter)

During his question time, Ossoff asked Garland about issues related to the Federal Bureau of Prisons, election laws, and warant-less digital surveillance.

“Earlier this year, the GAO, which as you know is a nonpartisan independent watchdog, concluded that BOP lacks a reliable method for assessing the scope of staffing issues or the impact on incarcerated populations and staff of staffing issues at BOP facilities. Do you agree the inability to reliably measure this problem impedes BOP’s ability to address gaps? For example, shortages of medical staff, shortages of personnel who will help implement the first step act in anti-recidivism programs, as well as makes it more difficult for Congress to respond? And will you commit to working with my office to help identify where there’s gaps in planning or budgeting or personnel management or the authorities that BOP has?” Ossoff asked Garland.

“Yes, Senator,” the attorney general comfortably agreed, adding that he would “be happy to have somebody on our staff meet with your staff.”

In another exchange, Ossoff asked Garland whether or not the DOJ purchases commercially available cell phone data that it can then crawl through without receiving a search warrant.

“I think there are serious Fourth Amendment concerns there,” the senator said.

Garland responded that he was not sure if the DOJ did so, but that he would “look into that and get back to you.”

In both instances, Garland was provided advance notice of Ossoff’s questions almost verbatim. In this case, Schaumburg reached out to Greenfeld unprompted on Oct. 25, telling her that the DOJ should make her aware if any questioning “causes heartburn.” In particular, Schaumburg noted the “phrasing” of a question about the Voting Rights Act, asking if Ossoff’s “windup/question could be unhelpful in any way.”

Ossoff did not ultimately ask the question about which Schaumburg expressed concern.