The Biden administration has yet to take a public position on a major natural gas pipeline as the project faces an uphill federal permitting battle.

Equitrans Midstream, the energy company that proposed the Mountain Valley Pipeline (MVP) in 2014, delayed the project’s expected completion to late 2023 and said it would pursue new federal permits for a second time, in an earnings report published Tuesday. The project — a 303-mile pipeline that would transport natural gas from West Virginia to Virginia — faced another setback earlier this year after a federal appeals court struck down its Trump-era permits, ruling in favor of environmental groups.

Federal agencies involved in the MVP permitting process didn’t respond to requests for comment or declined to comment altogether, and the White House has yet to intervene in the matter despite soaring energy prices and pleas from a Democratic senator.

“After engaging with the federal agencies and evaluating all options, we believe the best path forward for MVP’s completion is to pursue new permits,” Thomas Karam, the chairman and CEO of Equitrans, said in a statement Tuesday. “To reflect the time required for permit re-issuance and to ensure safe, responsible project construction, we have revised our MVP in-service target to the second half of 2023.”

The total project cost of the pipeline has increased to $6.6 billion, the company added in its earnings report. The MVP pipeline was originally projected to begin operations in 2018 and the total cost has doubled since the project was unveiled, Bloomberg reported. (RELATED: Biden Admin Stalls Natural Gas Pipeline At The Behest Of Environmental Activists)

Equitrans Midstream officially delayed the Mountain Valley Pipeline completion target to the second half of 2023. Also, the project costs have increased by $0.4B to a guidance of $6.6B. #natgas #ongt #enelyst pic.twitter.com/tJiwxtoVOx

“Since the project’s inception, groups opposing energy infrastructure development have challenged the MVP project at every turn, filing dozens of petitions contesting MVP’s previously issued state and federal authorizations,” Equitrans spokesperson Natalie Cox told the DCNF in an email. “The agencies have expended substantial time and resources on the permit reviews; and the final authorizations exceeded regulatory and legal requirements for these types of projects.”

The U.S. Court of Appeals for the Fourth Circuit ruled in January that the Forest Service and Bureau of Land Management (BLM) under the Trump administration failed to conduct proper environmental reviews of the pipeline. Weeks later, the same federal panel invalidated the Fish and Wildlife Service’s biological opinion permit for the MVP, saying it failed to consider project impacts on endangered fish species such as the Roanoke logperch and candy darter.

The plaintiffs, a group of conservation groups led by the Sierra Club, argued the pipeline would cause widespread environmental damage.

The permits had been issued in 2017 and reissued in early 2021 under the Trump administration. Former BLM official Katherine MacGregor said in 2017 the project would “efficiently deliver domestic natural gas resources.” 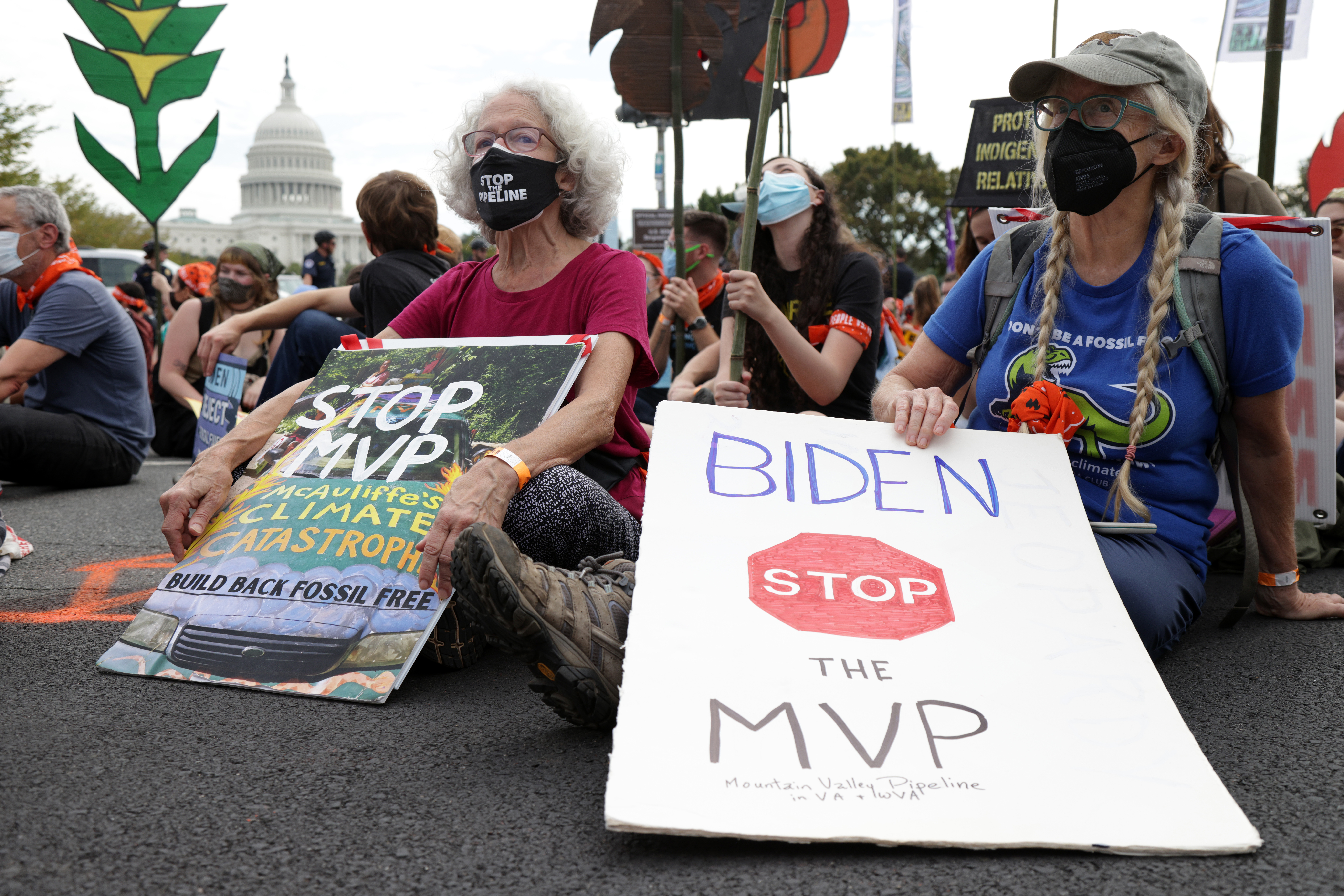 But President Joe Biden has yet to address the project even as his administration has shut down other pipelines, environmental activists have urged him to rescind the project’s permits and Democratic West Virginia Sen. Joe Manchin, who supports MVP, has pushed for the president to expedite the permitting process.

“Ultimately, the decision on MVP is one that President Biden can influence,” climate group Food & Water Watch stated in an October blog post.

A coalition of 60 environmental organizations called upon the administration to revoke the MVP’s permits in an April 2021 letter. The letter alleged the pipeline’s construction has already caused “irreparable harm to landscapes and clean water.” (RELATED: Biden’s Decision To Kill Keystone XL Has Come Back To Haunt Him: REPORT)

The White House and U.S. Forest Service didn’t respond to requests for comment from the Daily Caller News Foundation. The Bureau of Land Management declined to comment.

“The Service anticipates a request for reinitiation of consultation on the project and we are available to provide technical assistance to MVP and [the Federal Energy Regulatory Commission] as they consider their next steps,” Fish and Wildlife Service spokesperson Marilyn Kitchell said in a statement to the DCNF.

Kitchell didn’t comment on whether the agency supported the MVP project or how it would rule on future permit requests.

Meanwhile, the Henry Hub natural gas spot price, an indicator of U.S. gas prices, hit $7.86 per million British thermal units (MMBtu) on Tuesday while July 2022 futures hit $7.92 per MMBtu and December 2022 futures traded at $8.03 per MMBtu, according to the latest marketplace data. The average price of natural gas was $3.26 per MMBtu between 2010-2021 by comparison, federal data showed.