A slew of LGBT activists, including a man dressed as a “gender unicorn,” showed up to a California school board meeting on May 3 to protest parents concerned about sexual content taught to third-graders, according to photos obtained exclusively by the Daily Caller.

Members of the Glendale Unified School District (GUSD) community showed out to protest a group of parents who oppose teaching third-grade students about sexual orientation and gender identity. A parent told the Daily Caller that the protest was staged by a GUSD board candidate who is endorsed by the California Teachers Association and Glendale Teachers Association, the district’s teachers union.

Union members wore red in support of teaching the LGBT agenda to all ages. Notably, one man donned a “gender unicorn” costume and wore a rainbow mask. 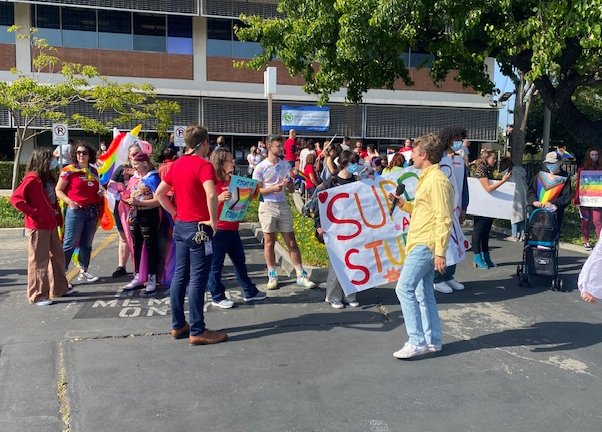 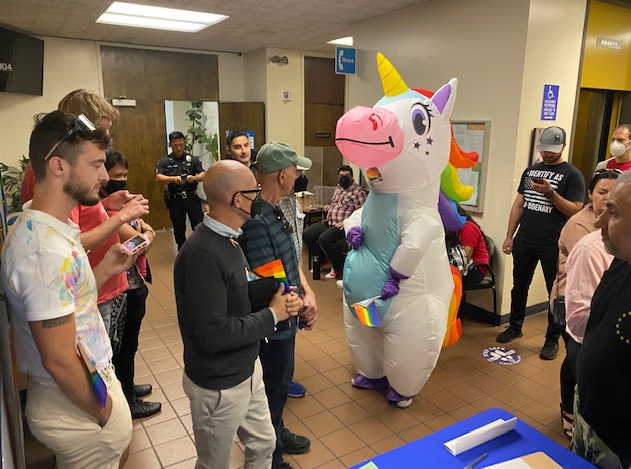 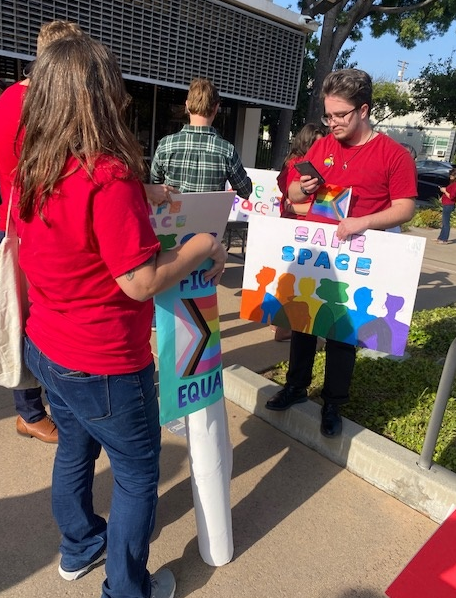 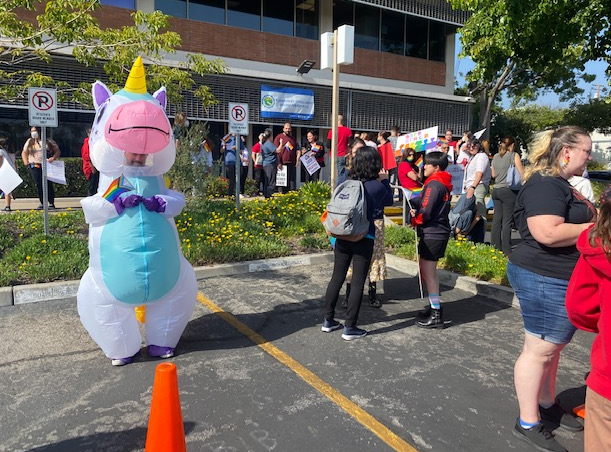 The protest was staged in opposition to parents who spoke at an April 19 Board of Education meeting condemning teacher Tammy Tiber. The educator reportedly subjected students to videos on LGBTQ ideology and comments about nudity, while administrators encouraged her to continue her agenda, according to emails obtained via a parent’s public records request.

Concerned mothers continued to speak out at the May 3 board meeting. One mother claimed that talking about sex with children is inappropriate, though she reiterated support for LGBT students and staff. Another mother dubbed Tiber a “rogue” teacher and claimed the district was “pushing their political ideology onto impressionable children.”

Several activists spoke at the board meeting, condemning parents and dubbing their opinion “frightening rhetoric.” A staff member at GUSD, who identified herself as the co-advisor to a high school Gay-Straight Alliance (GSA) club, said the club exists in high schools, middle schools, and elementary schools across the district.

Student activists used their time to insist that teaching the LGBT agenda in elementary school is “so important.” Another young person, who identified as “they/them,” repeated the phrase “please, stop playing politics with life.”

One activist flipped off concerned parents after giving an impassioned speech to the board.

Tiber, the teacher who reportedly taught about LGBT issues to eight-year-olds, spoke at the meeting. She donned a “Love Out Loud” t-shirt and claimed to be a victim of parent’s “hateful agenda.”

Tiber admitted that she used programming created by Learning for Justice, the educational arm of the left-wing Southern Poverty Law Center. Many parents expressed concern with educators using guidance from overtly political sources.

“The core concern parents expressed at the last school board meeting was that their third-graders were shown grossly inappropriate videos which contained sexual content and were not within the bounds of approved curriculum,” Ayrapetyan said.

“To demonstrate further hostility towards these concerned parents, a pride rally was organized … which resulted in disrespectful behavior and actions by pride participants towards GUSD parents,” Ayrapetyan continued. “This is completely unacceptable behavior … Parents feel not only disrespected, but very defeated and voiceless in regards to their children’s education.”

Glendale Unified School District’s spokeswoman Kristine Nam told the Daily Caller that the curriculum that upset parents is “not part of the district’s approved core or supplemental curriculum.”

“Glendale Unified has a thorough process in place for curriculum selection and adoption that has multiple opportunities for community input,” Nam said. “The district is continuing to investigate the allegations that the video was shown to third-grade students. There are no findings to report at this time.”

Nam condemned the concerned parents and told the Daily Caller that Tiber was relocated to another district assignment.

“We are saddened and disappointed that some members of our community have chosen to publicly harass a Glendale Unified teacher by name on social media,” the spokeswoman said. “To ensure our teacher’s safety, the teacher was given the opportunity to temporarily relocate to another district assignment.”