The Organization of the Petroleum Exporting Countries (OPEC), the powerful Middle Eastern oil cartel, stuck to its planned incremental production increase, shrugging off calls from the West for greater supply.

Both the cartel and Russia, collectively known as OPEC+, will stick to their plan to raise production by a modest 432,000 barrels per day in June, multiple delegates told Reuters, despite pleas from the Biden administration.

The White House has repeatedly called upon OPEC+ to boost its oil output over the last year as supply chains have been snarled amid the COVID-19 pandemic recovery. White House national security adviser Jake Sullivan said in August 2021 that OPEC’s production increases were “simply not enough.”

The report coincided with a European Union announcement that the bloc would implement a complete ban on Russian oil imports by the end of 2022, causing global oil prices to surge. The global Brent oil benchmark increased 2.75% to $108.85 a barrel while the U.S. WTI benchmark spiked 2.71% to $106.29 per barrel on Wednesday. (RELATED: ‘We Will Be Harming Ourselves’: Europe Unveils Russian Oil Ban, Signaling More Pain For Consumers) 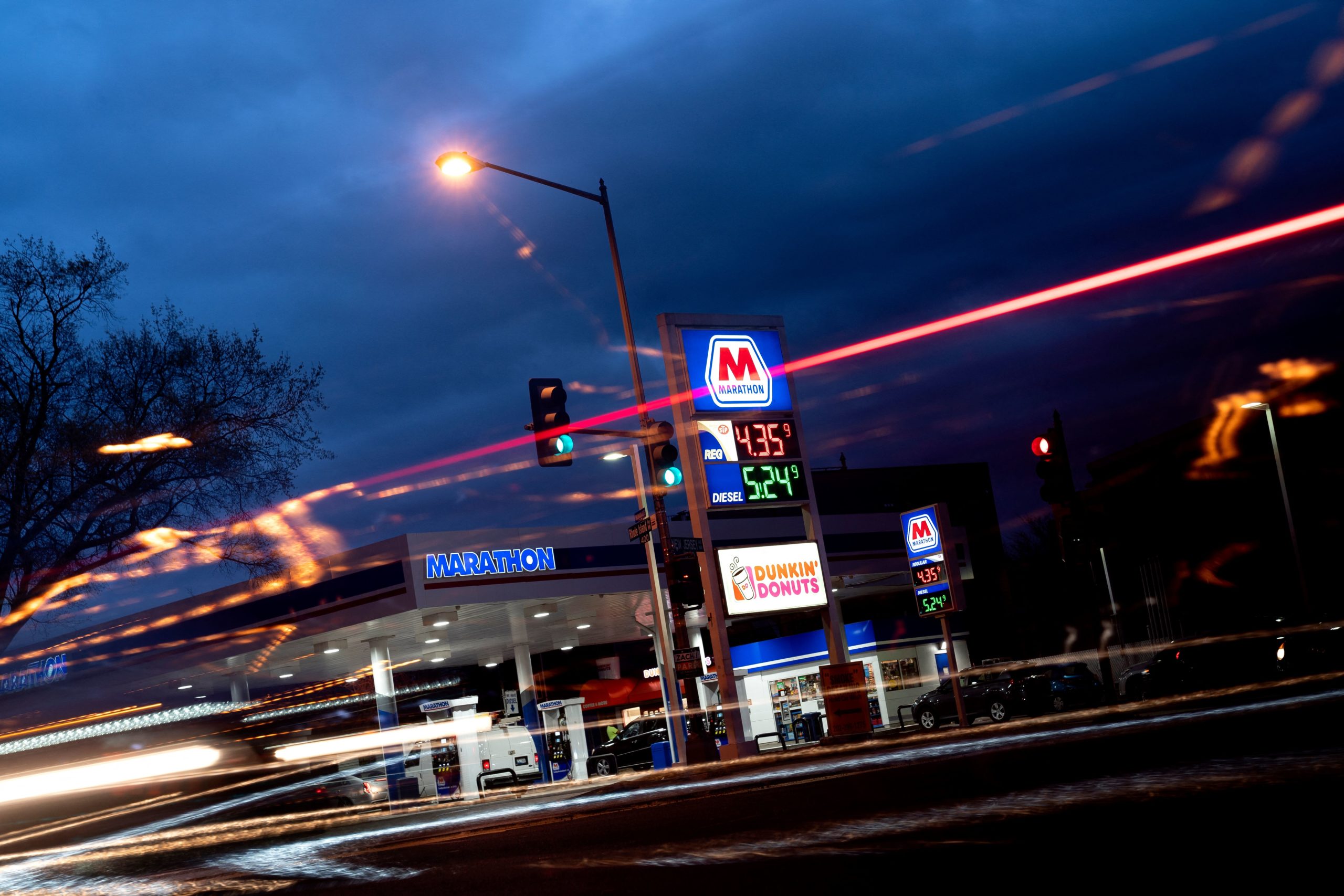 A vehicle drives past a Marathon gas station in Washington, D.C., on March 31. (Stefani Reynolds/AFP via Getty Images)

“OPEC+ will make the decisions as it always has, and we continue to be in touch with relevant OPEC+ partners on energy security and supply,” a senior Biden administration official told reporters in late March after the cartel stuck to a limited production boost.

U.S. relations with key OPEC members, meanwhile, have faced multiple setbacks in recent months, according to media reports. Leaders from both Saudi Arabia and the United Arab Emirates have reportedly turned down requests for a phone call with President Joe Biden, and Saudi Arabian Crown Prince Mohammed bin Salman reportedly yelled at Sullivan during an in-person conversation about oil, The Wall Street Journal reported in April.

Russia’s invasion of Ukraine has disrupted global energy markets, leading to higher prices worldwide. The average price of gasoline hit $4.23 a gallon on Wednesday, remaining near its all-time high of more than $4.30 per gallon set in April, according to Energy Information Administration data.

An internal OPEC document forecasted global oil demand to increase by 3.67 million barrels a day this year, a more than 11% decrease from previous projections, Reuters reported.