A Georgetown Law professor insinuated that it is appropriate to protest at the homes of conservative-leaning Supreme Court justices, according to tweets sent out following a leaked draft of the Supreme Court’s ruling on Roe v. Wade.

Professor Josh Chafetz argued that protesting outside six Supreme Court justice’s homes is permissible after fencing was put up around the Supreme Court building. The professor said that calls to “protest at the Supreme Court, not at the justices’ houses” are less persuasive because of the fence.

“The ‘protest at the Supreme Court, not at the justices’ houses’ line would be more persuasive if the Court hadn’t this week erected fencing to prevent protesters from coming anywhere near it,” Chafetz said.

“‘Protest neither inside nor too far outside but right at the fence line,’” the law professor continued. 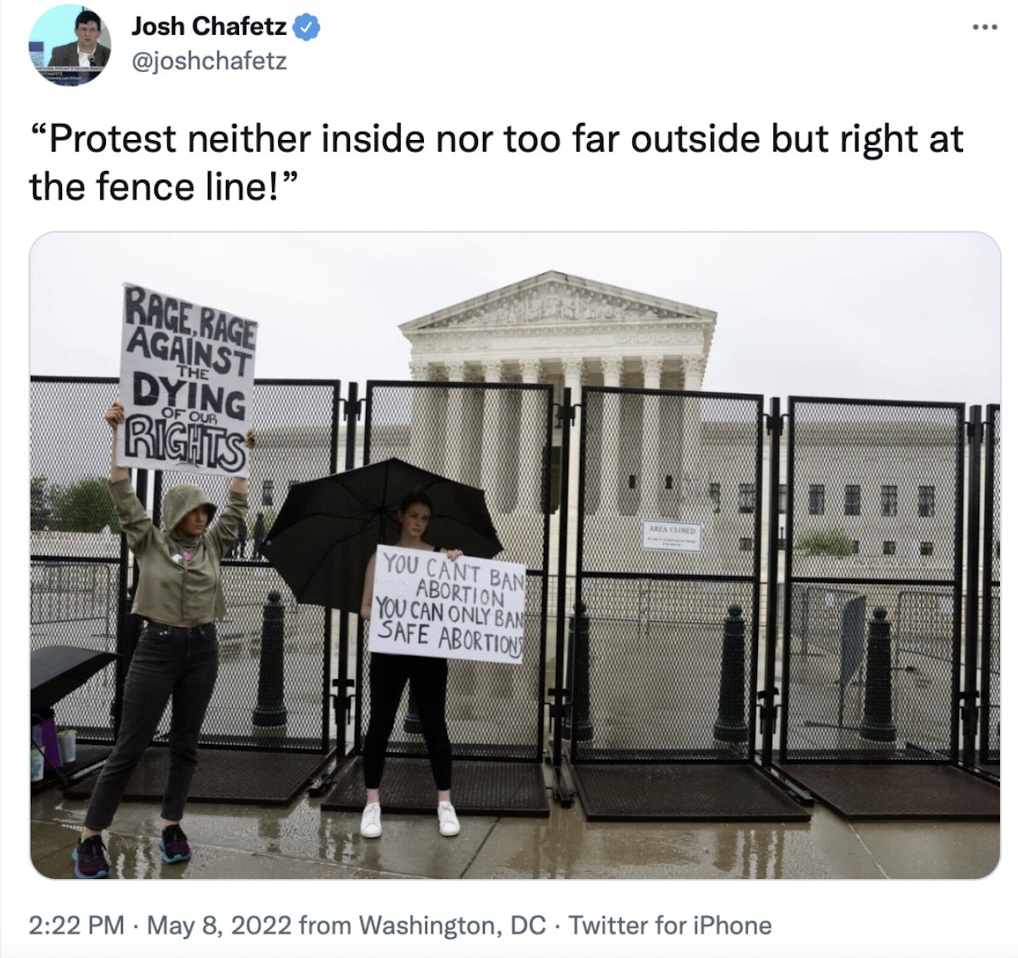 Chafetz continued by arguing that some “aggressive tactics are justified” when “the mob is right.”

“And before the ‘oh so you support J6 lmao!’ trolls show up: the difference is *substantive*. When the mob is right, some (but not all!) more aggressive tactics are justified. When not, not,” Chafetz said.

“If only I had justified mobbing justices’ homes instead of criticizing their selection by race and gender,” Shapiro said.

If only I had justified mobbing justices’ homes instead of criticizing their selection by race and gender… pic.twitter.com/FabzB1kqTM

Chafetz and Georgetown Law School did not respond to the Daily Caller’s request for comment.