Rick Jacobs, Garcetti’s deputy chief of staff and a long-time Democratic consultant, was accused of sexual harassment in a lawsuit filed in 2020 by a former Los Angeles Police Department officer assigned to Garcetti’s protection detail. President Joe Biden tapped Garcetti to serve as Ambassador to India in July 2021 and the Senate Foreign Relations Committee advanced his nomination in January.

A bipartisan group of senators has since expressed concern about Garcetti’s alleged knowledge of the reported sexual harassment, and Grassley and fellow Iowa Republican Sen. Joni Ernst placed holds on his nomination. The mayor testified during his confirmation hearing that he “never witnessed” the alleged behavior. (RELATED: LA Mayor Bans Unnecessary Walking As Part Of New COVID-19 Restrictions) 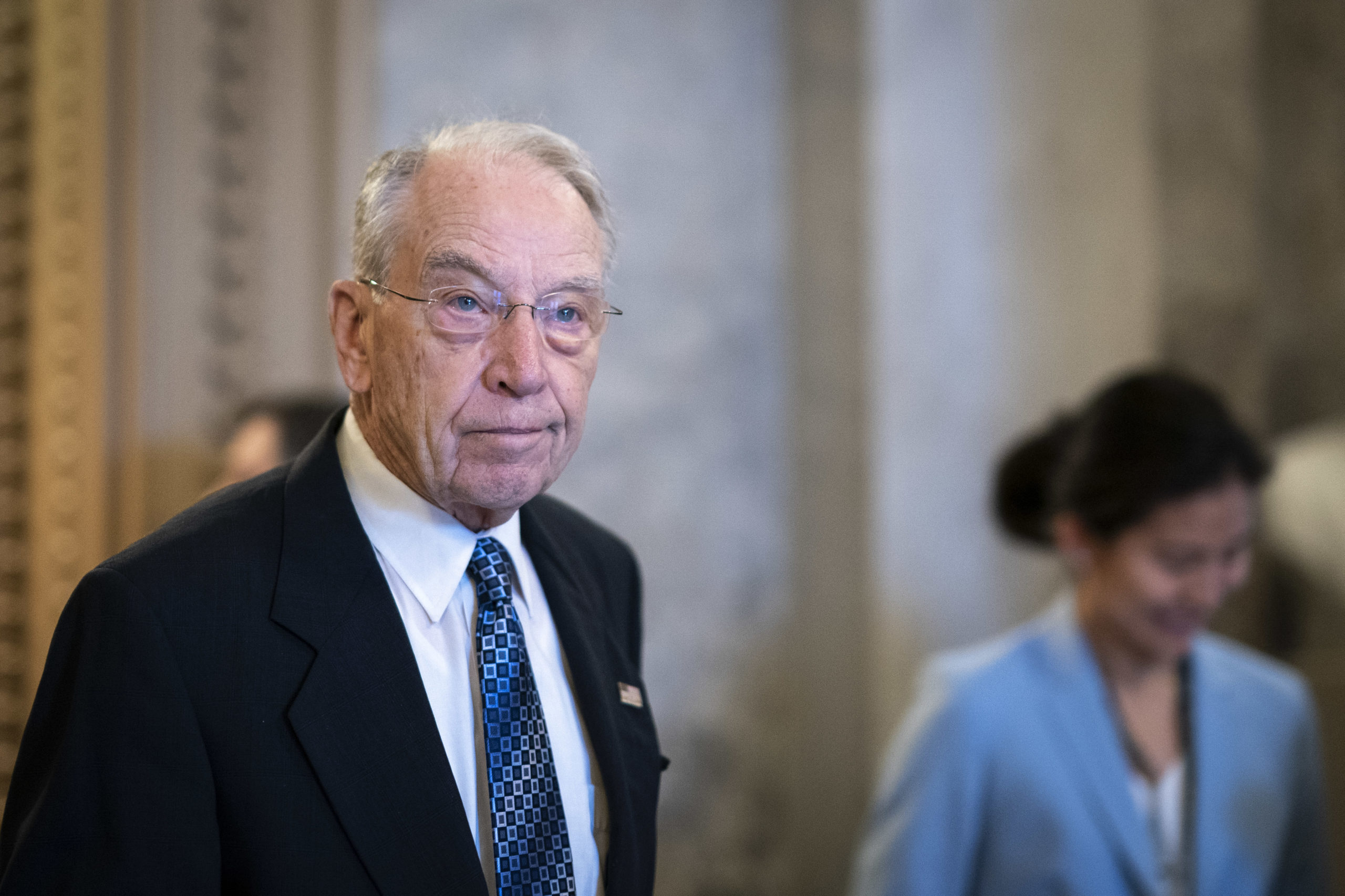 Grassley’s report contradicts both Jacobs’ denials of sexual impropriety, as well as Garcetti’s claims that he was not aware of Jacobs’ alleged behavior. According to the report, Garcetti “more likely than not… either had personal knowledge of the sexual harassment or should have been aware of it.” The report notes allegations by the police officer, Matthew Garza, former Garcetti communications director Naomi Seligman, Kirra Consulting partner Alec Evans, and former deputy press secretary Anna Bahr against Jacobs. It finds the allegations of all four complainants “credible,” noting Jacobs’ own admissions of them in a report submitted to the City of Los Angeles by attorney Leslie Ellis, as well as contemporaneous text messages and rumors about the top aide’s behavior.

The Ellis report found that Garza’s lawsuit “generally lacked credibility,” while Garcetti and other witnesses pushing back on the police officer’s allegations “provided credible accounts.”

In one instance, Jacobs was photographed with his hand hovering about Evans’ crotch. The picture was widely circulated within City Hall, according to the report, with several of Garcetti’s staffers viewing it. Several aides interviewed by Grassley’s investigators said that they did not report the photograph to the mayor, despite the fact that he also appeared in it.

“It is difficult for investigators to believe that senior staff would not alert Mayor Garcetti of such a damning photo unless this type of behavior was normalized and known to the Mayor,” Grassley’s staffers write.

“It is difficult for investigators to believe that senior staff would not alert Mayor Garcetti of such a damning photo unless this type of behavior was normalized and known to the Mayor.” pic.twitter.com/YrWG3y3Z3i

The Senate report also finds credible the alleged behaviors that led to Garza’s lawsuit, as well as concerns about Garcetti’s condoning of Jacobs. In several instances, Jacobs allegedly hugged Garza while making suggestive remarks. Jacobs’ comments included “you feel so strong,” “you’re so handsome,” you have “beautiful eyes,” and “I love my LAPD officers,” the report alleges. In addition, Jacobs allegedly massaged Garza’s shoulders while riding in the car with Garcetti, behavior Jacobs acknowledged he “possibly” engaged in.

Grassley’s report also pushes back against the report Ellis submitted to the City of Los Angeles. It notes that Ellis’ interviews were not kept confidential and that she was a city employee, meaning that interviewees could fear retaliation if they shared complaints about Jacobs. In addition, Ellis refused to update her findings even after Jacobs admitted to potentially feeling Garza’s biceps.

Grassley announced Tuesday that he would lift his hold on Garcetti’s nomination, although he added that he would not support his ambassadorship. Jacobs refused to speak with Grassley’s staffers, the senator’s office said in a press release, and Garcetti’s office declined three interview requests as part of the investigation. An early Biden supporter, the White House initially considered putting Garcetti forward for Secretary of Transportation, although Pete Buttigieg was ultimately nominated.