Republican Virginia Gov. Glenn Youngkin requested on Wednesday that Fairfax County police create an “expanded security perimeter” around the homes of three conservative Supreme Court justices who have been targeted by left-wing protesters.

“I fundamentally believe such demonstrations and picketing should not be allowed at the Justice’s homes as they are meant to intimidate and influence the Justices, not to mention, scaring their families and small children,” Youngkin wrote in a letter to the Fairfax County Board of Supervisors, first reported by Breitbart News.

Federal law prohibits “picket[ing] or parad[ing] in or near a building housing a court of the United States, or in or near a building or residence occupied or used” by judges for the purpose of “interfering with, obstructing, or impeding the administration of justice, or with the intent of influencing any judge.”

Youngkin added that he made the request in response to “credible and specific information received about upcoming activities planned at” the justices’ homes. The left-wing group Ruth Sent Us published the home address of the six Republican-appointed justices, and also claimed to support protests at churches. (RELATED: Left-Wing Group Targets Homes Of 6 Conservative SCOTUS Justices) 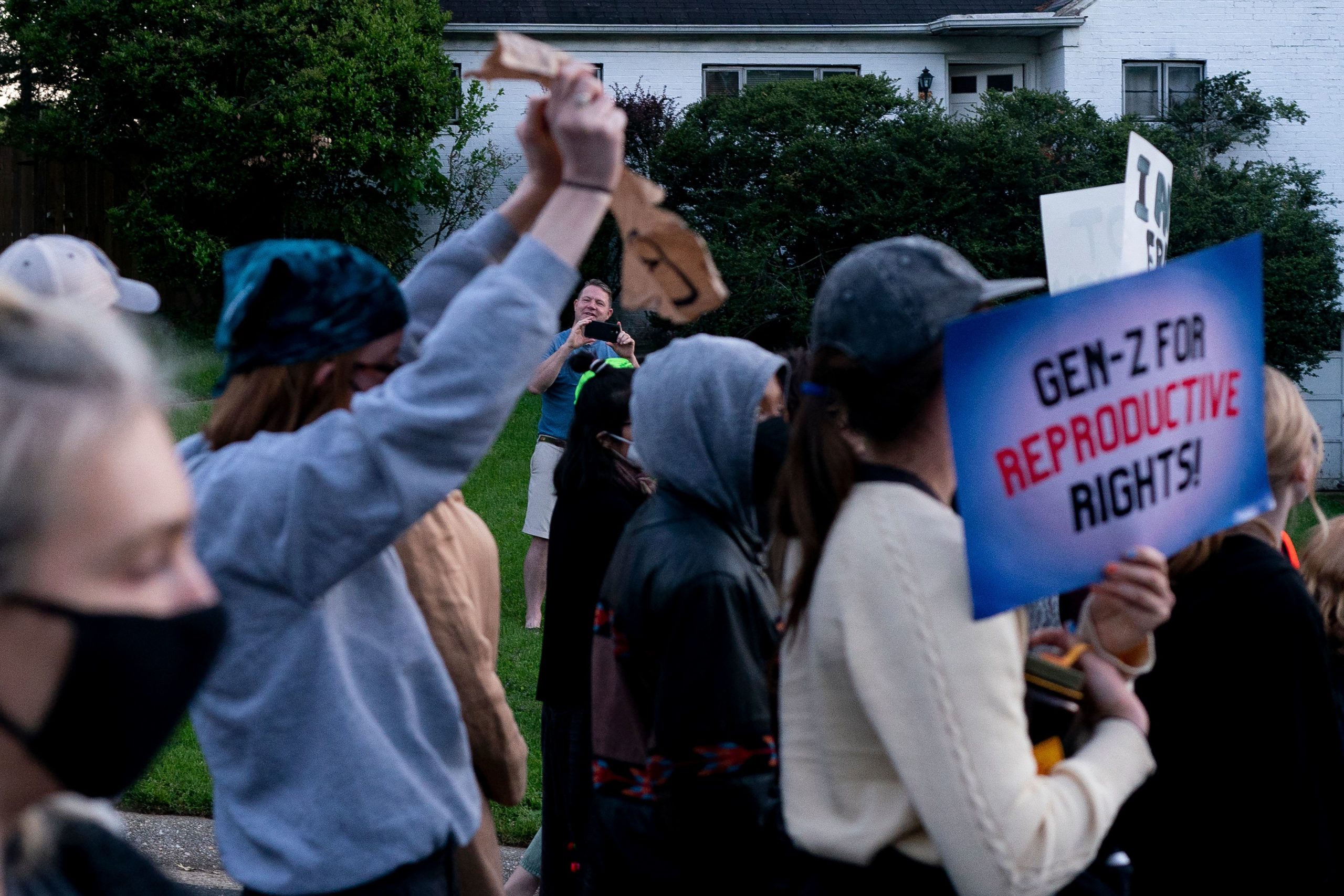 An on-looker records on their phone as pro-choice demonstrators march to the house of US Supreme Court Justice Samuel Alito in Alexandria, Virginia, on May 9, 2022. – The US Senate will vote on May 11 on a national abortion rights bill — a process likely doomed to fail — after a leaked draft decision signalled the Supreme Court’s readiness to overturn the 1973 Roe v Wade decision. (Photo by STEFANI REYNOLDS/AFP via Getty Images)

The Senate passed by unanimous consent on Monday a bill that would extend police protection to the immediate family members of Supreme Court justices. The bill has not yet passed the House of Representatives, however, with Democrats proposing to add police protection to law clerks. Republican Texas Sen. John Cornyn blasted the House legislation in a Wednesday floor speech, citing theories that a clerk leaked Alito’s draft opinion to Politico.