The Consumer Price Index (CPI), a metric the federal government uses to measure inflation, surged 8.3% over the last 12 months, the Department of Labor (DOL) announced Wednesday.

The key index ticked up 0.3% on a month-over-month basis between March and April, according to the DOL report published Wednesday morning. The report was largely in line with pre-report forecasts: economists surveyed by the Dow Jones predicted a monthly increase of 0.2% and a 12-month increase of 8.1%, CNBC reported.

“Now what we’re starting to see is that pressure is no longer emanating from the supply side — it’s emanating from the labor-market side. And that’s less likely to go away on its own,” Aneta Markowska, the chief financial economist at investment firm Jefferies, told The Wall Street Journal. “So the Fed will have to work that much harder to get us back to 2% inflation.”

While the report showed inflation remained at staggering heights last month, it represented the first time the year-over-year number has decreased since August 2021, Federal Reserve data showed. Inflation skyrocketed 1.2% in just one month in April and 8.5% between April 2021 and March, the fastest pace of inflation since December 1981, according to the DOL’s previous report.

In addition, core inflation — which excludes volatile food and energy prices — increased 0.6% between March and April, and 6.2% between May 2021 and April. The price of rent, medical care, used vehicles and transportation all sharply increased last month, the DOL reported.

“The main point that I can’t stress enough is that inflation is a hidden tax,” E.J. Antoni, a research fellow at The Heritage Foundation’s Center for Data Analysis, told the Daily Caller News Foundation. “It robs people of they are purchasing power, transferring it to the government. This is how the Biden administration is paying for trillions of dollars of unfunded government expenses.”

“The average worker has lost the equivalent of about $2,600 in annual income since Biden took office through inflation,” he continued. 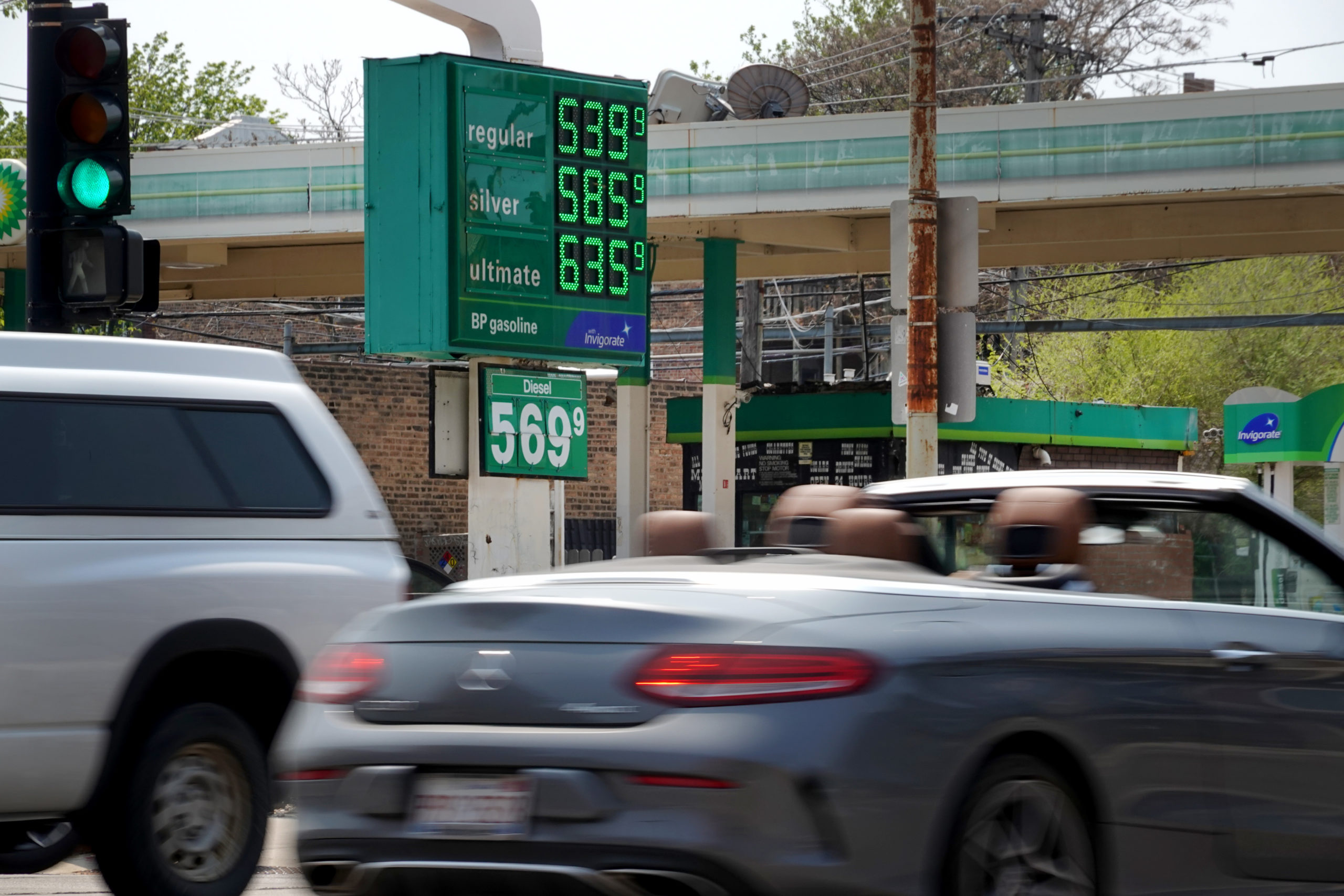 Gasoline costs, a major driver of headline inflation, declined through much of April, Energy Information Administration data showed. However, pump prices surged to an all-time record of $4.40 per gallon on Wednesday, according to AAA data.

President Joe Biden, meanwhile, skirted the blame for inflation on Tuesday after he was asked if his policies have helped or hurt consumer prices. Inflation was at 1.4% in January 2021, the month Biden took office. (RELATED: ‘That Strength That We’ve Built Is Inflation’: Biden Attempts To Explain Plan To Address Rising Prices)

“I think our policies help, not hurt,” the president told reporters. “Think about what they say. The vast majority of the economists think that this is gonna be a real tough problem to solve, but it’s not because of spending.”

Larry Summers, a former National Economic Council director and treasury secretary, and other economists have blamed the administration for inflation, arguing the massive COVID-19 stimulus package Biden signed in March 2021 has led to higher prices. The White House, though, continues to push more spending packages.

“Each month, President Biden has a new excuse for inflation,” House Select Committee on the Economy Ranking Member Bryan Steil told the DCNF in a statement. “When will Biden and Pelosi take accountability for the record increase in prices their policies have created? Workers and families are getting clobbered by higher costs. The American people cannot afford to pay for more of their reckless policies.”

Antoni also criticized Biden for skirting the blame on inflation.

“The performance by Biden yesterday was an affront to monetary theory,” Antoni told the DCNF. “In a series of semi-coherent sentences, he bizarrely blamed inflation on just about everything except the only real cause: the government printing too much money to pay for too much spending.”