The committee is attempting to compel testimony from House Minority Leader Kevin McCarthy, Ohio Rep. Jim Jordan, Alabama Rep. Mo Brooks, Biggs and Perry about their alleged interactions with former President Donald Trump, members of the Justice Department, and planners of the Jan. 6 “Stop the Steal” rally. Brooks has publicly spoken about his interactions with Trump both before and after the riot, and leaked audio tapes revealed that McCarthy discussed Trump’s removal from office through either resignation or the 25th Amendment with members of his leadership team.

Perry called out the committee for publishing a press release detailing the subpoenas before serving individual members.

“That this illegitimate body leaked their latest charade to the media ahead of contacting targeted Members is proof positive once again that this political witch hunt is about fabricating headlines and distracting the Americans from their abysmal record of running America into the ground,” he said in a statement.

“Today’s actions by the Jan. 6 committee are pure political theater,” Biggs told the Daily Caller in a statement. “The subpoenas and news of their issuance were leaked to the media before the impacted Members.”

“The Jan. 6 Committee’s ongoing, baseless witch hunt is nothing more than an effort to distract the American people from the Democrats’ and Biden’s disastrous leadership,” he added. (RELATED: Jan. 6 Committee Issues First Subpoenas To Four Trump Aides, Allies)

Brooks, McCarthy, and Jordan did not respond to the Daily Caller’s request for comment on the matter.

Refusing to sit for interviews could leave Biggs and Perry open to contempt of Congress charges. The full House of Representatives has already voted to hold several Trump allies, including former chief strategist Steve Bannon and former Chief of Staff Mark Meadows, in contempt. The Justice Department is responsible for prosecuting contempt of Congress charges, which can be dropped with a simple majority vote in the lower chamber. 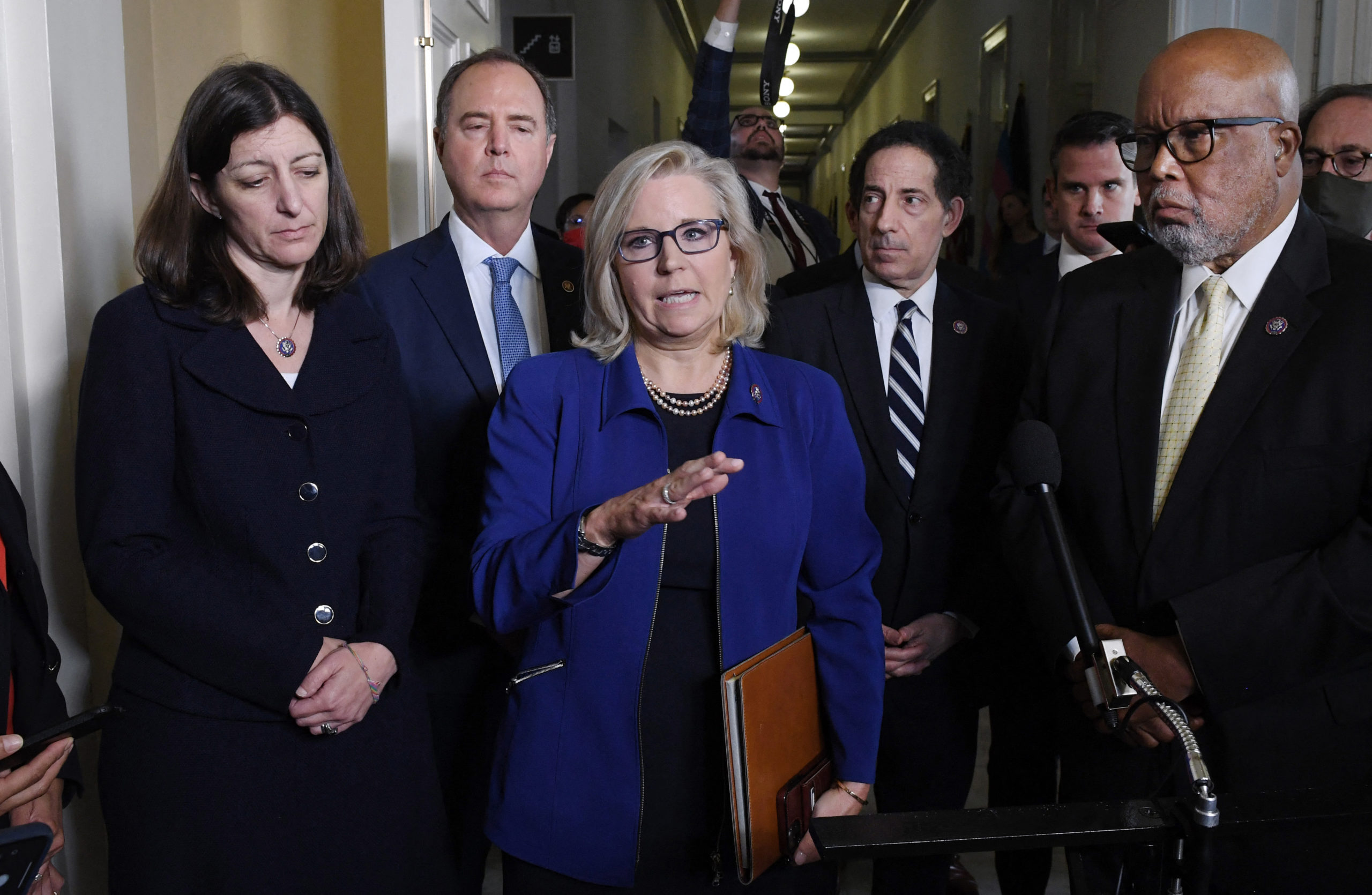 (L-R) US Representatives Elaine Luria, Adam Schiff, Liz Cheney, Jamie Raskin, Adam Kinzinger and Chairman Bennie Thompson, speak to the media following testimony during the Select Committee to Investigate the January 6th Attack on the US Capitol adjourned their first hearing on Capitol Hill in Washington, DC, on July 27, 2021 (Photo by OLIVIER DOULIERY/AFP via Getty Images)

All five Republicans’ previous refusal to sit down for voluntary interviews made the subpoenas necessary, committee chairman and Democratic Mississippi Rep. Bennie Thompson said in a statement.

“Before we hold our hearings next month, we wished to provide members the opportunity to discuss these matters with the committee voluntarily. Regrettably, the individuals receiving subpoenas today have refused and we’re forced to take this step to help ensure the committee uncovers facts concerning January 6th. We urge our colleagues to comply with the law, do their patriotic duty, and cooperate with our investigation as hundreds of other witnesses have done,” he said.

Republicans have pledged to shut the committee down should they take back the House of Representatives in the November midterm elections. Thompson has said that the committee is hoping to hold public hearings about its findings and issue a final report before the midterms.

No sitting member has ever been held in contempt of Congress, and the ability of congressional committees to enforce subpoenas against sitting members is unclear, according to CNN’s Ryan Nobles.