The U.S. stockpile of diesel fuel, which is vital for the transportation sector and economy at large, hit a nearly two-decade low as fuel prices hit a record high Wednesday.

The nationwide stockpile of distillate fuel oil — a category that includes diesel and fuel oil — declined to about 104 million barrels, the lowest level since May 2005, the Energy Information Administration (EIA) reported Wednesday. East Coast inventories declined to 21.3 million barrels of diesel fuel or about two weeks worth of supply, the lowest level since data was first recorded in 1990.

“I wouldn’t be surprised to see diesel being rationed on the East Coast this summer,” John Catsimatidis, the CEO of United Refining Co., told Bloomberg on Wednesday. “Right now inventories are low and we may see a shortage in coming months.”

Diesel, which has been characterized as the “lifeblood of the global economy,” is vital for the construction, mining and agriculture sectors. The transportation industry alone consumed 122 million gallons of diesel per day in 2020.

“What we’ve seen this year has been the capabilities to turn oil into diesel and gasoline and jet fuel have diminished,” Jacques Rousseau, a managing director at Clearview Energy Partners, told The Daily Caller News Foundation in an interview.

Rousseau added that diesel fuel inventory levels and production have plummeted due to a decrease in refinery capacity nationwide. Several refineries, which process crude oil and turn it into diesel, have closed in recent years largely due to the COVID-19 pandemic-induced recession in 2020, he said. 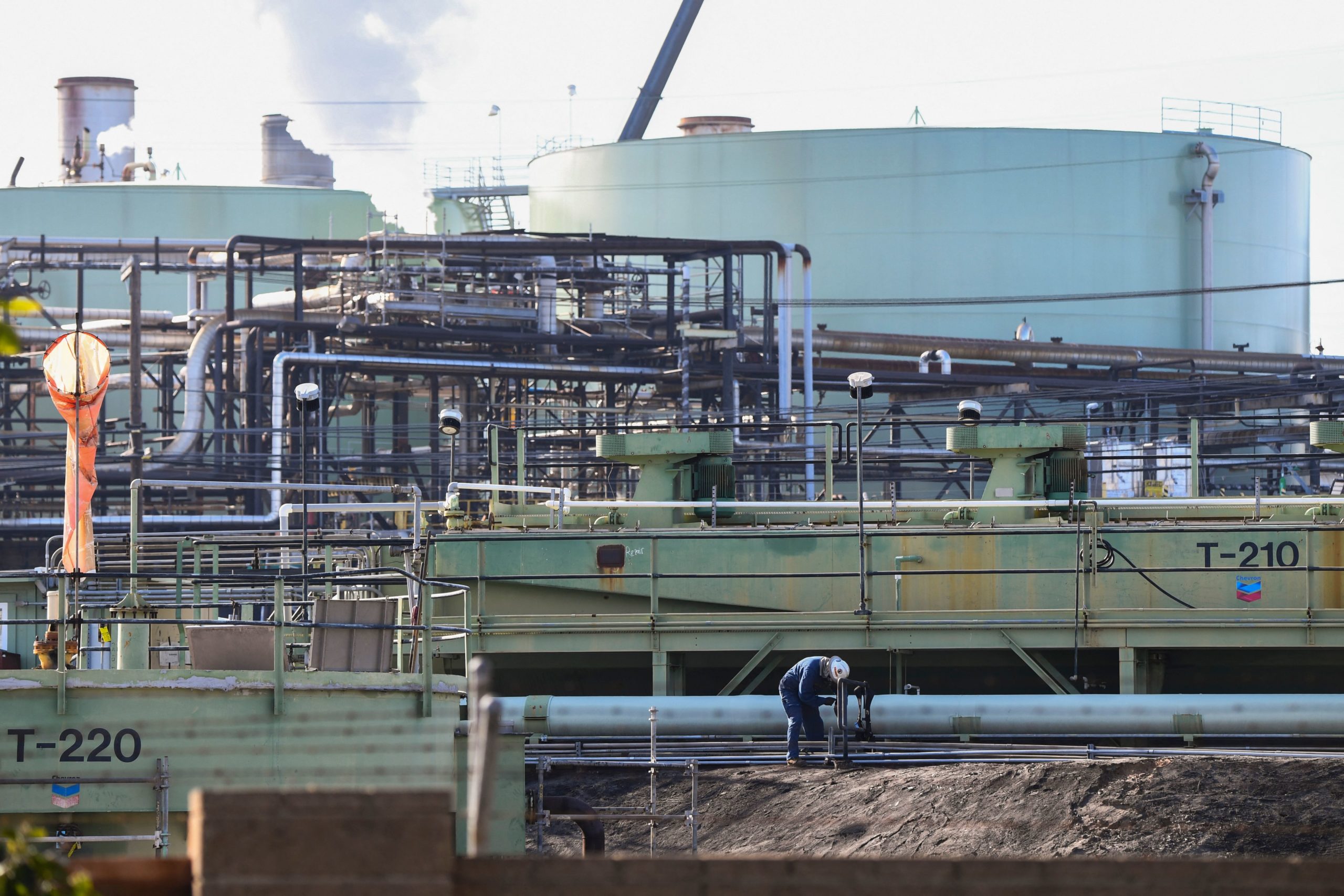 A worker is pictured at the Chevron refinery in El Segundo, California, on on Jan. 26. (Patrick T. Fallon/AFP via Getty Images)

Meanwhile, bans on Russian fuels in the U.S. and Europe amid the Ukraine crisis has put even more pressure on the American energy industry which has sought to fill the gaps in the global supply chain. Although the U.S. is a net exporter of distillate fuel oil, it imported 77,000 barrels of the product from Russia in February.

“A lot of countries won’t accept Russian fuels anymore. So, that has caused a need for more diesel around the world and the U.S. is a major exporter of refined products. So U.S. diesel exports are up,” Rousseau told TheDCNF. “So, you have less capabilities, you got more exports and so what that’s doing is it’s drawing down the inventory levels in the U.S.”

Increased fuel prices and the decline of diesel inventory levels have already led to higher consumer costs, he added.

The two largest American transportation and freight companies — UPS and Union Pacific — have upped their individual fuel surcharges to account for the market instability. Union Pacific, which transports freight via rail, hiked its surcharge to a whopping 39% this month.

In addition, the U.S. food sector has also been impacted by the higher fuel prices. Higher diesel prices are “certainly going to translate into more expensive goods,” Patrick De Haan, an analyst at the research firm GasBuddy, told CNBC.

Tyson Foods, one of the largest U.S. food producers, noted that ” inflationary pressures across the supply chain” have led to higher costs in its earnings report Monday. Food prices increased 9.4% between May 2021 and April, the largest jump since 1981, according to the Department of Labor.