The federal government has assembled a 21-agency working group to study and assess the environmental impacts of the ongoing war in Ukraine.

The “Interagency Working Group on Environmental Damage in Ukraine” — which was assembled by the Department of State and includes officials from the Environmental Protection Agency, National Oceanic and Atmospheric Administration and Department of Defense — has met weekly for about a month, Axios first reported Friday.

“The State Department leads the Interagency Working Group on Environmental Damage in Ukraine with participation from 21 federal agencies,” a State Department spokesperson told The Daily Caller News Foundation in a statement.

The spokesperson declined to share further details on the effort. (RELATED: John Kerry Doubles Down On His Tone Deaf Ukraine War Remarks) 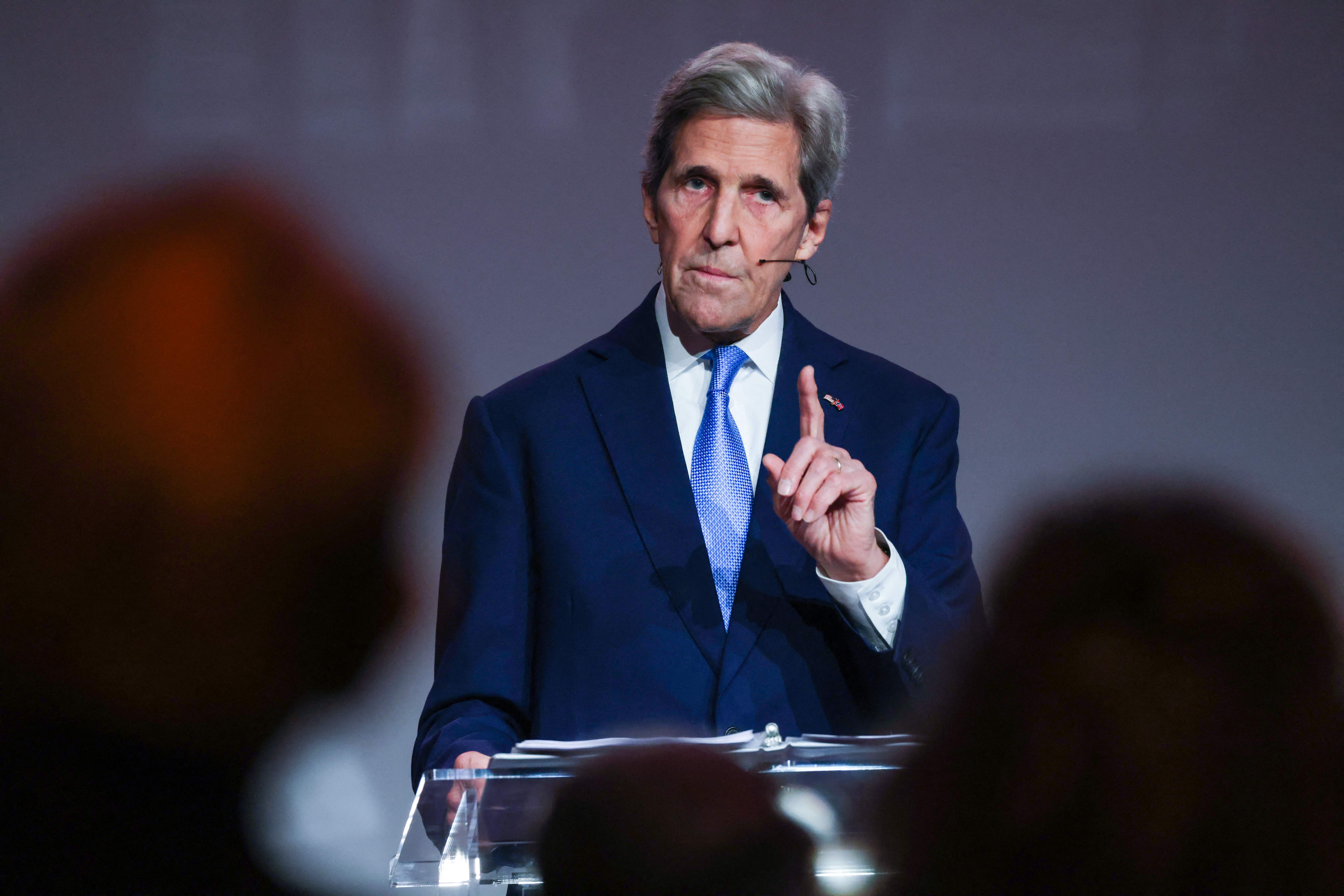 U.S. Special Presidential Envoy for Climate John Kerry speaks at the Norwegian Ministry of Climate and Environment on May 6. (Ørn E. Borgen/NTB/AFP via Getty Images)

Ukrainian citizens could be severely impacted if water treatment plants, fuel depots and hazardous waste sites, for example, are destroyed amid the war, Axios reported.

Former Secretary of State John Kerry, who President Joe Biden appointed as the first-ever U.S. climate envoy, has repeatedly sounded the alarm on the potential climate impacts of Russia’s invasion of Ukraine. He has also expressed concern the war would distract from efforts to address global warming around the world.

“What’s happened in Ukraine has not helped to concentrate people on reducing [emissions],” Kerry told The Washington Post in April. “It’s concentrated people on trying to find substitutes for Russian gas and to meet higher levels of production because of low supply.”

“Equally, importantly you’re going to lose people’s focus,” Kerry said in an interview with the BBC in February. “You’re going to lose certainly big country attention because they will be diverted and I think it could have a damaging impact.”