Just 27% of small business owners agreed the economy was in “good” or “excellent” condition, according to a Job Creators Network Foundation poll released Friday and shared with The Daily Caller News Foundation. The figure represented the lowest rating of the current economic situation among small business owners since the group began the poll a year ago.

The poll found that small business owners who employed fewer than 20 workers were the most negative about the economy.

“While the Biden administration is touting a ‘small business boom’ and misdirecting the public, our polling shows without a doubt that Main Street is suffering,” Job Creators Network Foundation president Elaine Parker said in a statement shared with TheDCNF.

“Small businesses are having a difficult time grappling with persistently high inflation, disruptive supply chain problems, and labor shortages—not to mention the threat of higher taxes and government red tape,” she continued. “It’s time for the White House to stop playing the blame game and take some responsibility.” (RELATED: Dems’ Favorite Inflation Talking Point Just Got Debunked In Epic Fashion)

A whopping 90% of small business owners said the U.S. should boost manufacturing and decrease reliance on foreign imports to create jobs, improve the economy and address domestic supply chain issues, according to the poll, while 57% of respondents added that they would need to soon make “significant operational adjustments” to stay afloat. 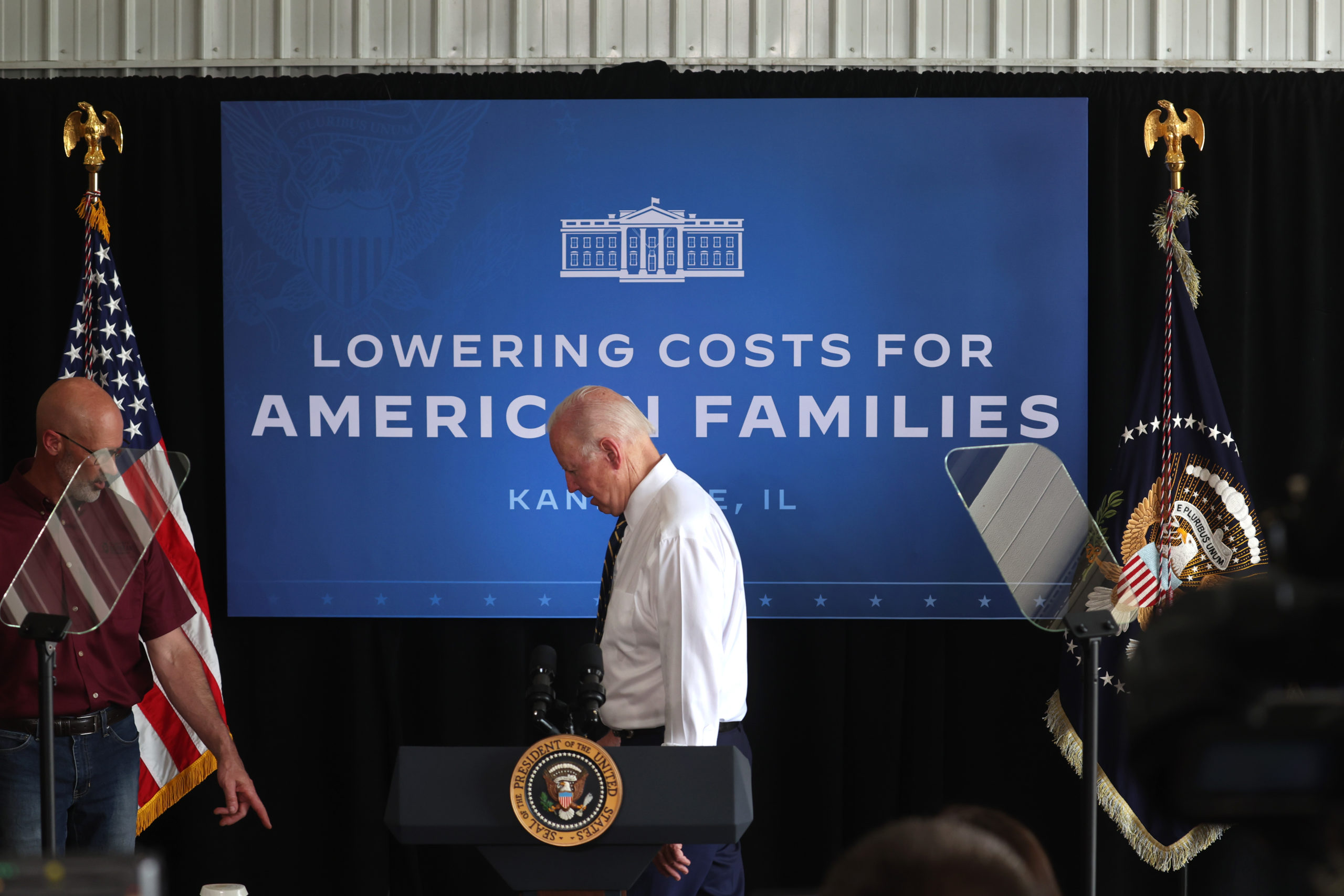 President Joe Biden arrives for an event on May 11 in Kankakee, Illinois. (Scott Olson/Getty Images)

The Consumer Price Index, a key metric used by the Department of Labor (DOL) to measure inflation, surged 8.3% over the 12-month period ending April, federal data released Wednesday showed. Excluding March, the number was the largest increase since January 1982.

A separate inflation metric that tracks wholesale prices skyrocketed 11% year-over-year in April, down from the record 11.5% increase reported in March, according to a DOL report Thursday.

The first Job Creators Network Foundation poll released in May 2021 showed that 35% of small business owners predicted Biden’s economic and tax policies would help them while 42% said the president’s policies would hurt them.

This article has been updated to clarify that small businesses’ views of the current economy, not overall optimism, is at an all-time low.